Amazon's explosive growth has fueled both progress and problems in Seattle. 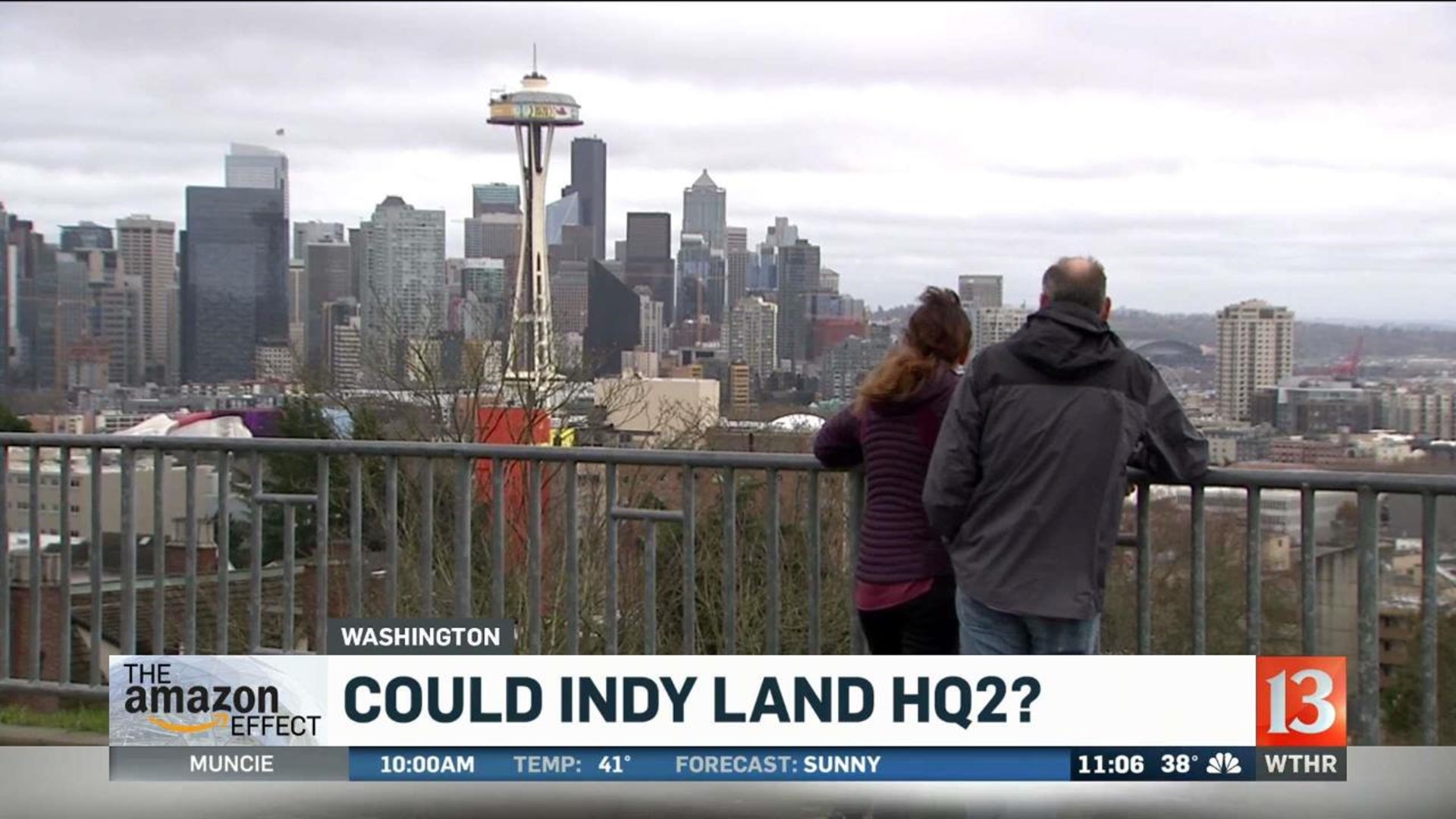 SEATTLE (WTHR) — The nation's biggest retailer is currently running the biggest sweepstakes in the history of the world. Amazon's new HQ2 could bring 50,000 jobs and billions in investment to whichever city wins, and right now, Indianapolis could still be holding the winning ticket.

WTHR's Scott Swan went to Seattle to see how HQ1 had impacted the city. He found the "Amazon Effect" is fueling both progress and problems.

Seattle is home to the Space Needle, Puget Sound, Pike Place Market, and Amazon, which dominates the downtown landscape.

There were thirteen cranes in downtown Seattle — a sign of the growth and development in the city. Residents say the online retailer has brought a lot of good things to the city like people moving in and new restaurants popping up. But there are also downsides, like housing prices skyrocketing an homelessness increasing.

So what might an Amazon campus look like in Indy? For starters, probably not the size of HQ1. The Seattle campus is 8 million square feet — about the same size as half of the Indianapolis Motor Speedway or equal office space to eight Salesforce Towers.

The 50,000 brought in by Amazon would be high-paying — six figures — which may be what's driving housing prices up in Seattle. Many people earning less can no longer afford to live in the city. In addition, those jobs are unlikely to all go to Indiana residents.

As Eyewitness News continues to look at the "Amazon Effect" on Seattle, it may shed light on whether a headquarters in Indianapolis would be a good move for the city.