The Cooking Couple: To be great cooks, they first had to be great spouses 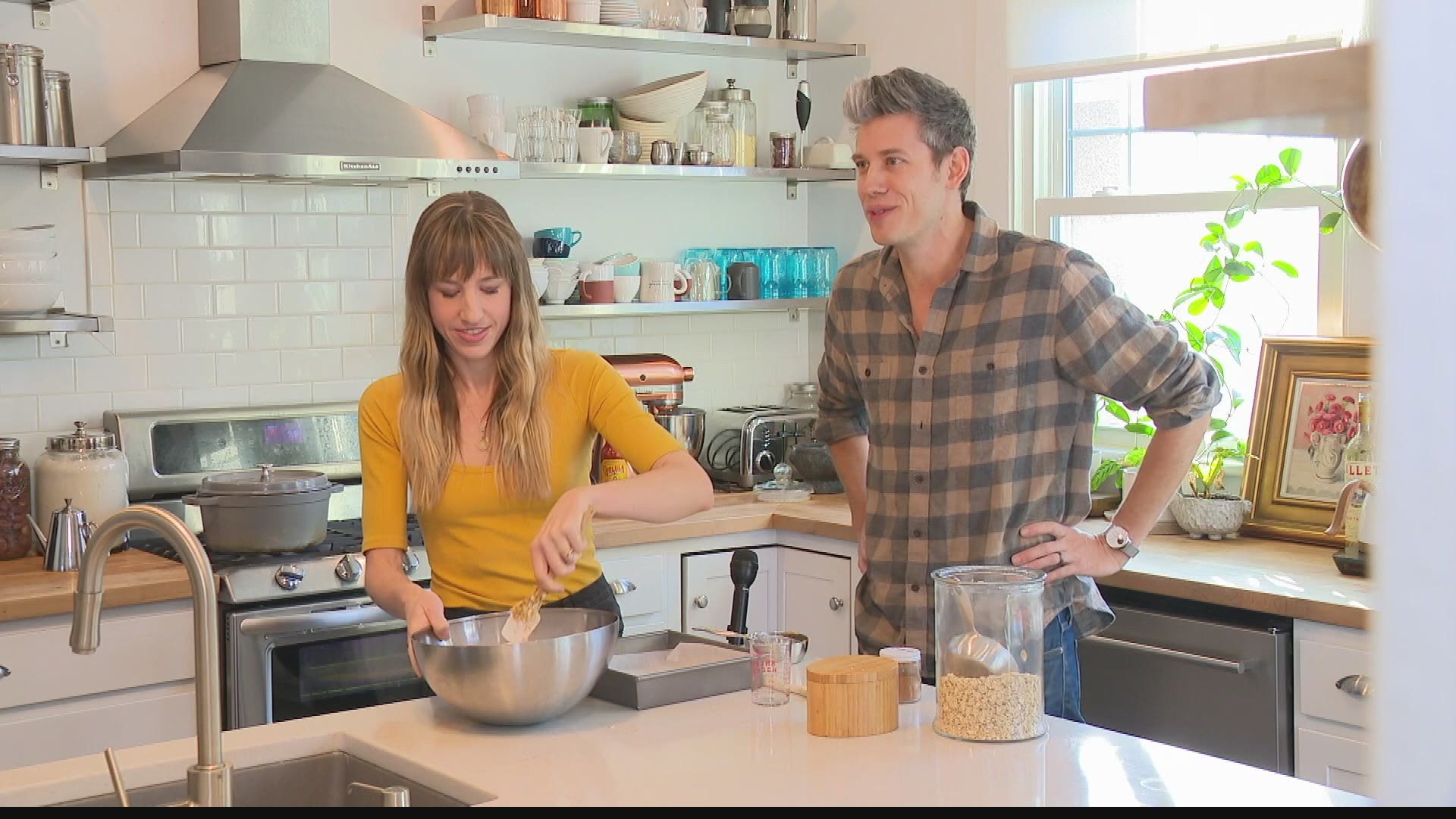 INDIANAPOLIS — As part of our Best You in 2021 series, 13News is always looking for Hoosiers who want to be at their best at all times. Indianapolis couple Sonja and Alex Overhiser are doing just that.

After they got married several years ago, Sonja and Alex gave up fast food and started cooking only the freshest, healthiest dishes for each other.

"I did not cook until I met Alex," Sonja said. "It wasn't until we got married, and we got a house, and we said, 'We want to have people over for dinner,' that we realized we could not serve them hot pockets or breakfast cereal. We had to learn how to make something adult."

Sonja and Alex slowly started experimenting in the kitchen, which didn't go so smoothly at first.

RELATED: How a local couple found their happiest moments through cooking

They quickly realized that in order to be great cooks, they first had to be great spouses.

Sonja credited humility and listening as the keys to keeping their happiness inane out of the kitchen.

"I think in any good relationship, the ability to listen to the other party and then step back and say, 'Alright, what's most important in this relationship is having fun together in the kitchen, not having the most perfect recipe.'"

Their positive thinking paid off. Sonja and Alex started an award-winning cooking blog, followed by a successful cook book, "Pretty Simple Cooking," which can be ordered here.

All the while, they managed to start a family, as well.

"When you have a 3-year-old at home during quarantine, you need a lot of activities for him," Alex said.

"We find that when our son helps with recipes, he's much more excited about eating them, as well."

Sonja and Alex believe the key to great food is cooking with only the freshest ingredients. That's why they spend so much time shopping at farmers' markets all over central Indiana.

So how have they kept their sanity living and working together during the pandemic for the past 11 months? They set a specific daily work schedule, which usually includes some sort of exercise, and they make sure they stick to it to avoid falling into depression during these difficult times.