While the pandemic kept his art gallery from a grand opening, Justin Vining was able to focus on the art and create some of his best work. 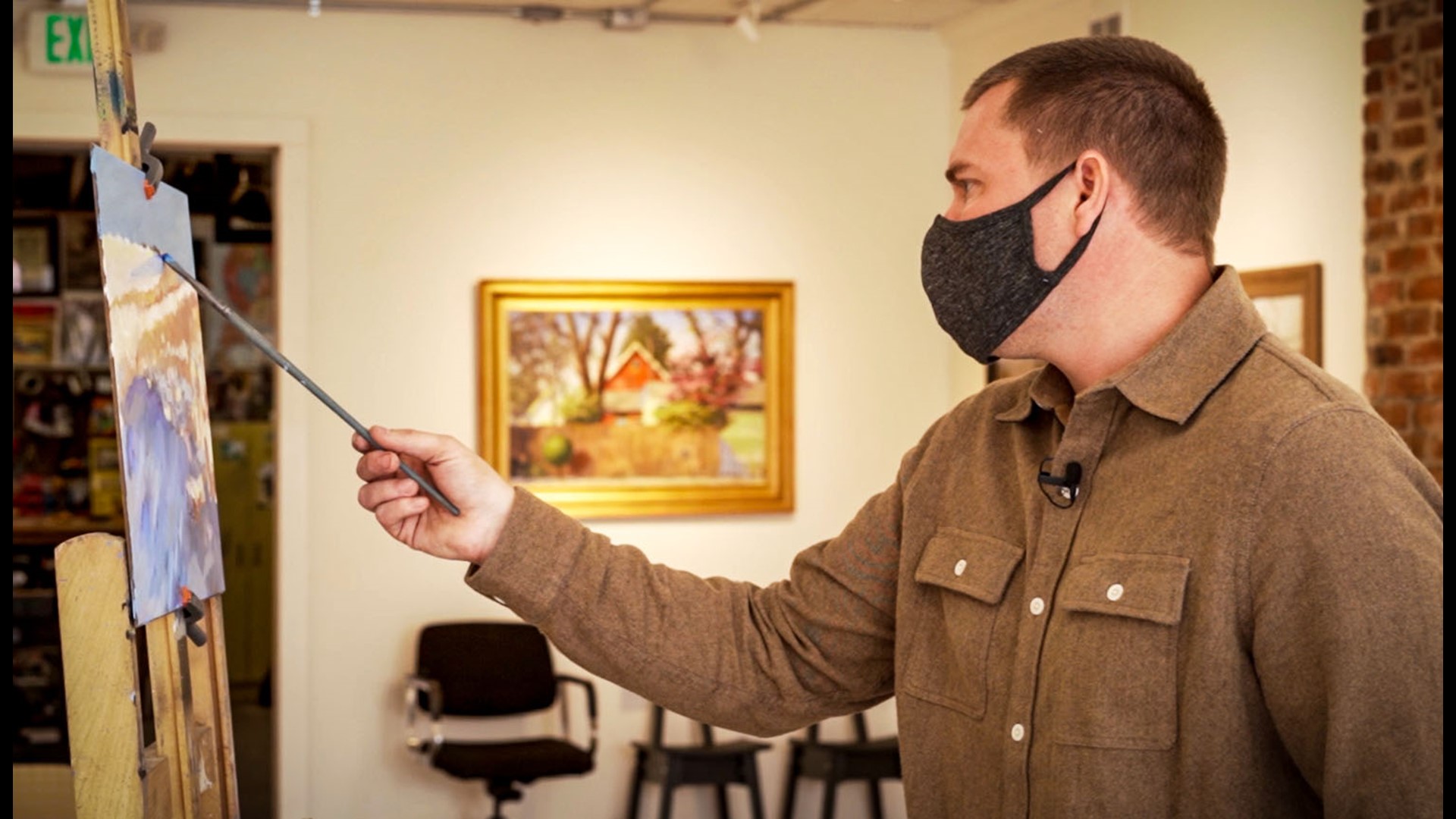 INDIANAPOLIS — No matter the weather, Justin Vining gets outside every day and paints. It's part of the routine he credits for helping him survive the pandemic.

His canvases featuring Indiana landscapes and city scenes are nonessential, so maintaining sales required him to quickly pivot.

"It was scary," Vining said.

The stay-at-home order last March canceled Vining's new gallery opening on 10th Street in Indianapolis. He and his brother bought the site and renovated it into a studio and law office to share. No opening meant no audience to see — or buy — all the inventory Vining had created and stored in the months leading up to the launch.

He spent a few moments feeling broken and bewildered, and then he got busy. He started taking pictures of all his work to post online.

"I did not have a shop on my website at that time, so I quickly learned how to build a shop and put all my paintings on the internet, and we hosted the opening virtually that day," Vining said.

After that, Vining was one of a dozen artists featured in WTHR's
Artist Showcase, which put a spotlight on local talent separated from their customers as festivals, fairs, and First Friday events were canceled.

Credit: WTHR/Steve Rhodes
Justin Vining's Indianapolis art gallery features his work that he had created and stored during the pandemic.

Spending less time going to and hosting events allowed Vining to focus on his work.

"I really put a lot of energy and thought into the PR and marketing aspects of my business. And to have a year where I did very little of that, it certainly did free me up to paint a lot more. I spent a lot less time with Microsoft Excel, and a lot more time with the paintbrush in my hand," Vining said. "I've pained as much as I ever have. I feel like my paintings are as strong as they've ever been."

Vining said he's had record sales to a wider audience.

"Last show, we sold 100 paintings, and I've shipped over 30 of them outside of our city," Vining said.

Eventually, Vining would like to teach painting and host workshops in the new gallery when the public is more comfortable gathering in groups. But in the meantime, you're more likely to find the plein air painter capturing a neighborhood scene in Irvington or spring in the hills of Brown County.

The year is not what Vining planned for; it was better and allowed him to move closer to a Best You.