Amber Marks volunteered at animal shelters for years before realizing she needed to start her own shelter specifically for her favorite breed. 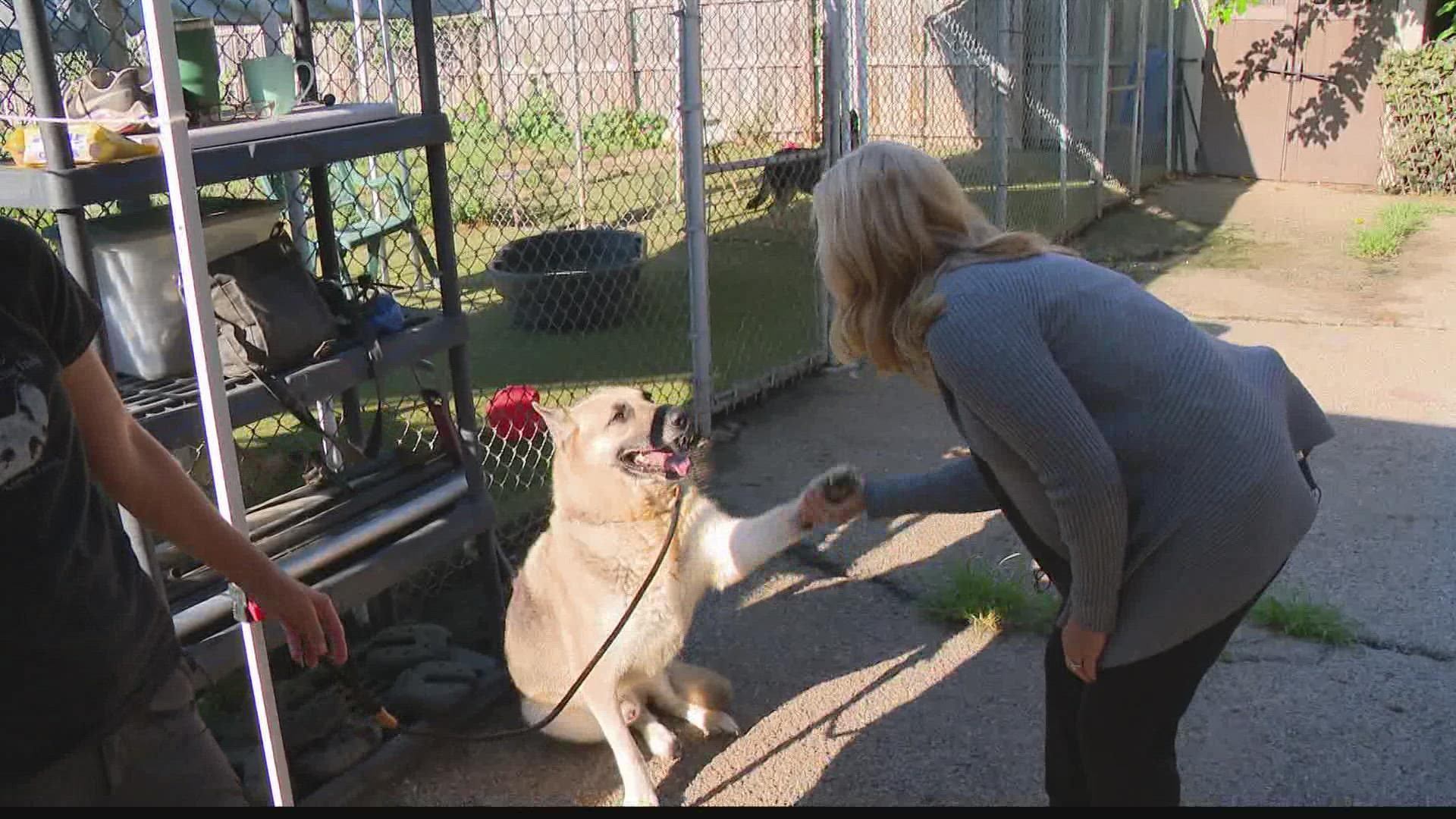 INDIANAPOLIS — German shepherds are an amazing breed, but may not be for every family, and because of that, many end up in shelters.

But one Indianapolis woman is hoping to give the breed a second chance.

Amber Marks has volunteered at animal shelters for years, but when she noticed her favorite breed, German shepherds, were harder to find homes for because of their temperament, she decided to start her own rescue, specifically for German shepherds.

"Well before I started the rescue, I volunteered for six years, and just became enamored with the German shepherd breed," Marks said.

The decision to start German Shepherd Rescue & Sanctuary was truly a labor of love. "If I had known how hard it would be, I don't know if I would have done it."

Marks said German shepherds are magnificent dogs, and they're smart — which is what can get them into trouble. It's a breed that needs a lot of training, can be aggressive, and can get attached to a single person.

MORE: Although small and cute, chihuahuas are often rehomed due to lack of research

"I never get emails from people that say, 'Hey, I've got a wonderful shepherd, 2 years old ... spayed neutered and great temperament," Marks said. "I get, 'My dog just bit someone. We're having trouble with this dog fighting with other dogs in the house. He bit my kid.'"

One of the reasons Marks is so passionate about getting the dogs out of the shelters is because of how they present themselves. When they are in a cage in a shelter, they are frightened and agitated and can be more aggressive and unfriendly. But once she can work with them and get them out of the cages, it's easier to see their true temperament and find them forever homes.

1 / 2
German Shepherd Dog Rescue
Hutton is a 3-year-old male who weighs around 90 pounds. He knows basic commands and rides well in cars. he would be best in a home with children over age 12 and a friendly female dog. He should also be in a home with at least a 4-foot tall fence.

Now, Marks is facing a new challenge. She just sold her building near Fountain Square, and hopes to soon find another one, so she can continue to her work.