The dog had been missing for five days. It was wedged tightly between two concrete walls. 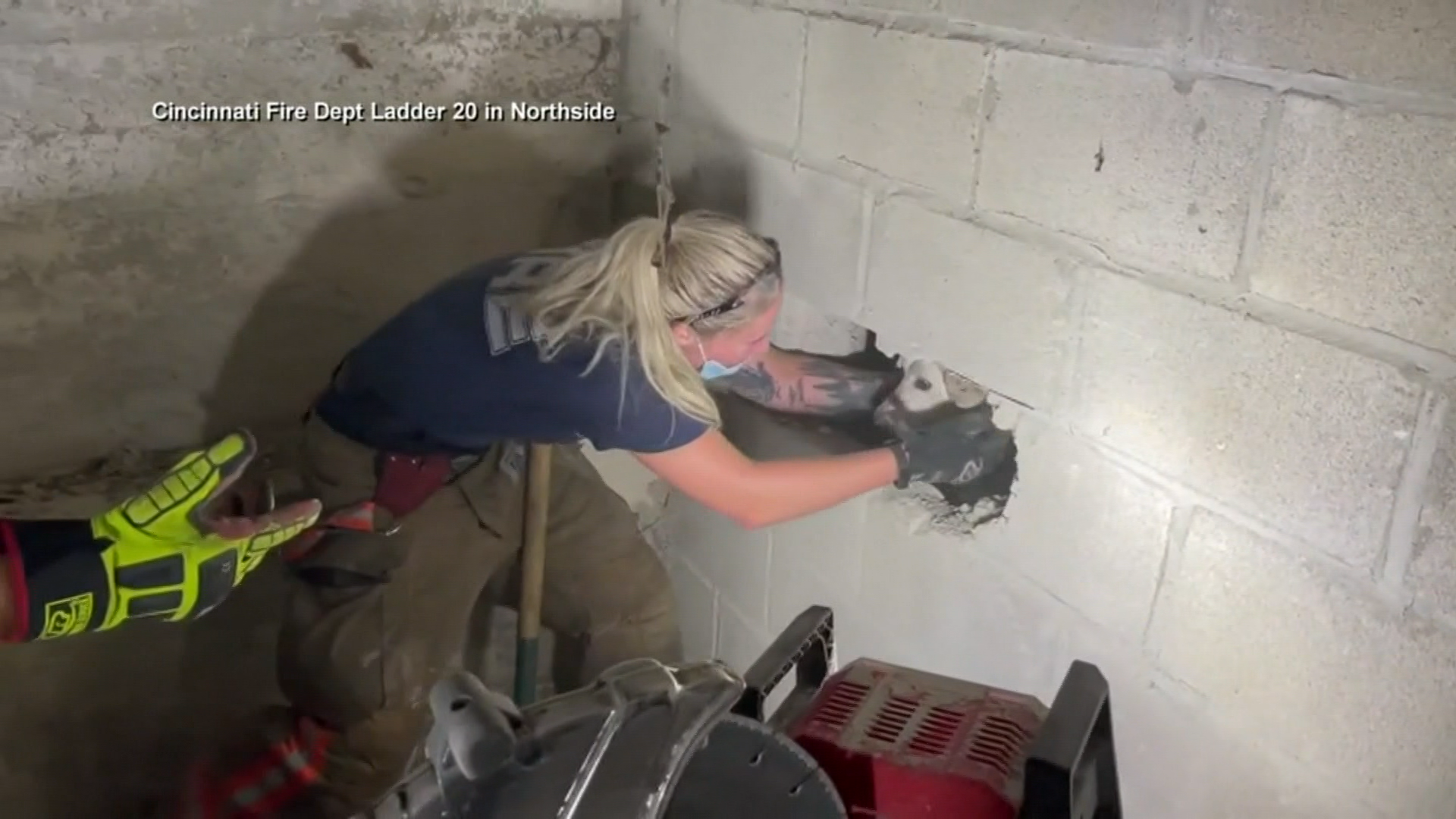 CINCINNATI — There was a happy reunion in Ohio Sunday after a missing dog who had been gone for five days was recued from behind a concrete wall.

"I never really felt hopeless," said Connie Frick, Gertie's owner. "I really thought somebody took her in or she found some place and that's what happened."

"She fell through a roof of a hillside garage that was very dilapidated," Frick said. "Whatever had been an old wall was replaced with a cinderblock wall, which was keeping it from falling down. She was caught in between the two."

Frick said Gertie was a wild dog before she was adopted — something she said played a role in the dog's survival.

"I heard whining and started talking to the whining. And my dog was out there too, and she barked because she heard the whining, and I thought, 'that sounds like a puppy,'" said Vanessa Roland.

The reunion was special for both Gertie and her owner.