The Comeback: Brother showered with love after recovering from COVID-19

Ready or not, "The Comeback" shines a spotlight on where it all begins --- with love. 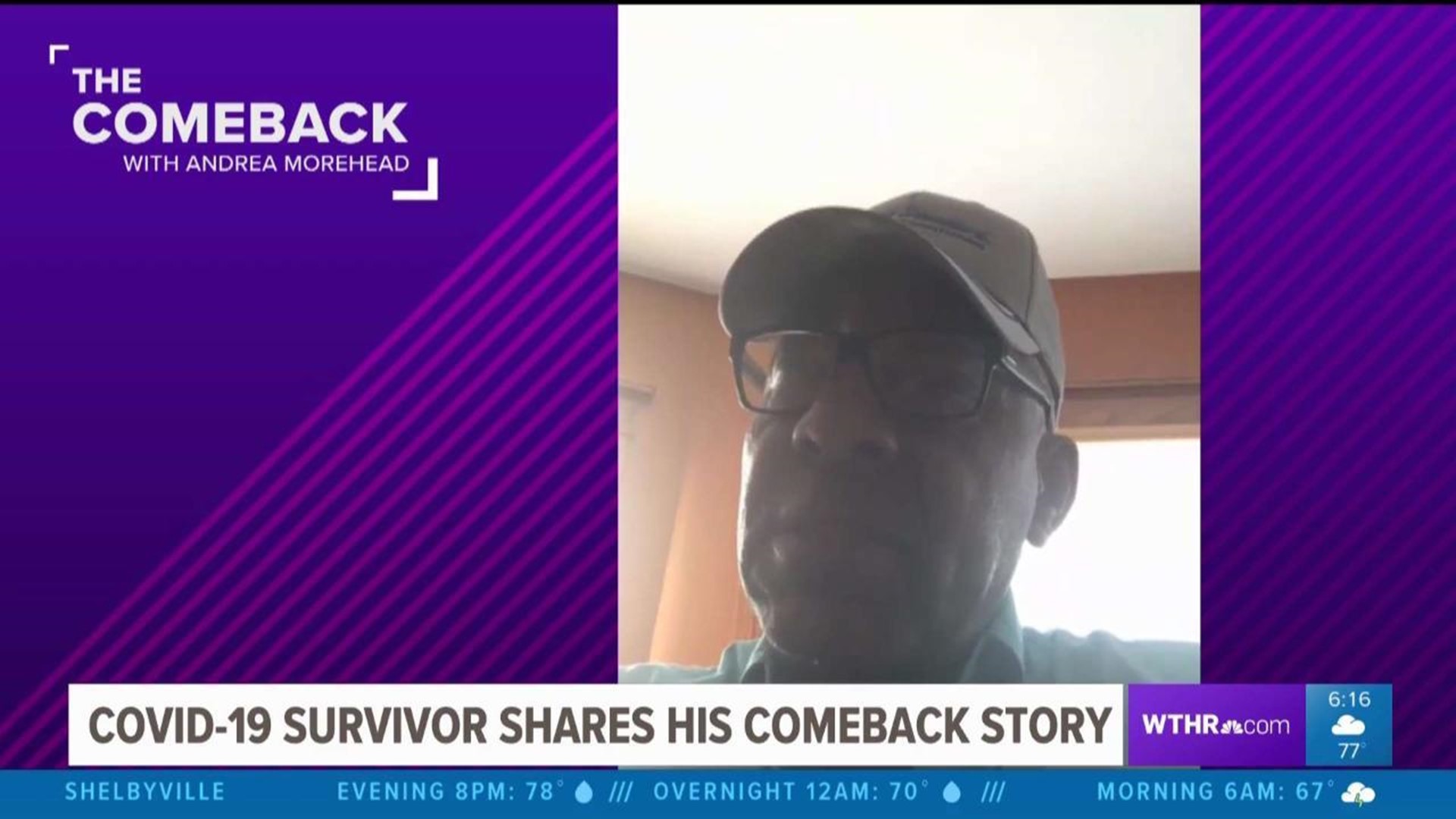 INDIANAPOLIS (WTHR) — For the past 10 weeks, 13News Anchor Andrea Morehead has been sharing the power of encouragement, perseverance, and above all, the generosity that Hoosiers have shown to support one another to make it through this pandemic. At the heart of the matter, it's about respect for humanity, which compels us to look beyond our differences, and to just be kind. Ready or not, "The Comeback" shines a spotlight on where it all begins — with love.

The song may sound familiar, from the Indianapolis-based group After 7, with the two brothers of Kenneth Babyface Edmonds and Keith Mitchell who didn’t just sing about it, but recently showered his brother Ila with love after recovering from COVID-19.

Ila Mitchell says about his brother Keith, "He cooked for me everyday, served me breakfast, lunch and dinner. I mean he did down home cooking."

Ila Mitchell was one of the first coronavirus patients at the VA Hospital.

"They had to put me on oxygen and all of that and then they told me, 'Well Ila, you're not going to make it unless you go on a vent,'" says Mitchell. "What was the first thing that went on in your mind?" Morehead asked. "That I was gonna' die. I'm really deeply, deeply in love, and I really didn't want to leave my fiancée behind. I didn't want to put her through that. So I called her and told her what they told me and she started crying on the phone."

What kept him going while they were apart was his fiancée Kimberly.

"I said, 'Look baby, don't worry about anything. I give you my word. I promise you, I guarantee you that I'm not going to die. I'm gonna' come out of this okay,'" says Mitchell.

She kept a daily log of his battle to being placed on a ventilator 13 days later.

He says love kept him alive.

"I knew it was the best relationship I've ever had in my life. And I wanted the chance to live it," says Mitchell.

They were engaged last year, and he wanted Kimberly to be his forever dance partner and wife on their Aug. 15 wedding.

His prayer to God?

"I wanted to be able to live out some of the happiness that we planned," says Mitchell.

She wrote on April 1, "When the nurses come in, you follow them around with your eyes to see what they were doing."

On the video conference the next day, she writes, "Your face lit up when you saw your baby. You said I miss you."

7 days later, Ila was released from the hospital.

He sealed his surprise homegoing celebration with a kiss!

"She grabbed me and hugged me," says Mitchell.

Ila’s favorite song by his brother’s group is "Ready or Not." The love - of friends and family - conquers all!

He says, "Ready or not, I'll give you everything, and more. All that I got is yours."

Ila says doctors told him that he was the first person in Indy to come off a ventilator and live! He's excited to have been given a second chance to still be part of his business Mitchell and Sons Heat and Air. so he can pass a business legacy on to his family.

We wish him well with his nuptials in August.