While Nick Drummond and Patrick Bakker were doing renovations on their 1914 home, they found more than 70 bottles of old whiskey dating back to the 1920s. 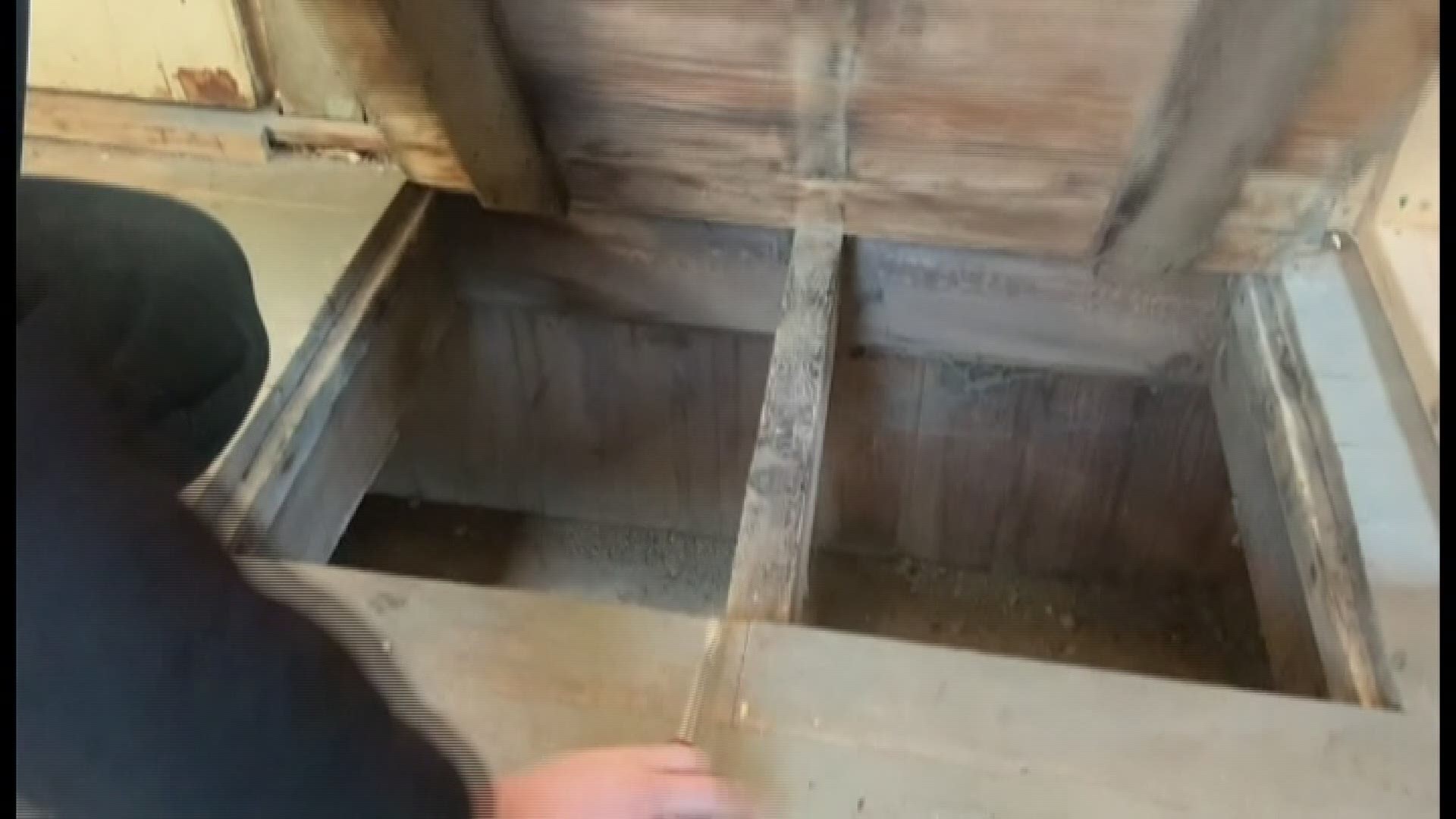 MONTGOMERY COUNTY, New York — Two homeowners in upstate New York have made a discovery worth raising a glass to.

Nick Drummond and Patrick Bakker bought their house about a year and a half ago and were told that it was built by a bootlegger — but neither of them actually believed it.

They started renovating the 1914 American four-square back in September.

In early October, they were working on the mudroom off the back of their kitchen, which was believed to have been added around 1920.

"All of a sudden, a whole bunch of stuff falls out, and at first, I don't really realize what's happening or what I'm looking at — it's just sort of like a pile of hay and paper and straw, and I'm sort of sifting through it, and I start to realize that there is actually a package," Drummond said.

After making the discovery, they decided to explore the hatch inside the mudroom, which they were told led to an old well.

"I looked above me and instead of floor joists, I'm like, 'Why is there a solid ceiling in a crawl space with flat head screws?' And I was like, 'Oh my God, there's gotta be whiskey in the floor.'"

So far, the pair has found more than 70 bottle of Old Smuggler Gaelic whiskey hidden in the space — dating back to the 1920s.

Some of the bottles were full, some were half full and some were empty because of the way they were stored.

Since the discovery, Drummond and Bakker have tried the whiskey and have researched the home's original owner, Count Adolph Humpfner, who died in 1932.

Humpfner was a man of mystery, fake names and interesting relationships, but no heirs to his fortune.

"In addition to this guy being this crazy, shady character, there was a lot of drama surrounding not only his life, but his death, so he actually died in the house, unexpectedly, which presumably is why the bottles were still there," Drummond said.

RELATED: Teens are finding new ways to get drunk, with dangerous results

Research indicated it took investigators almost a decade to sort out the count's affairs because of his aliases and shady business dealings.

In the end, the count's estranged widow got a chunk of the fortune.

Full bottles of similar whiskey Drummond and Bakker found fetched for $1,200 a piece at an auction several years ago.