A Knoxville family faced a life or death situation a few years ago when their 5-year-old son went into cardiac arrest. 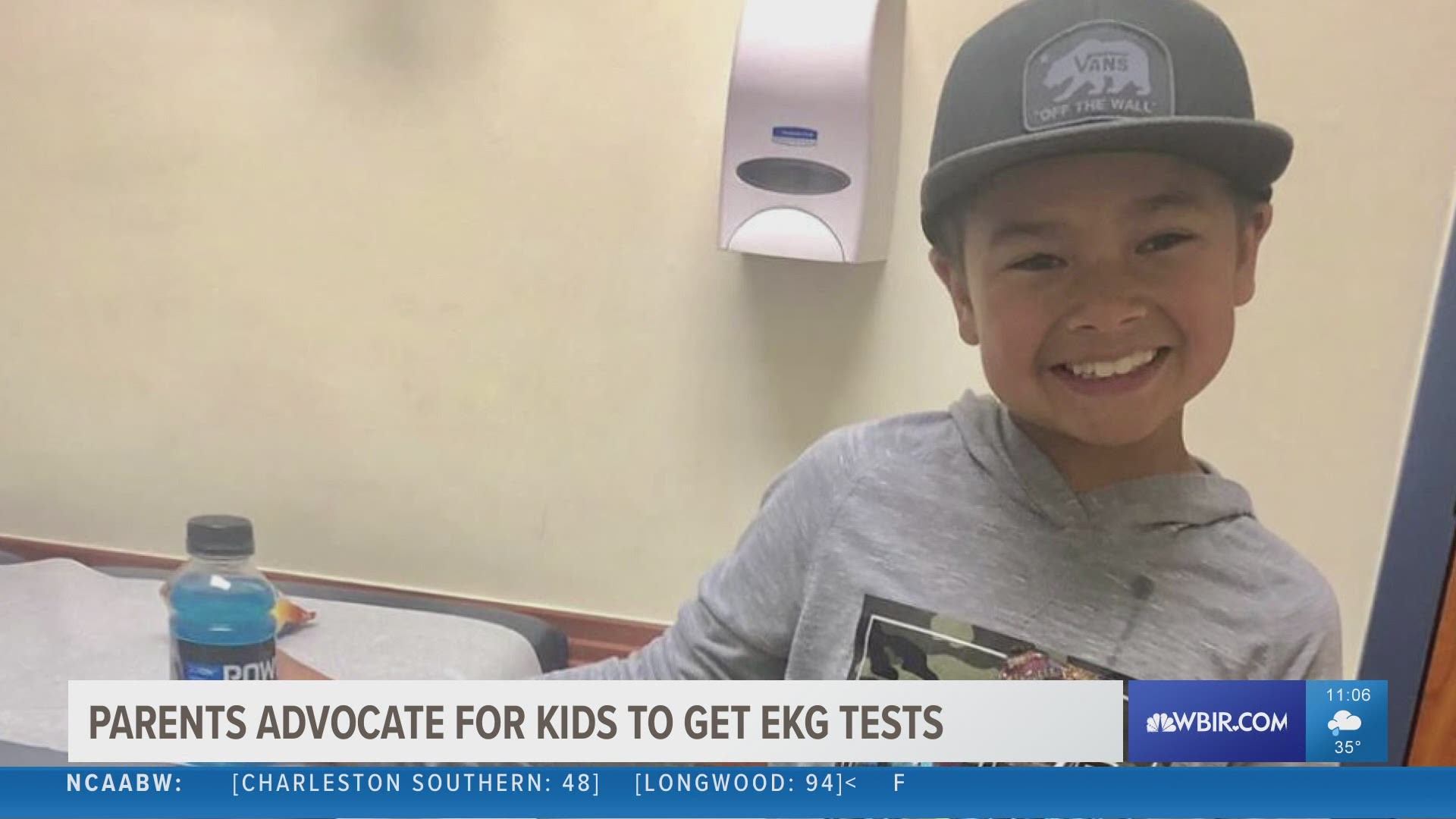 KNOXVILLE, Tenn. — A Knoxville family faced a life or death situation a few years ago when their 5-year-old son went into cardiac arrest. They said it came out of nowhere, but believe one simple test could have given them vital warning signs.

Stone Buckner looks like an average 4th grader. He loves hunting, fishing and baseball. But at 5-years-old, he went through something most kids will never experience. He went into cardiac arrest, according to David Stone, his father.

For 17 minutes, David performed CPR. Doctors later said he only had a 10 percent chance of surviving.

"Even the fact he survived 17 minutes of untrained CPR ... The whole thing is really a miracle," said Nikki, Stone's mom.

Stone spent days in the hospital while doctors tried to uncover why it happened.

"We were thinking he's a healthy child to now, we're faced with a possible heart transplant or a lifelong heart arrhythmia," said David.

Doctors diagnosed it as a rare form of Long QT syndrome, a heart rhythm disorder.

"It's pretty much like the structure of a house, his doctor explained to us, that can crumble at any moment if one little thing sparks it," said Nikki.

It's a lot for a five-year-old to experience. His parents said he has daily medications and just underwent surgery. He also has a pacemaker that shocked his heart into rhythm eight times.

"It's very uncomfortable and it's scary," said Nikki.

His parents are now using his story to raise awareness, hoping to one day see EKG tests added to regular checkups.

They're also urging parents to have one done on their child if they have concerns. His parents said that just one test could save children's lives.

The average cost of an EKG test, out of pocket, costs under $200.

"He has incredible strength and resiliency. And that's what we advocate for, don't ever give up," said David. "It's hard to watch from the sidelines because you can't carry that weight for someone."