Hundreds of people across the country sent Christmas cards to Sean DuCiaome last year and the first card has already arrived for this Christmas. 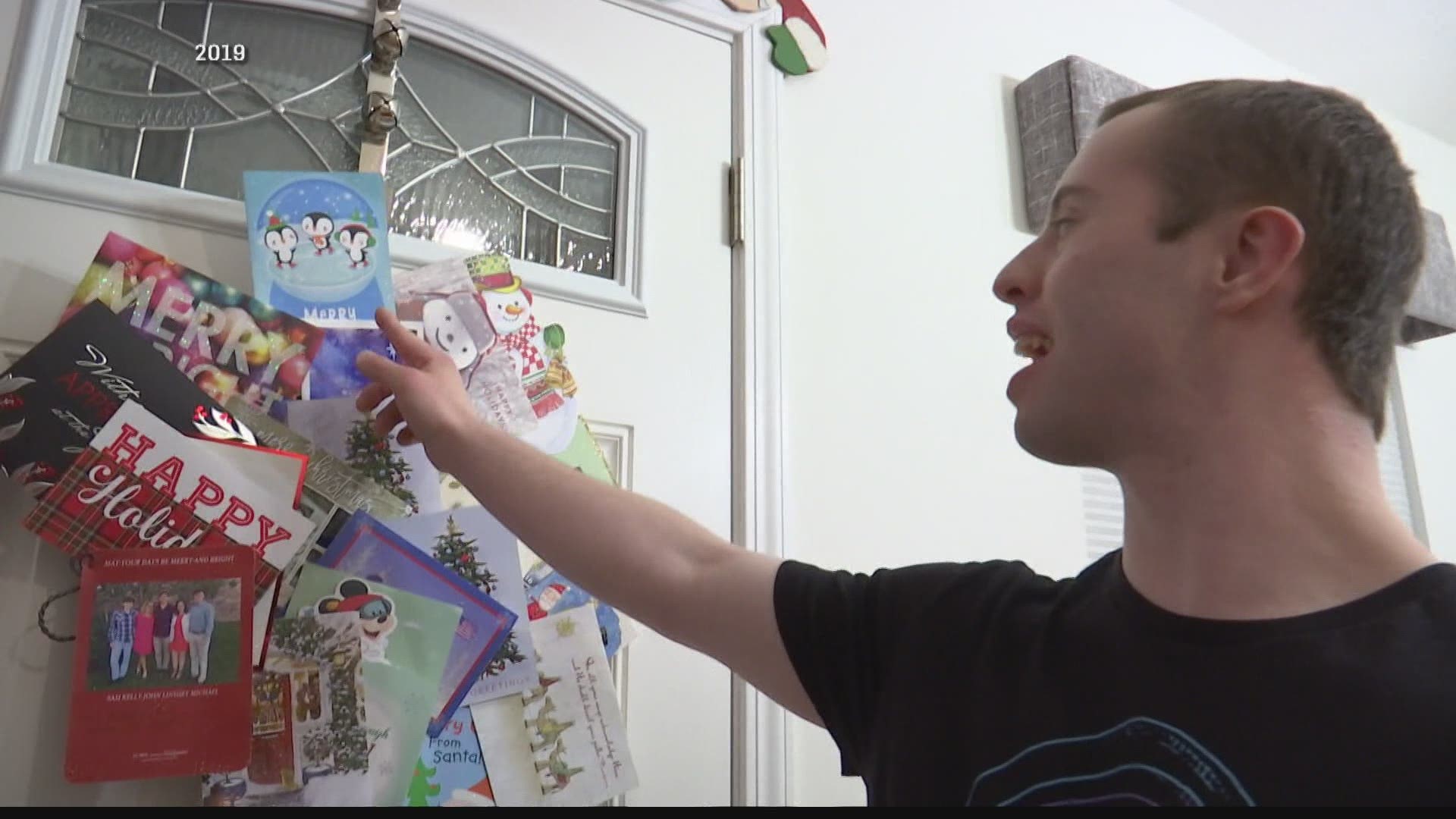 PENDLETON, Ind. — Last year, more than 1,500 people mailed in Christmas cards to a teen in Pendleton who just loves getting cards in the mail.

Now, before a lot of Halloween decorations have come down, the cards are starting to come for Sean DuCiaome.

“It kind of surprised me, like, 'Man it’s not even Thanksgiving yet, but this is so cool,'” said Kenny Humphrey, Sean’s neighbor.

Humphrey solicited cards last year for Sean, but before he put the call out this year, the first card arrived on Monday. It was from someone in Louisville.

Sean still has all the cards that were sent to him last year. He and his mother say they were astonished people remembered and kept him on their mailing list.

“He was definitely excited about it,” said Beth DuCiaome, Sean’s mom. “It made me feel like the Christmas spirit is probably going to be greater this year. If someone is already thinking about it on November 16.”

Credit: WTHR
Kenny Humphrey hadn't started asking for Christmas cards for his neighbor this year, but already got one in the mail.

Humphrey said he wasn’t sure how this would pan out this year but now wants to make sure they keep their new tradition going.

You can mail cards for Sean to this address: