The mural, titled Entrepreneurs Awakening: The Making of a Legacy, stands 11-feet high and stretches more than 75-feet long. 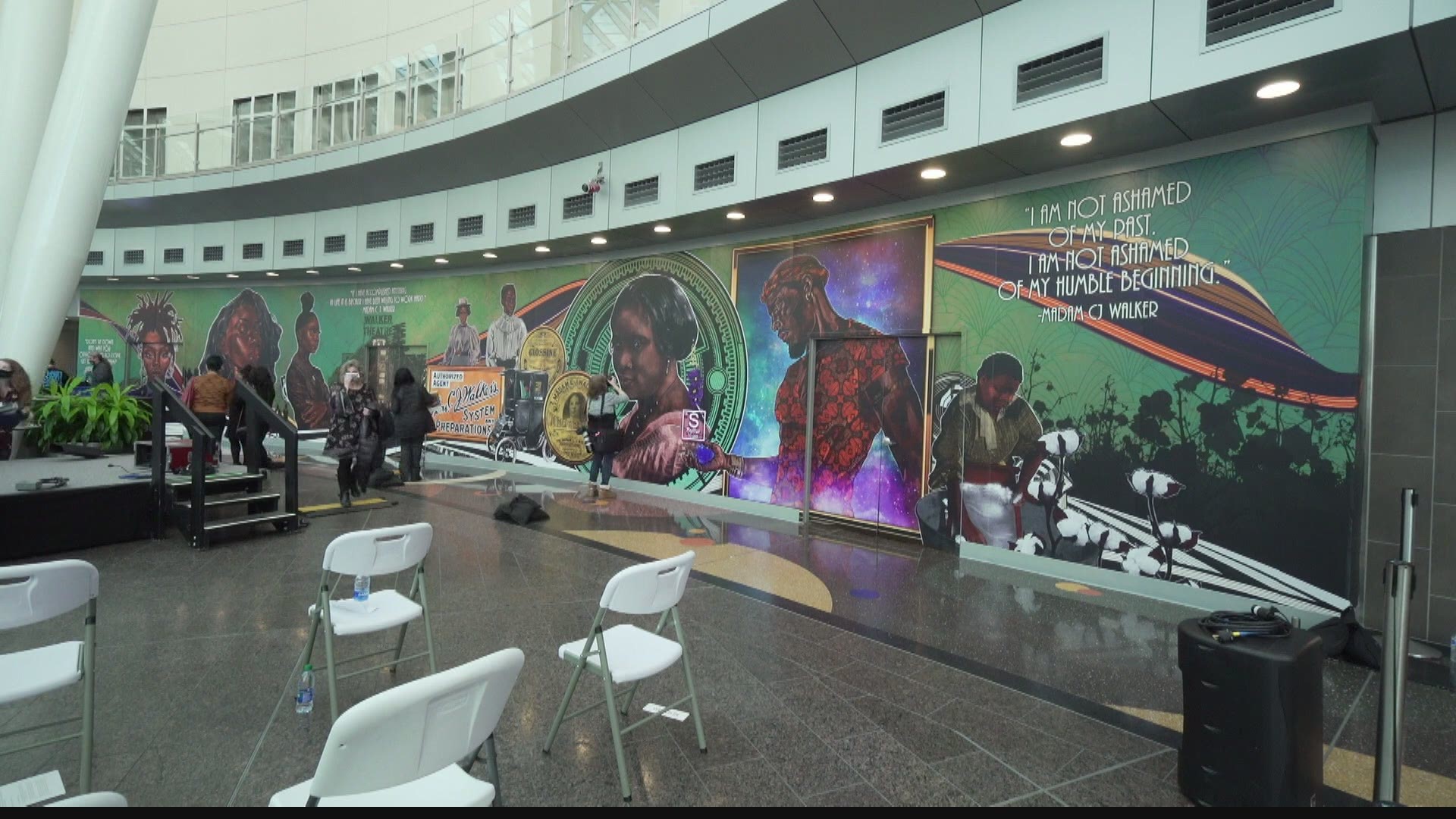 INDIANAPOLIS — The Indianapolis International Airport unveiled a towering mural of Madam C.J. Walker on Tuesday. The mural is meant to recognize Walker’s lasting impact on the physical, social, cultural and economic legacy.

The mural, titled Entrepreneurs Awakening: The Making of a Legacy, stands 11-feet high and stretches more than 75-feet long.

“This endeavor has been in the works for more than a year, and it took a diverse group of community partners and talented individuals to bring it to life,” said Indianapolis Airport Authority Executive Director Mario Rodriguez. “It is an incredible piece of artwork, worthy to represent the tremendous inspiration Madam Walker is to the history of American entrepreneurship and our great city.”

The mural is meant to depict Sarah Breedlove's humble beginnings and morphing into her as a wealthy and prominent businesswoman sharing her success with other Black women.

When I first started the concept, I asked myself what Madam C.J. Walker meant to me, as a black woman born and raised in Indianapolis, Indiana,” said Tasha Beckwith, an Indianapolis-based visual artist.