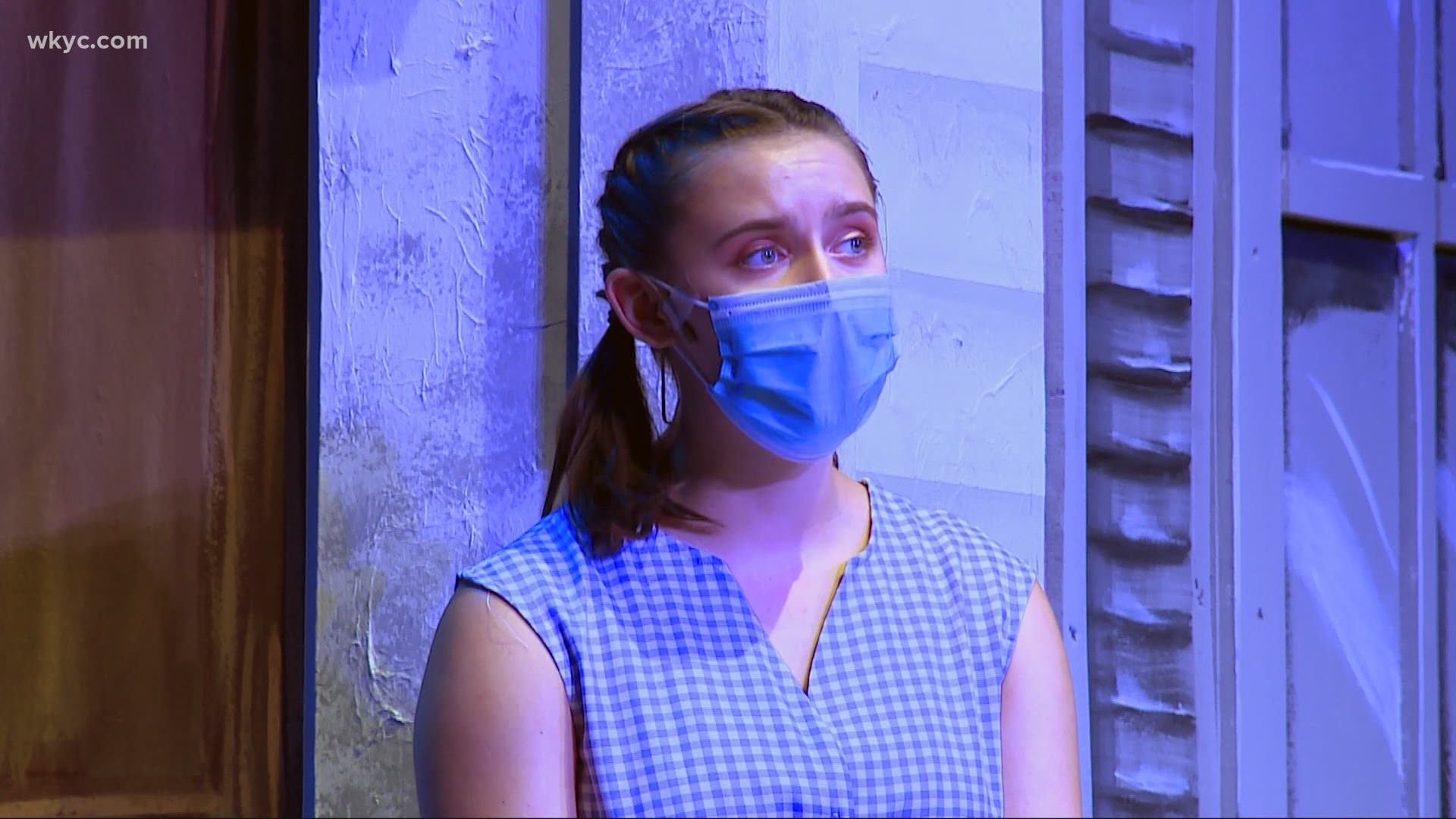 STARK COUNTY, Ohio — When we first met Emma Maier last fall, she was preparing to play Dorothy in a COVID-compliant adaptation of "The Wizard of Oz" put on by the Jackson School For The Arts. A thrill for any theater-loving teen, but for Emma, "Somewhere Over the Rainbow" had much deeper meaning for this bubbly, optimistic young woman.

"It’s just a happy place where I don’t have cancer, and can just be a normal teen," she said, describing what the iconic song means to her.

During the summer of 2018, doctors diagnosed Emma with a rare brain tumor, known as a pineal parenchymal tumor of intermediate differentiation, or PPTID. Two surgeries followed: The first to relieve a build-up of fluid on her brain, the second to remove the tumor.

Credit: The Maier Family
By the spring of Emma's freshman year, she was experiencing worrisome symptoms: dizziness, numbness and headaches. Her ailments were originally thought to be a pinched nerve and migraines which run in her family. But when her symptoms worsened that summer, Emma saw a pediatric neurologist.

Surgeons were able to get most of it, but not a small portion by her brain stem. Most of these tumors are benign, but that would not be the case for Emma: Hers was malignant. However, her team already had a plan in place.

"They had clearly done their research and knew what they were dealing with," Emma’s father Erich Maier said.

The story of Emma’s road back is nothing short of remarkable, returning to school just three weeks after brain tumor surgery. Radiation was scheduled for after school so she wouldn’t miss classes.

Credit: The Maier Family
Emma underwent surgery in September of 2018 at the Cleveland Clinic. The majority of PPTID tumors are benign. Emma's was not.

Her goal? To be well enough in time to perform in the school’s spring musical. True to her word, Emma got medical clearance to dance just one week before the curtain went up.

"Jackson School for the Arts and that group of people came together and made sure she has as normal of a school year as could possibly have," Emma’s mother Stephanie said last October.

Since her "Wizard of Oz" performance, Emma’s road resembles that of a typical high school senior in 2021. She is managing her classes in a world battling COVID and buttoning up what she will be doing next fall.

Credit: The Maier Family
So many people have been by Emma's side during her cancer diagnosis. Among them, her boyfriend Zack Charlick posing with Emma after her surgery at the Cleveland Clinic and at the 2019 Big Shots and Little Stars event to raise awareness and funds for pediatric cancer research.

"I’m actually between two schools right now: Ohio State University and Loyola University in Chicago," Emma said when we caught up with her from her Stark County home last week.

What hasn’t changed? Her plans to become a social worker, a direct result of her own experience as a teen with cancer.

"I kind of realized that I can help people by using my experiences and helping other people get through the same thing that I went through," she said.

Though she is focusing on life after high school, Emma will never forget those that were with her, on her darkest days.

Credit: The Maier Family
Emma battled back against her tumor. She maintained a heavy, accelerated workload at school. She didn't want to miss the spring musical of Bye Bye Birdie, just months after finishing radiation. The week of performances, Emma's doctor cleared her to dance again. She was elated.

"Knowing that I had people who were going to stand by me, no matter what, really got me through those times," she revealed.

Those emotions bubbled up last week as Emma performed at a choir showcase. Her senior solo, chosen long before she knew she’d landed the role of Dorothy in "The Wizard of Oz"?

Fitting for a Dorothy who has put life’s challenges behind her and is ready to move on with her life.

Editor's note: the video in the player below was published on October 27, 2020.

RELATED: Stories of the Heart: First-year nurse gets another big surprise from the Cleveland Cavaliers

RELATED: Stories of the heart: ALS warrior fights on for herself and those that will follow