Indiana native and his wife turning to Facebook to have baby, but that's not the only support they're getting

After four years of heartbreak, Drew and Ashley Yocum are turning to family to help them have a baby. 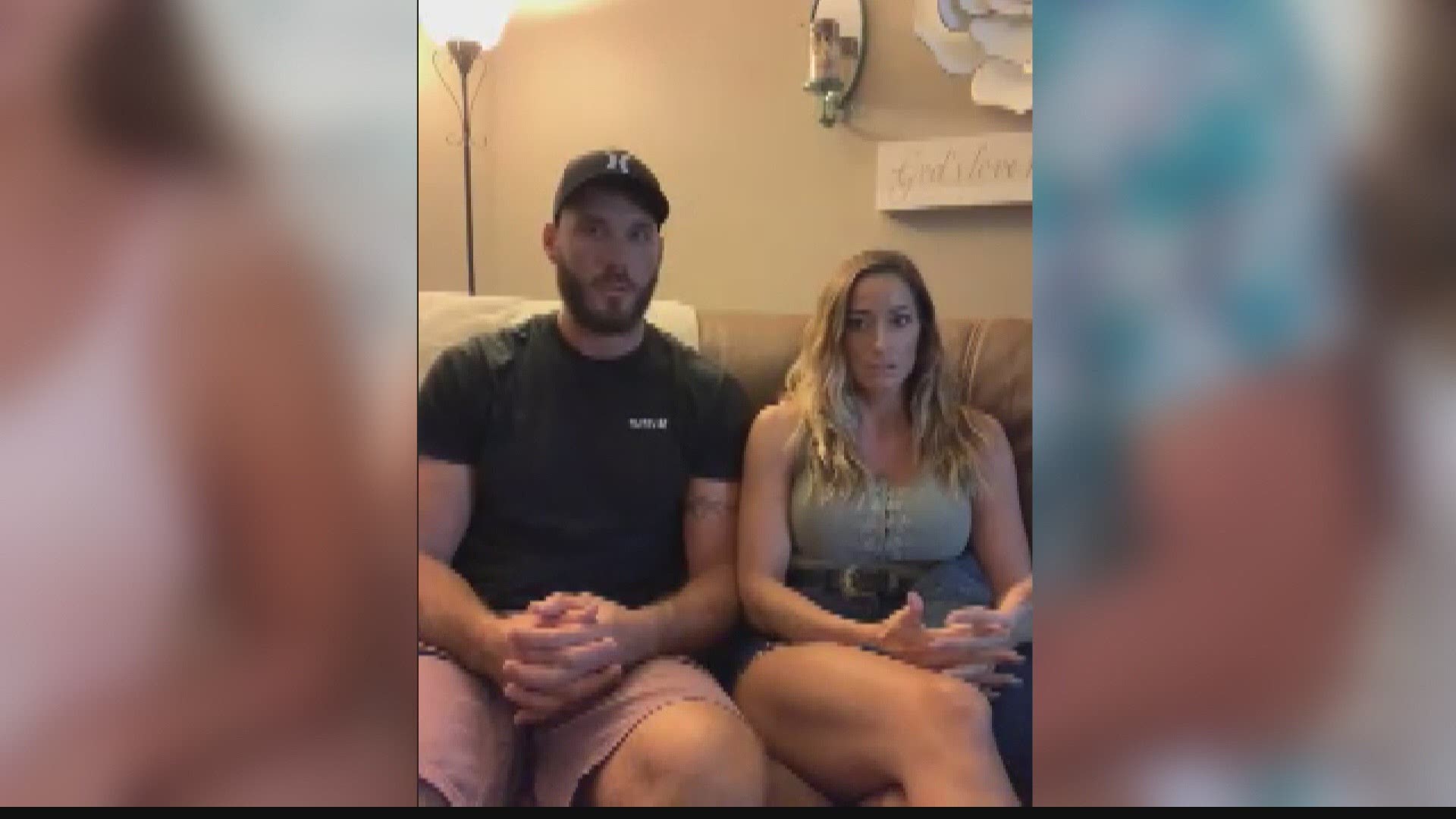 INDIANAPOLIS — There is no gift greater than a child. But for some parents, that gift doesn't come easy.

“The first thing that attracted me to her was her eyes and her hair,” said Drew Yocum of his wife, Ashley, whom he met at church in 2009.

It didn’t take long for the couple to fall in love.

“I never had someone really connect with my daughter the way he did, so I knew he was the one for sure,” said Ashley of her husband’s connection to her then-2-year-old daughter, Ari.

After the couple married in 2010, they quickly began trying to have a baby.

“We tried to have a baby and ended up having a miscarriage,” Ashley explained.

Four years later, after multiple fertility treatments, more heartbreak for the couple, when they miscarried again.

“It’s been a roller coaster, but at the end of the day, we always said that no matter what happens, it’s God’s plan,” Drew said of their desire for another child.

The couple never imagined though, part of that plan, would involve Drew’s baby sister, Allison.

“We just share that special connection and I know for him, he would do anything for me,” said 25-year-old Allison Myers of her older brother.

Anything for 25-year-old Allison, meant agreeing to carry Drew and Ashley’s baby until it’s born.

“They take my sperm and Ashley’s egg and they make an embryo out of it and then after the embryo is formed, then they place that embryo inside of my sister,” Drew explained.

Allison, who lives in Miami County, already has three children of her own with her husband, Andrew, but is more than willing to go through another pregnancy, if it helps her brother and sister in law.

“It’s a God thing, 'cause every time I talk about it, I just get goosebumps,” Allison explained.

The process isn’t cheap, though.

Drew and Ashley, who live in Florida, had been saving to help with their medical costs and travel expenses to Indiana when the coronavirus pandemic hit.

The couple has started a Facebook fundraiser, hoping to raise the money again, to start the process as soon as possible.

They can’t wait to welcome their new baby, with Allison’s help, looking forward to telling him or her how they got here and who helped.

“Having this be another topic to come at the family Thanksgiving or family Christmas, it’s gonna be another thing for us to talk about as a family,” laughed Drew.