Nancy Connor's goal was to make her neighbors smile, but her effort reached more than just her Pawtucket neighborhood. 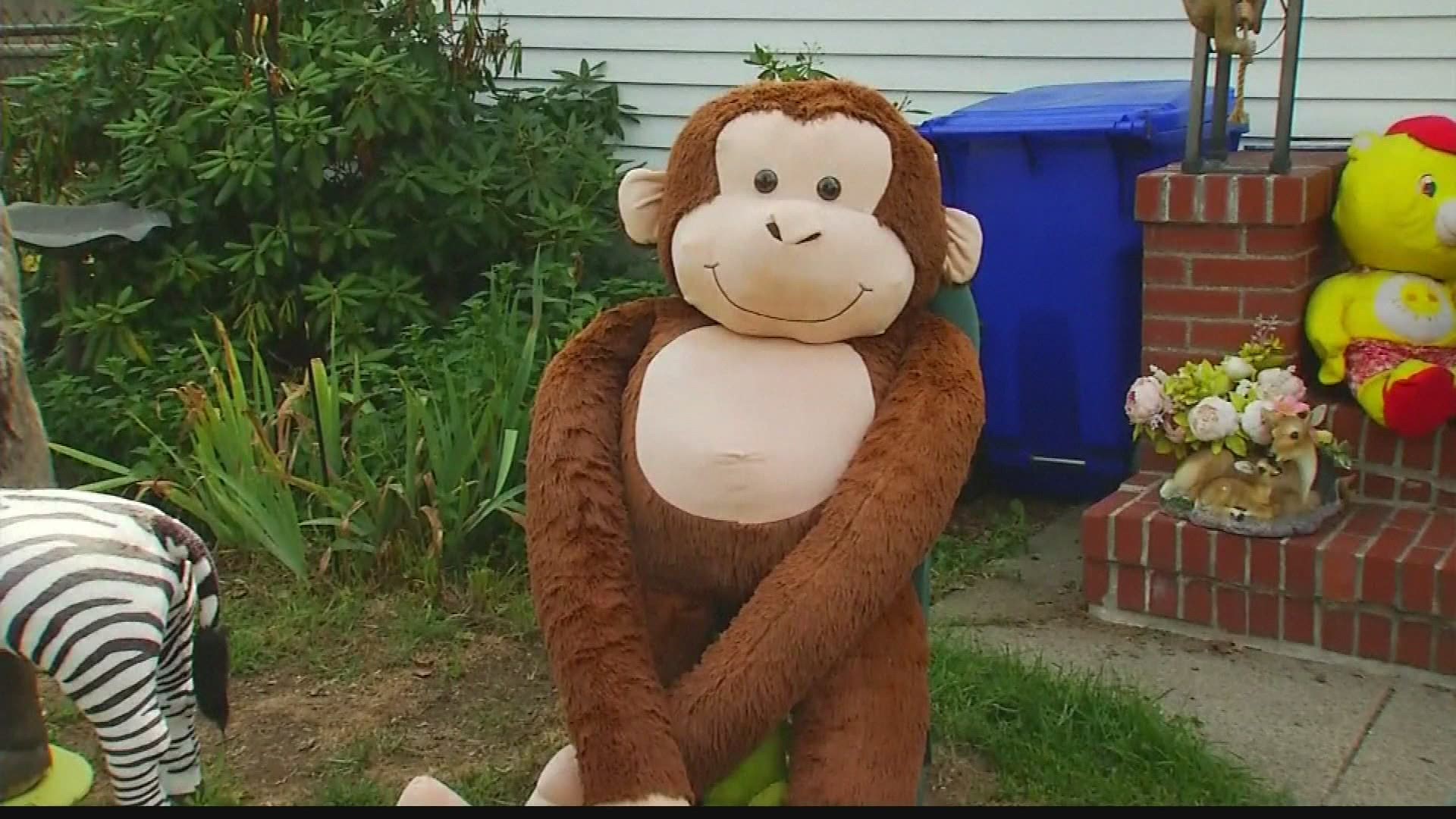 Nancy Connor's goal was to make her neighbors smile, but her effort reached more than just her Pawtucket neighborhood.

While Connor lives on a fixed income, she chose to use the money from the check to buy the almost-life-sized animals. She thought her neighbors would come by and smile, but instead, people from all walks of life came by to take a walk on the wild side.

"For the last five-and-a-half months, I've made people smile and it's made me smile," Connor said. "They've driven up from New York, I'm getting letters from Virginia, talked to someone on the phone from California."

Now that the seasons are changing, Connor plans to give the animals away and asks anyone who wants a stuffed animal to stop by.

She plans to decorate for Halloween soon and said she has already made a wish list for Christmas on Amazon.