Garret Huddleston said it was a dream come true to be able to take part in the weekly tribute. 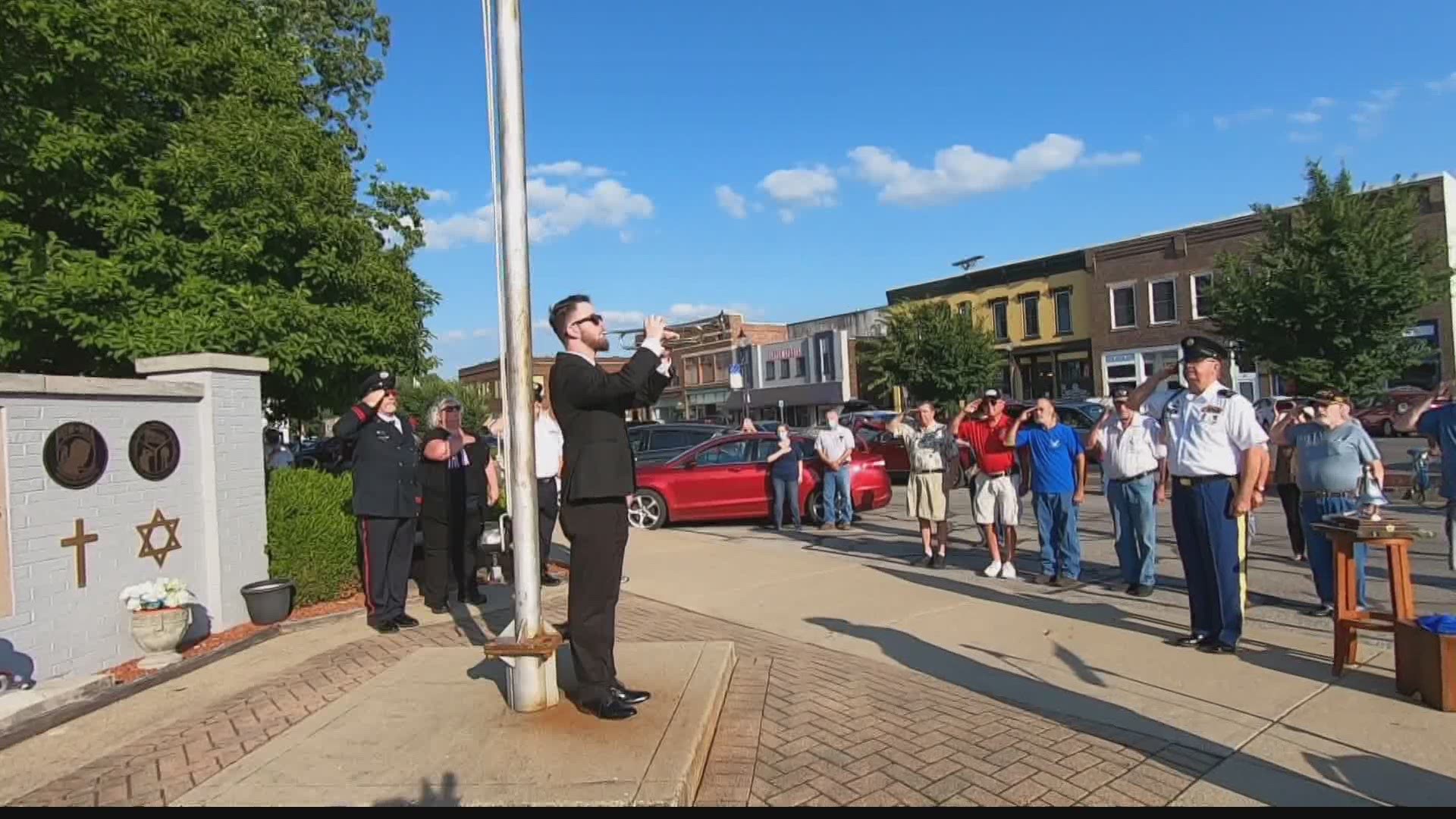 MARTINSVILLE, Ind. — It is a tradition that never misses; Rain or shine, sun or snow. For 391 weeks in a row, Martinsville has honored our veterans.

Friday night, the Indiana Spirit of '45 read the names of 77 men and women who died over the past week. Always right after the members of The Spirit of '45 play "Taps."

“We’ve gone from 2-3 buglers a week, now we’ve got four buglers that sound every week here on the square,” said Bruce McKee, director of the Spirit of '45.

But on this night, they gave way to an honorary member. For the first time letting someone new play the bugle.

Garrison Huddleston is from New Jersey, where every year his town holds a big Memorial Day parade and this was his year to perform Taps, but the coronavirus had other plans

“We had to do it virtually and so it wasn’t really the same and I wasn’t able to sound Taps, so that was a disappointment for sure,” said Huddleston. 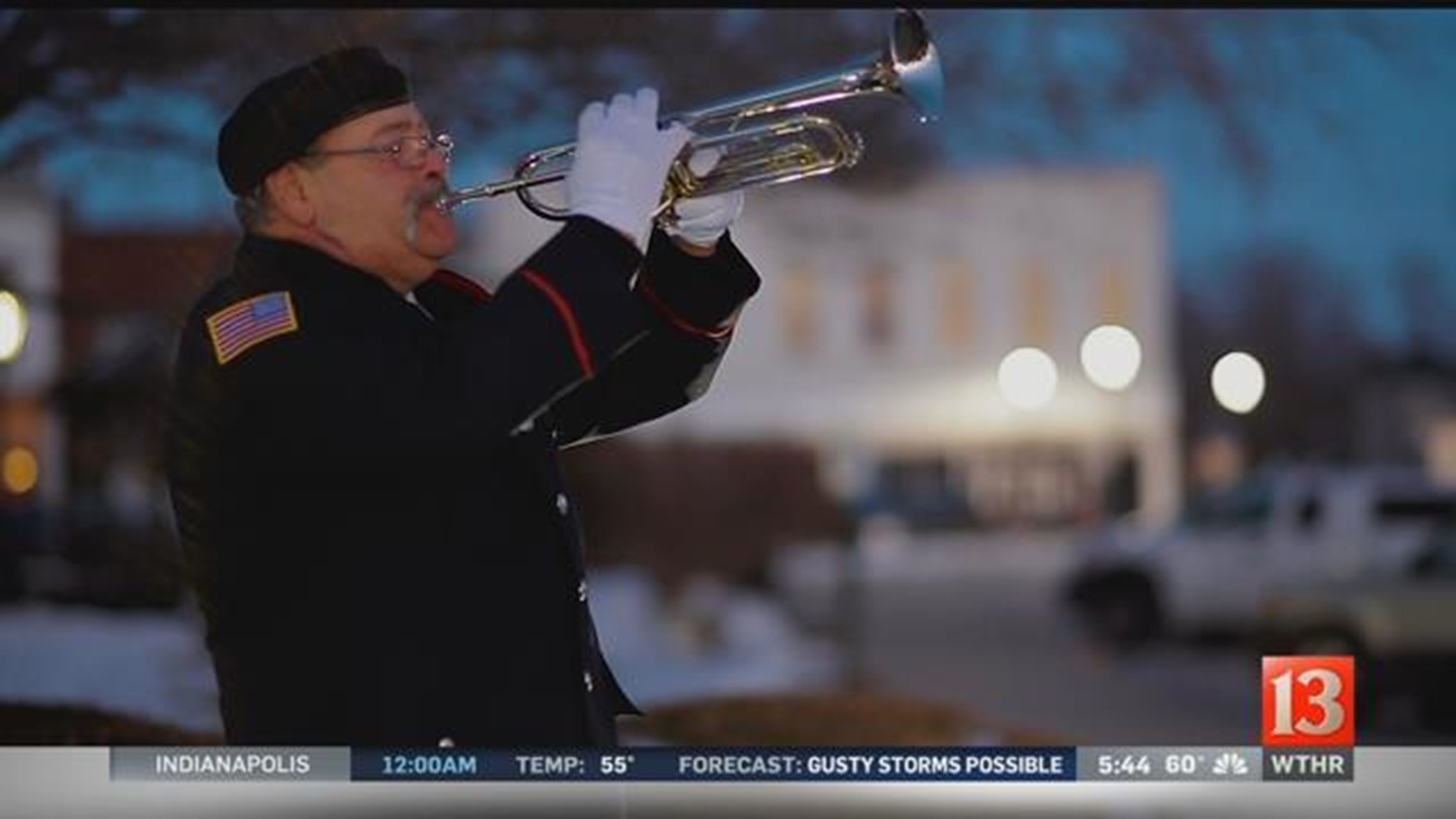 When these veterans from Martinsville heard he’d be in town this week, they stepped aside and gave him the stage.

“So this opportunity has really been a dream come true for me and even though it’s not the same as what I was expecting, it’s still an honor for sure,” said Huddleston.

“These kids are our future we want them to take over, when that last bell sounds for me, I want to know there is a young man or young woman willing to take over where I left off,” said McKee.