A Collins Hill alumni lost the ring almost two decades ago during a beach trip to Jacksonville and was devastated. It was just found! 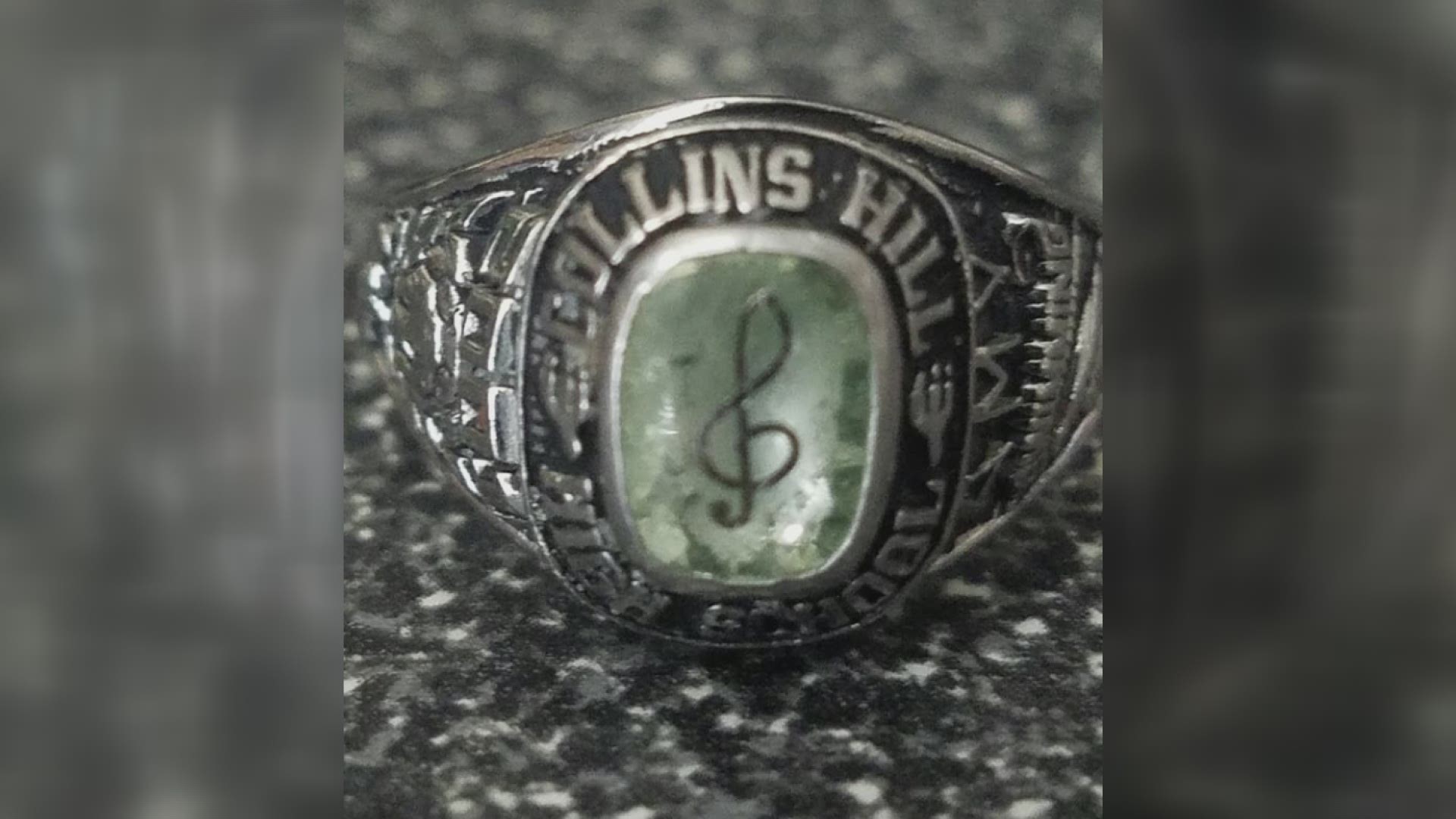 GWINNETT COUNTY, Ga. — Imagine losing your high school class ring almost two decades ago during a weekend beach trip - and then receiving a phone call from your local police department saying a man across state lines has found it.

Jacksonville Beach resident John Porcella, who's built a reputation for locating valuable items along the beach, found Goetz's ring earlier this week. The beachcomber made headlines last year when he found a military bracelet and shipped it 700 miles back to the fallen soldier's family in Ohio.

Porcella said combing the local beaches for lost items has been a hobby of his for years. He said there is a group of them that comb the beaches with their metal detectors daily.

"I normally go out over the weekends or at night after work. It's relaxing for me," Porcella said.

The Jacksonville resident said Goetz' class ring was one of two that he found last weekend. He was able to connect one of the rings to a local resident and then started researching the details on Goetz's ring.

"It had her high school on it and her name, so I looked that up and quickly figured out that there are a lot of Amy Goetz in the world," Porcella explained. "Once I narrowed down where the school was, I contacted the area police department."

The Gwinnett County Police Department said that Porcella reached out to them on Tuesday. The officer that took the call located a phone number for Goetz and was able to put her in touch with Porcella.

The Collins Hill alumni said she lost the ring almost two decades ago during a beach trip to Jacksonville and was devastated.

"I was so upset when I lost it that I thought about getting another one just like it," Goetz added.

Goetz said she's floored that the ring was found after all these years.

"There has been multiple storms and hurricanes come across that area since I lost it. I just can't believe it was still there after all this time," Goetz said.

The ring is expected to arrive at Goetz's home on Friday via mail, and she said she is already planning on wearing it to her 20-year high school reunion.

'I saved them and they saved me': Family, deputy who lost everything need home for surviving pets