Kevin Bruce and his mother fell on hard times and ended up living in the family van. 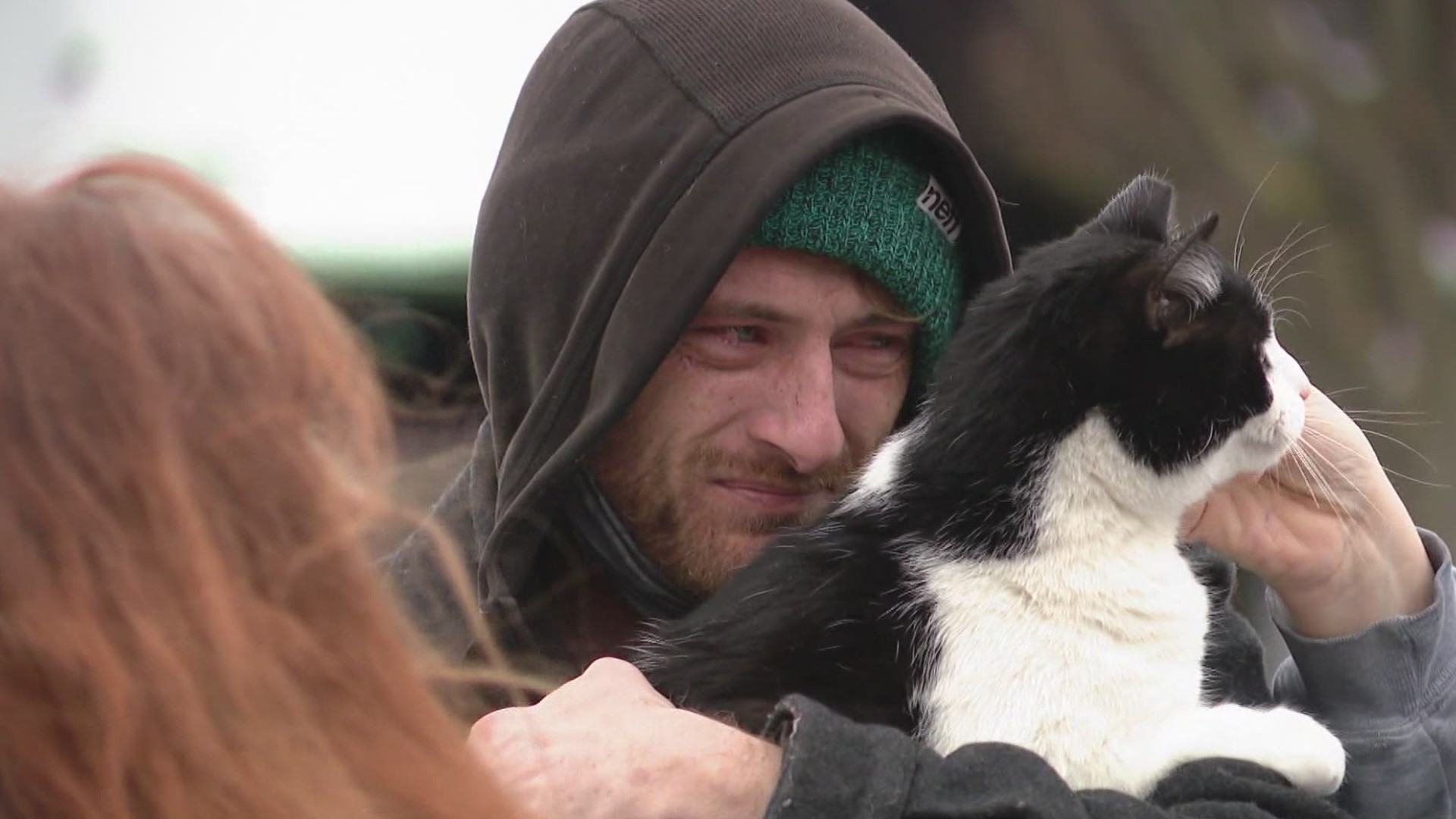 INDIANAPOLIS — An Indianapolis man, his mother, and their family pet will have a warm place to stay, thanks to some good Samaritans.

Kevin Bruce and his mother fell on hard times and ended up living in the family van. When the temperatures dropped, he went online asking for gas money and one other thing.

"A can opener, brother," he said, "I had 500 comments I think on that post. I decided to post it on Indiana Buy Sell and Trade. I don't know why."

Bruce's post got the attention of people like Katelin Turner. In 2019, she lost her sister Brookelin Solger, who was once homeless. Her sister died from a drug overdose. Turner recently felt down and out emotionally. The opportunity to help Bruce couldn't come at a better time. She decided to help him out.

"I filled up their van with the stuff that I bought them. I filled up the gas tank and did just anything I could to help them," Turner said.

Other good Samaritans are helping cover hotel costs during the freezing weather. Turner also organized a Facebook fundraiser to help Bruce, his mother, and their family cat named "Oreo." Bruce took in Oreo, who followed him a couple of years ago and has been by his side ever since.

Emotional support is much needed, too. Bruce suffers from seizures after being struck by a vehicle before falling on hard times. It happened when he worked at a restaurant. He got a call from a friend at another restaurant across the street to come and pick up two dinner plates for him and his mother.

"I went running across the street, a guy came and hit me, and I got a traumatic brain injury from that," said Bruce.

So, while living in the family van, Bruce is thankful for so much help that he never expected to come his way. In fact, he first thought Turner's response to his online post was fake. But since then, others have been a blessing to Bruce and his mother. One person even gave them Kroger gift cards so they could buy hot meals and fresh food and not have to rely on just canned goods.

Kim Hooper of Indianapolis is another member of the Facebook group to help the family out. She helped Turner write the narrative for the fundraiser post. She and others are now connected on social media after helping Bruce and his family survive the freezing weather.

Others have paid for additional hotel stays that will help keep them out of the elements for now.