Strangers pay for Brownsburg couple's meal, so they pay it forward

Living through the pandemic has been especially difficult for one Brownsburg couple, but they finally decided to go out to eat — and it paid off. 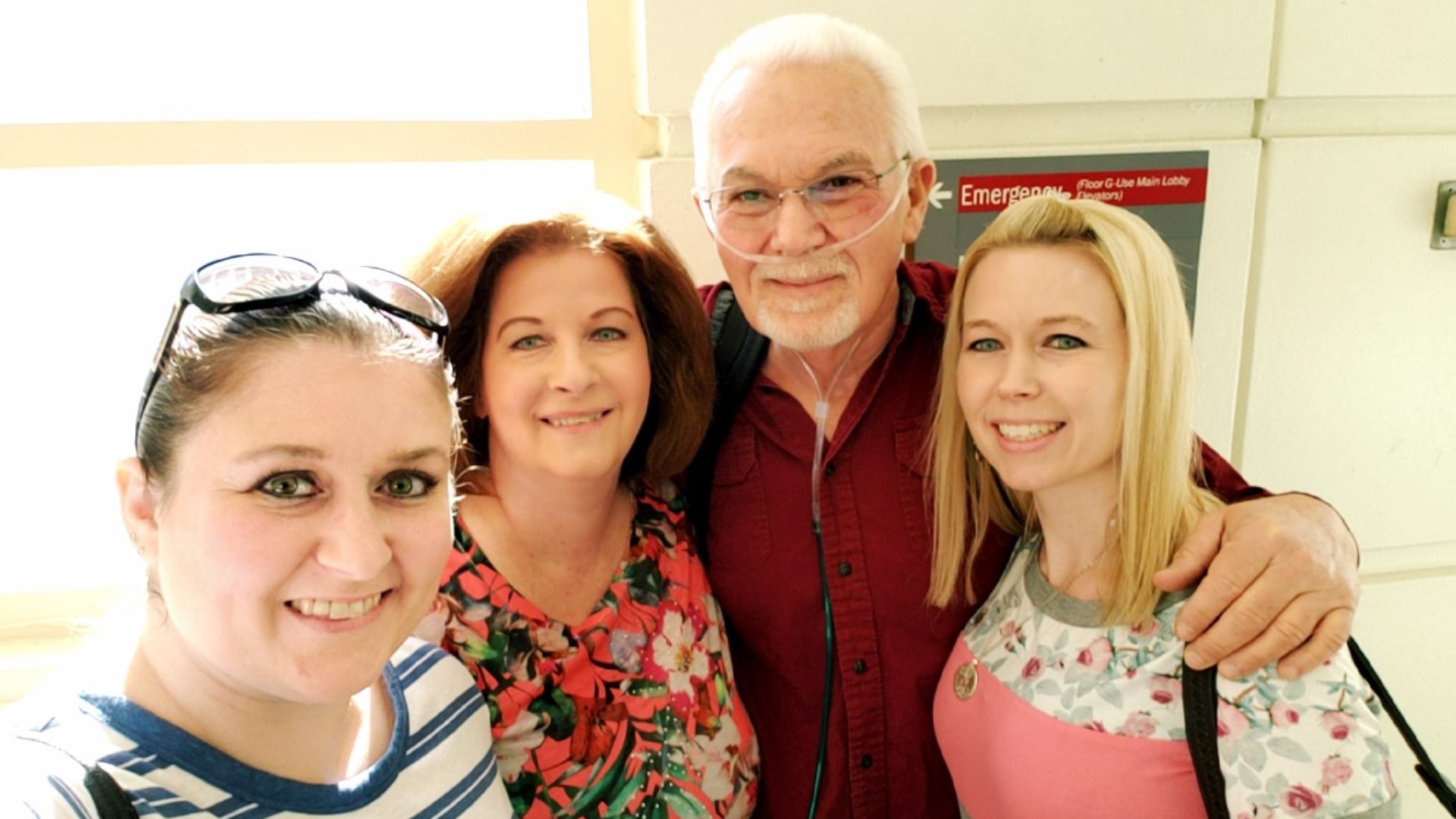 BROWNSBURG, Ind. — For many Hoosiers, living though this pandemic has proven to be challenging.

"Not seeing the grandkids and our kids and being able to go to their homes has been a big ordeal," Nelson Neighbors said.

Now, one year later, Nelson and Sandy Neighbors of Brownsburg say things are getting better.

"We have just started getting out. We've gotten our second vaccine. Still waiting for those last few days," Sandy said.

One Friday, they decided to have breakfast at Bob Evans.

"It was not very crowded. They were social distancing with maybe every other table," Sandy said.

The Neighbors have to be careful because Nelson is a transplant recipient.

Credit: Sandy Neighbors
Nelson Neighbors' daughters had a blanket made of family photos for him to keep during his stay at the hospital after his double lung transplant surgery.

He was diagnosed in 2015 with idiopathic pulmonary fibrosis, a chronic disease causing scarring of the lungs, making it hard to breathe. IPF slows oxygen flow from the lungs to the blood, keeping the body from working properly.

Back then, Sandy said Nelson's time was running out.

"He was getting sicker as time went on. He already lost three family members to this disease, and now, we're fortunate enough to have the transplant," Sandy said.

Credit: Sandy Neighbors
Nelson Neighbors was able to ring the bell to signify the end of his pulmonary rehab.

He's doing better today — even better after an encounter at that Bob Evans in Brownsburg.

"The manager came over. She knelt down. The family had already gone that we passed, and she said, 'I just want to tell you that your meal has been paid for. It's been taken care of.' And we're like, 'really?' And she said, 'yes, the family with the daughters at the front table you passed,'" Sandy said.

"The mother said it was just something she felt in her heart that she needed to take care of your meal. She had heard us explain that we needed a table that we were socially distanced from everyone because of Nelson being a transplant patient, and her daughter was also a transplant patient and was born with half a heart," Sandy said.

RELATED: Strangers reach out to help woman who made desperate post on NextDoor

That kindness touched the Neighbors' hearts.

"For someone to think of us when they are sitting there with four kids and it's busy and it's hectic, and they take the time out of their day to think of us," Sandy said.

They too, paid it forward.

"We told the manager that we would like to pass it on to another young lady that had two kids there, so we paid for hers, and we heard later that she had passed it on to another couple," Sandy said.

The Neighbors say they're thankful for the two families who gave them so much.

"It's just been rewarding all around," Nelson said.