The Dirtyard on the south side of Indianapolis will play host to the National Wiffle Ball Tournament this September. 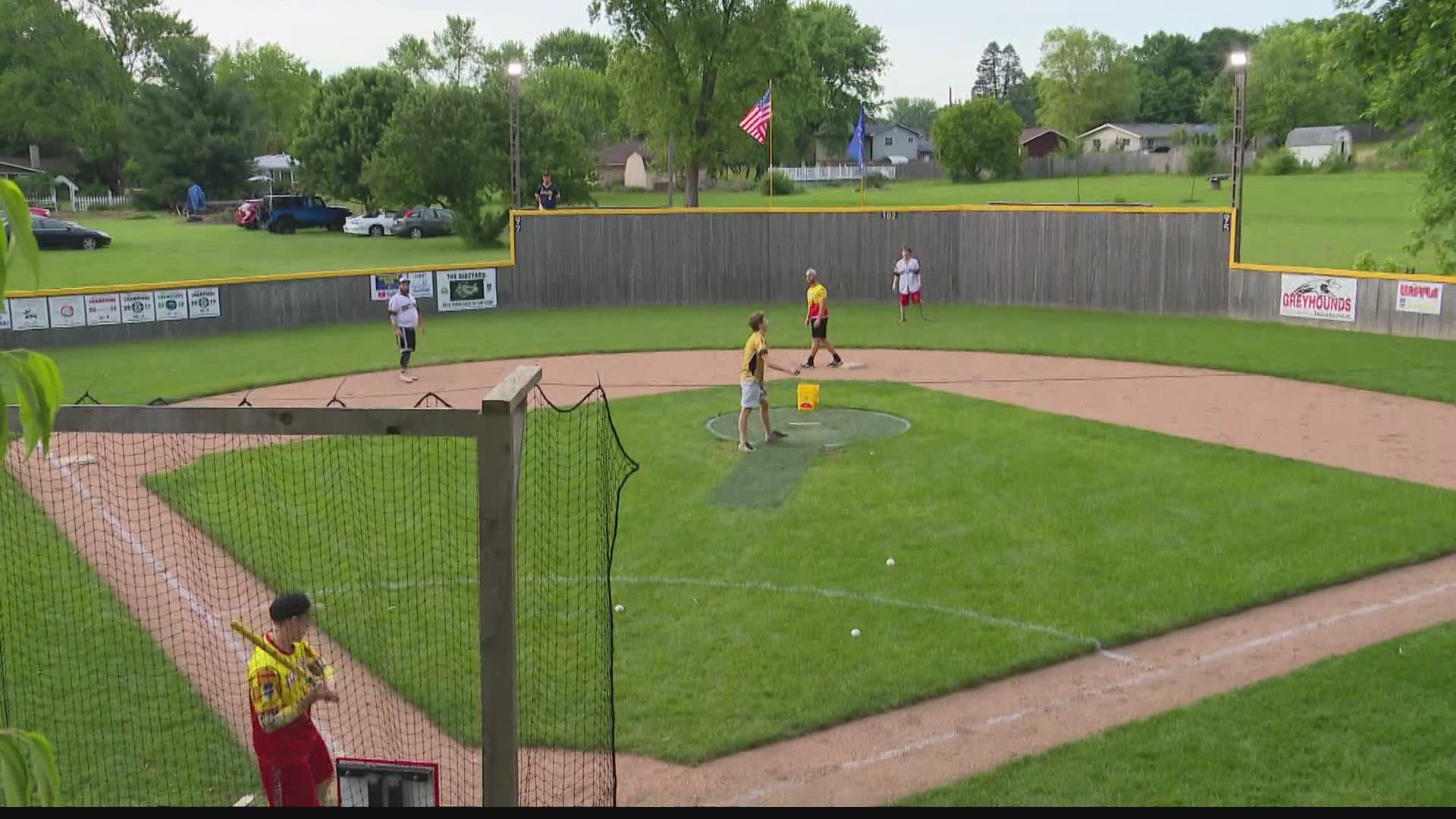 INDIANAPOLIS — If you build it, wiffle ball players will come.

“We were always like, ‘could you imagine if this blew up?’" said Circle City Wiffle Ball founder Brendan Dudas. “And now we’re here.”

"The Dirtyard" on Indianapolis' south side is Dudas' creation, a Field of Dreams sitting in the backyard of his childhood home.

“This is like up here for me in things I take a lot of pride in," he said.

Unless you’re looking for it, you’ll likely never find it. The detailed wiffle ball stadium with a wooden outfield fence, press box, lights and backstop is completely hidden from the street.

“I would attribute 50 percent of this place, its lure, to the fact that it’s in a backyard and it’s what wiffle ball is meant to be," Dudas said.

Brendan may have moved out of his parents' house, but the wiffle ball hasn’t.

“You’re sitting there on a Sunday afternoon on the back porch and the next thing you know, you’ve got a hundred people in your backyard," said Keith Dudas, Bredan's father.

Credit: WTHR
Circle City Wiffle Ball founder Brendan Dudas grew up on the game and is keeping it alive.

He's seen his son grow the game in their backyard since Brendan was in grade school.

“When I would tell people, 'hey come play wiffle ball with us' they’d be like 'wiffle ball? What’re you 12 years old?'' said Brendan Dudas. "You feel silly doing it, but then again it’s a passion of mine.”

It started when Dudas was a kid and would invite his friends over to play after baseball tournaments. Every summer, he'd make another addition to The Dirtyard.

“Every single year just attempting to do something a little extra going over the top," Dudas said.

When life moved on and everybody grew up, this kid's game became an even bigger draw.

“It really boils down to the fact that this is kind of keeping us all together and as things get crazy, you grow up, you get jobs and kids and move away, this is something that’s kind of the core of all of our relationships out here," Dudas said.

“Too many times I see dads like, ‘oh, I wish I would see my son more often.’" Keith Dudas said. "Well, if you have something like this in your backyard, you’re going to see him multiple times a week.”

There's no slowing down. The Dirtyard continues to build as its popularity grows.

“I call it ironically serious," Dudas said. "Just trying to think if the MLB does it, Circle City Wiffle wants to do it.”

The Dirtyard will play host to the National Wiffle Ball Tournament this September.

"That's just really given purpose to our entire league," he said.