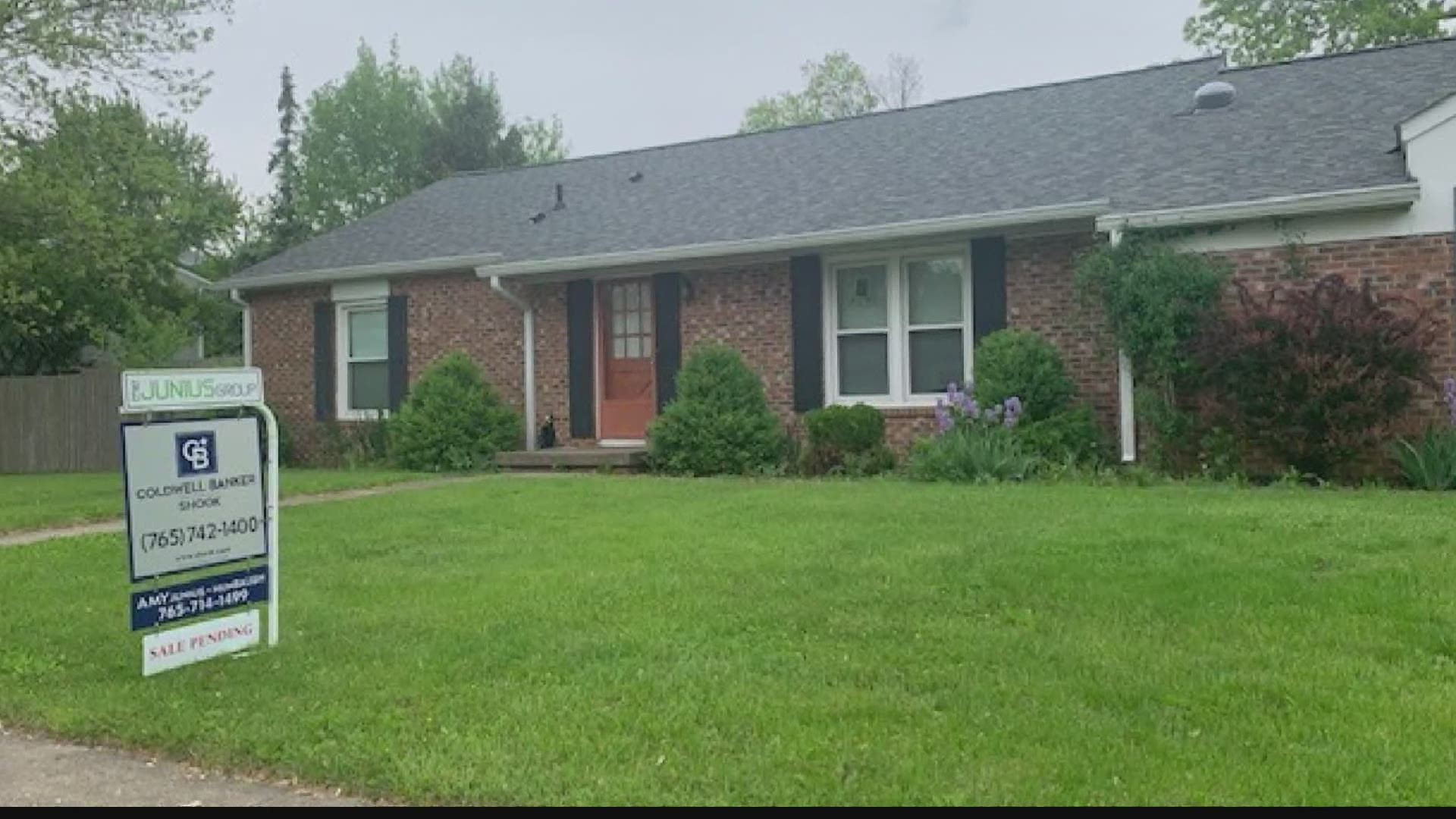 WEST LAFAYETTE, Ind. — Iris O’Donnell Bellisario had always imagined the search for her first home would be a memorable experience. The first-time home buyer says it has certainly been memorable, but for all the wrong reasons.

“It has been one of the most frustrating events of my life,” she said.

After five months of searching, she has seen dozens of homes, made nearly half a dozen offers, and lost out on every one of them.

“Every house that I’ve made an offer on, the winning bid is cash, $20,000 to $50,000 over asking price with no inspections and no appraisal,” she said. “It has ended up being a stressful, disheartening experience.”

Industry experts say it’s a snapshot of a picture we’re seeing across Indiana: more buyers than available homes for sale, which is leading to more competition, which is driving up prices.

Jordan Moody is a real estate broker who sells homes across metropolitan Indianapolis – including Boone County where he said there are 70 percent fewer homes on the market than this time last year.

“The days of just sending your agent a text, saying ‘hey I want to see this house, maybe we’ll negotiate on price,’ those days are over,” Moody said.

O’Donnell Bellisario is searching in one of the toughest markets in the country. Realtor.com named Greater Lafayette, Indiana the nation’s third hottest housing market in April.

That’s good news if you’re trying to sell your home. But for those trying to buy – especially for the first time – achieving that key piece of the American dream seems farther away than ever.

“I almost feel like it's impossible,” said O’Donnell Bellisario. “I have lost a lot of hope. I went into it feeling really excited like, 'this is gonna be the coolest moment of my life,' but it’s really dwindled.”

“What this means for buyers is you have to get creative,” said Moody, who explained that conventional loans are often the way to go if you are going to finance a purchase. And the more money you put down, the better your odds.

“Those government-backed loans are getting beat out by cash offers or 20-percent-plus down conventional offers. So you really need to be strong on your financing in this market,” he said.

According to Realtor.com, here’s what else you can do:

O’Donnell Bellisario had hoped to be moved into her first home by now. She’s frustrated, but hasn’t given up yet.

Here’s how much typical central Indiana home values have gone up since last year, according to Zillow: