8-year-old Bob Ross fan gets his own art exhibition

Levi Folker has been painting since he was one and says he "doesn't overthink" his paintings, he just "goes for it!" 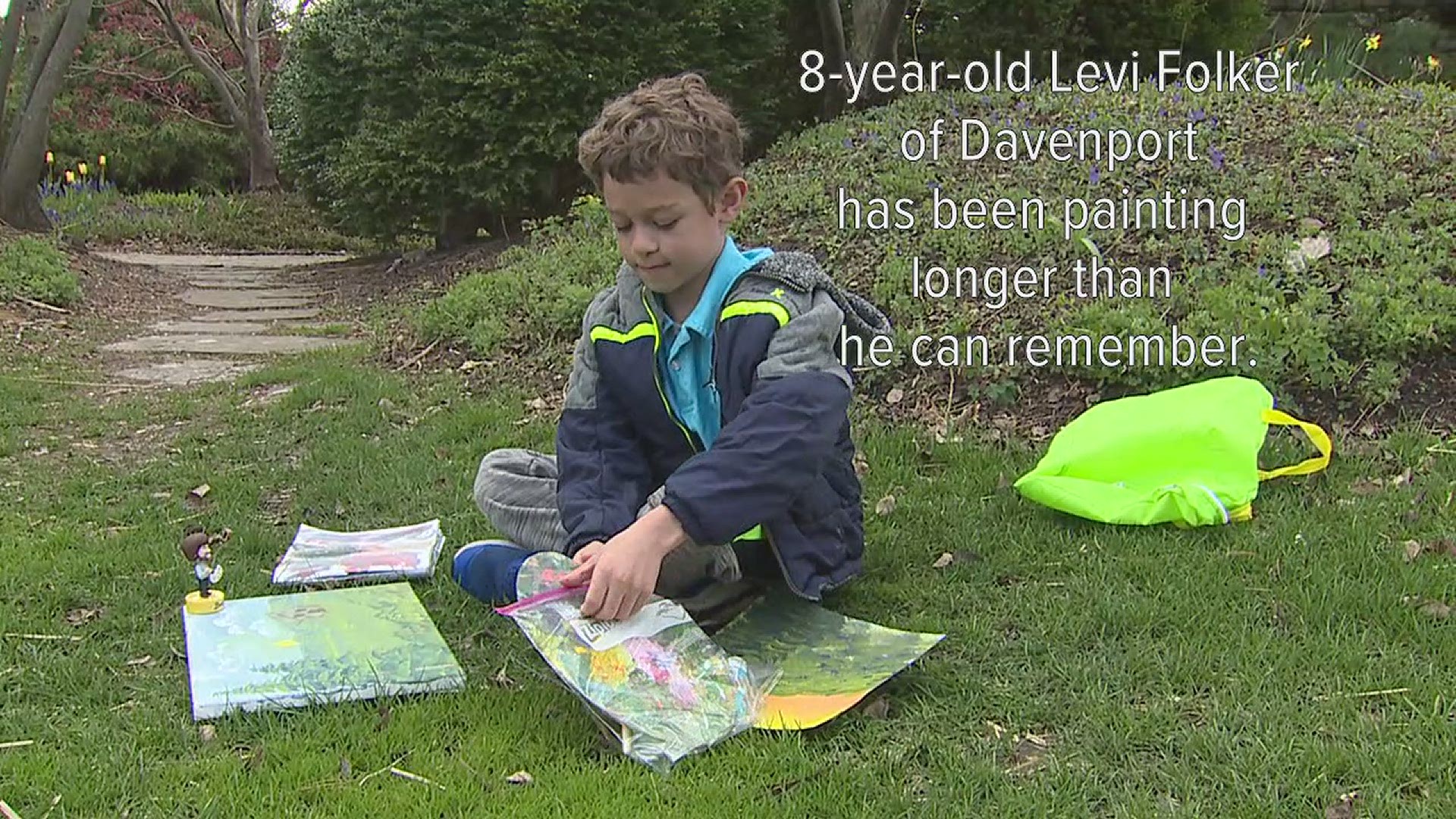 ROCK ISLAND, Ill. — 8-year-old Levi Folker of Davenport, Iowa has been painting longer than he can remember.

"I was one years old when I first started painting and I really liked it because it's art, there's no right or wrong way to do it," Levi said.

"I like to paint landscapes, sometimes people, animals and abstract art. My favorite thing to paint is definitely landscapes," Levi said.

Levi has picked up some techniques from legendary artist Bob Ross.

"I think 50% of it I made up but I watch Bob Ross, some YouTube videos sometimes to learn techniques. I get inspired a lot by nature," Levi said.

He even sets up a Bob Ross bobblehead to watch over him as he paints.

"For a while he had his little art studio set up in the basement where he's got like a little art table and bench and like a thousand paints, and he would watch Bob Ross on the little TV set up in there for him. But now he does it on the iPad and the iPad is covered in paint," Stephen said.

They are now featuring Levi, their youngest artist ever.

"They really liked my art so it's totally okay for them to display my art there," Levi said.

Levi says he probably does at least 10 paintings a week and "at least 400" in his lifetime.

"I don't overthink my painting, I just go for it!" Levi said.

But he has no plans to slow down...

"I think that I'm going to definitely be doing a lot of art my whole life. I was thinking about being an art teacher when I grow up but that doesn't get that much money. So I'm still sorta thinking about, I don't have to worry about it right now because I'm an eight and a half year old," Levi said.

Whatever he decides, Levi isn't waiting to spread his love of art.

"I've also always wanted to inspire other people to do art. Even if it's not painting, just any type of art, or get inspired by nature," Levi said.

You can check out Levi's masterpieces at the Quad City Botanical Center in Rock Island through the end of May.