Woman who gave birth in a coma while fighting COVID-19 goes home, holds baby for 1st time in months

When Daysi Marcillo returned and got to hold her newborn son, she broke into tears. 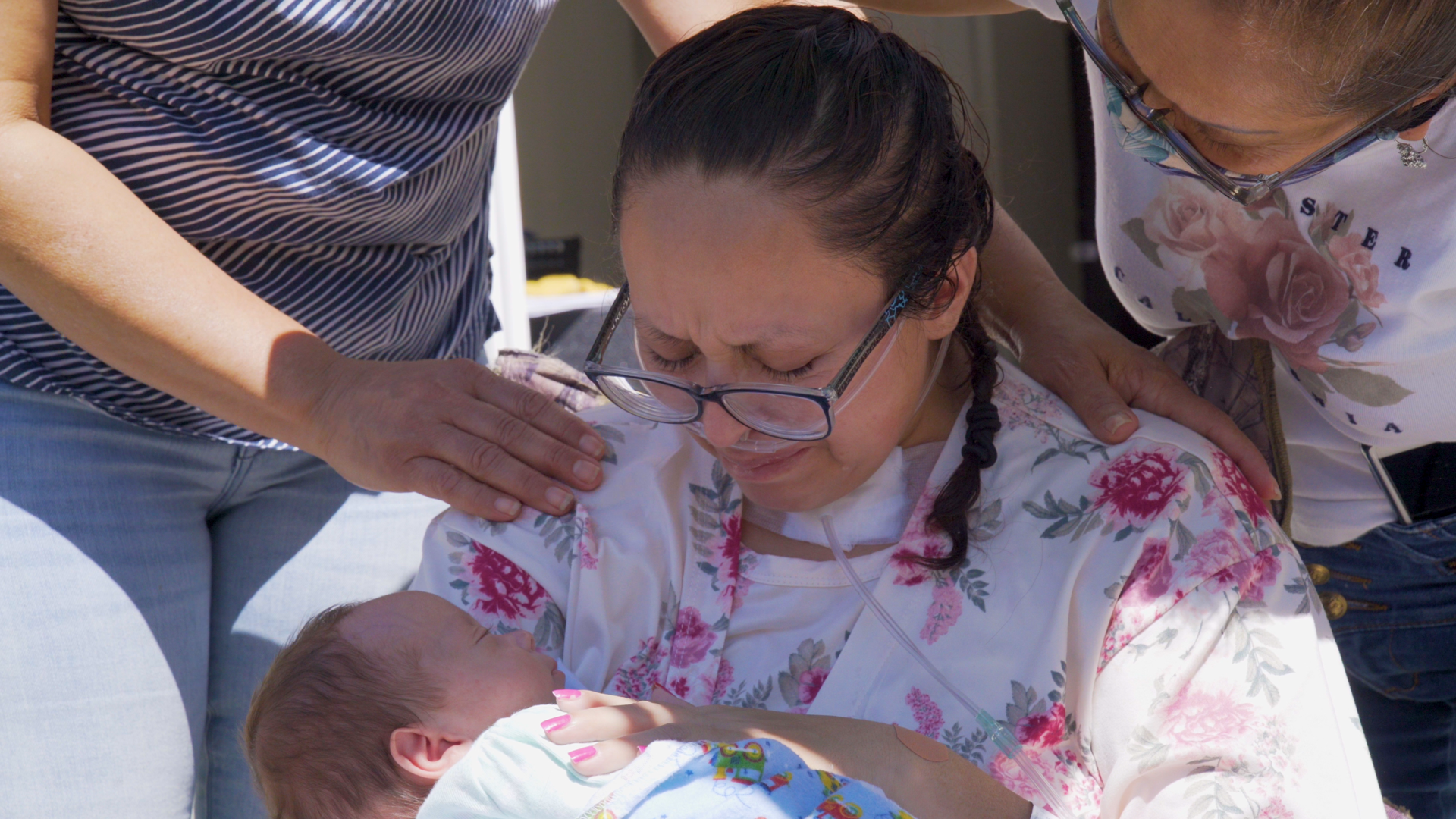 DULUTH, Ga. — They have been waiting for nearly three months.

The family of Daysi Marcillo gathered outside her house on a sunny Monday afternoon. She has been in the hospital with COVID-19 since just after the New Year. She needed to be placed on a ventilator.

“She couldn’t breathe, and she was pregnant," her sister-in-law Liliana said. "She was 29 weeks pregnant.”

Daysi was in a medically induced coma when doctors performed an emergency C-section and delivered her son, Ragnar.

He weighed just three pounds. But after a stay in the neonatal intensive care unit, Ragnar developed enough to be allowed to return home.

She stayed in the hospital for months, with her family - including five children - unsure if she would survive.

Her lungs are damaged. Family members believe she’ll likely be on oxygen for the rest of her life. But few thought Daysi would be here, holding her newborn son: a moment worth any pain and any wait.

Daysi's family has set up a online funding campaign to help with her medical expenses.