Be prepared to wait longer for your USPS packages

USPS announced it's permanently slowing deliveries as part of a plan to cut costs. 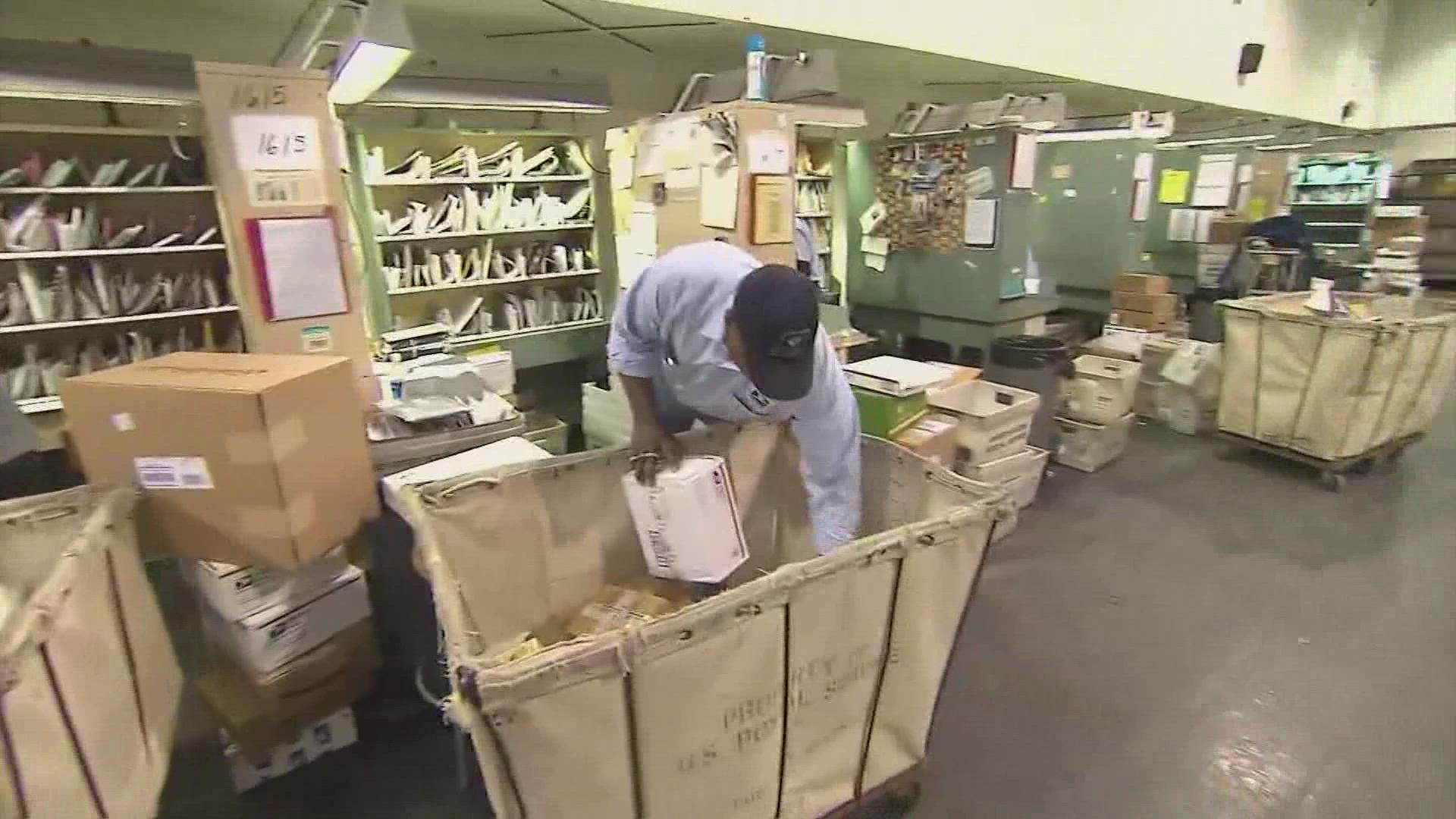 On October 1, the U.S Postal Service announced that it was starting a program that would slow down some mail service. That program is designed to save the post office money and recoup some losses.

How long will it take USPS to deliver packages?

U.S.P. S. says the changes will affect about 30% of its volume. That means packages and letters traveling longer distances could take up to 5 days instead of 2 or 3.

We recruited help from three sister stations in other cities. Our package exchange was with Kalie Greenberg at KING 5 in Seattle, Steve Eckert at KARE 11 in Minneapolis and Luke Simons at KENS 5 in San Antonio.

If you’re curious, we mailed items with the KHOU11 logo on it. Everyone mailed out their items on October 1 and then we waited.

The first package showed up two business days later. It traveled more than 1200 miles from our Minneapolis station. Steve stuffed the box with Halloween candy.

It would take four days for our mail to arrive from Seattle and San Antonio. We got a logo cap from Kalie and a handful of station goodies from Luke.

As for the items mailed from Houston, San Antonio got it two days later and Minneapolis received our package on day 4.

We’re still waiting to hear when Kalie in Seattle gets her KHOU 11 swag. It was sent more than a week ago!

Keep this test as a reminder for when you start sending holiday packages. Ship them early! Your packages might take a little longer and will cost more. The new program not only includes a permanent slowdown in delivery but a temporary price hike. The increased prices will run through December 26.