When a sheriff's deputy in Douglas County, Georgia got out of her patrol car to deliver papers to a resident, a goat took the opportunity to hop in. 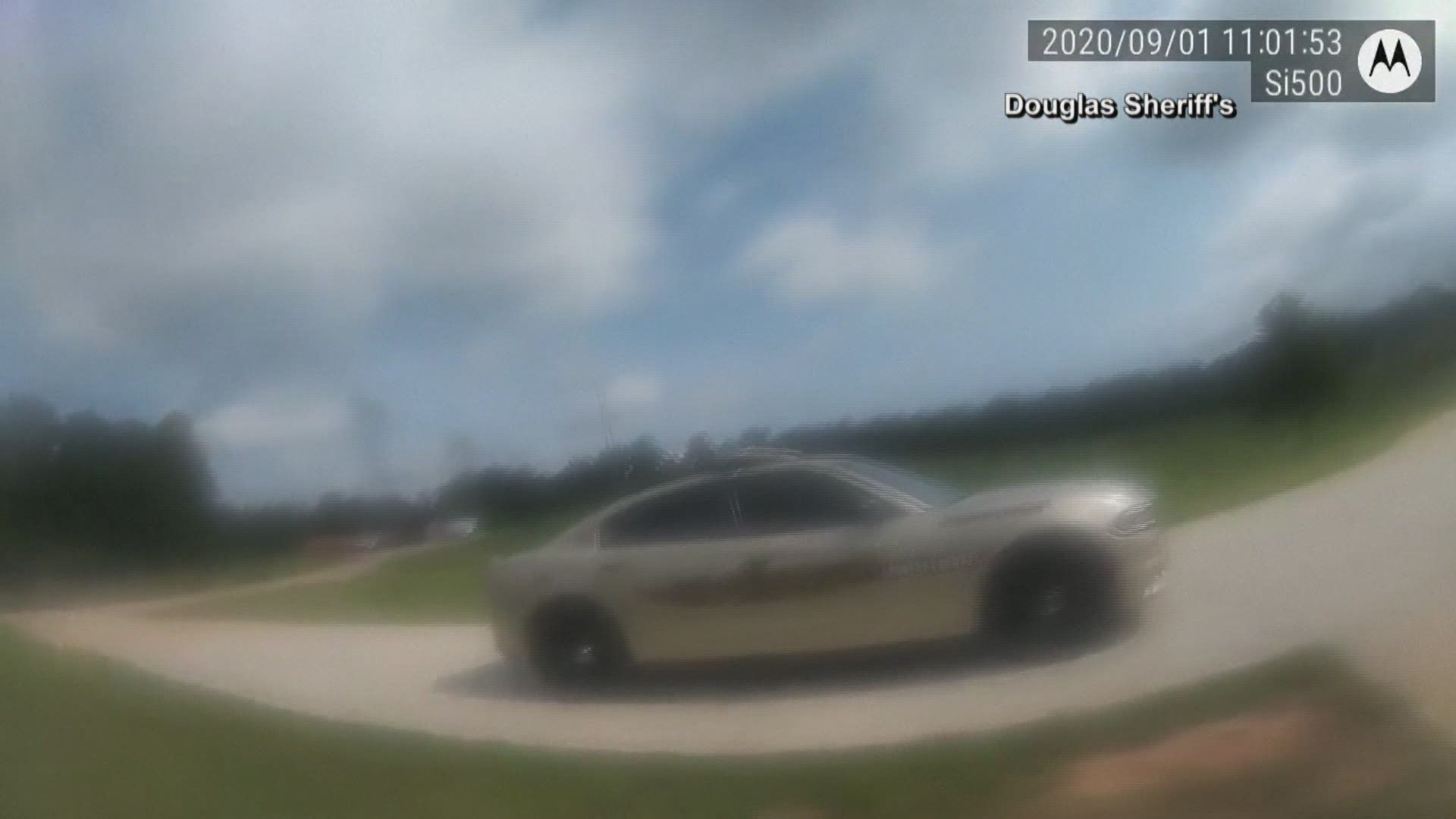 Video from the deputy's body camera shows when the deputy got out of her car, a goat jumped inside. The deputy made several attempts to get the goat out of the car, but it wasn't going anywhere. The goat stood on the front seats and chewed on papers in the vehicle.

At one point, the deputy was knocked to the ground. Thankfully, she wasn't injured.

According to the sheriff's office, the deputy said she typically leaves her car doors open because she's had to get away from vicious dogs on several occasions. She never expected that would put her at risk for other animals getting into her car.