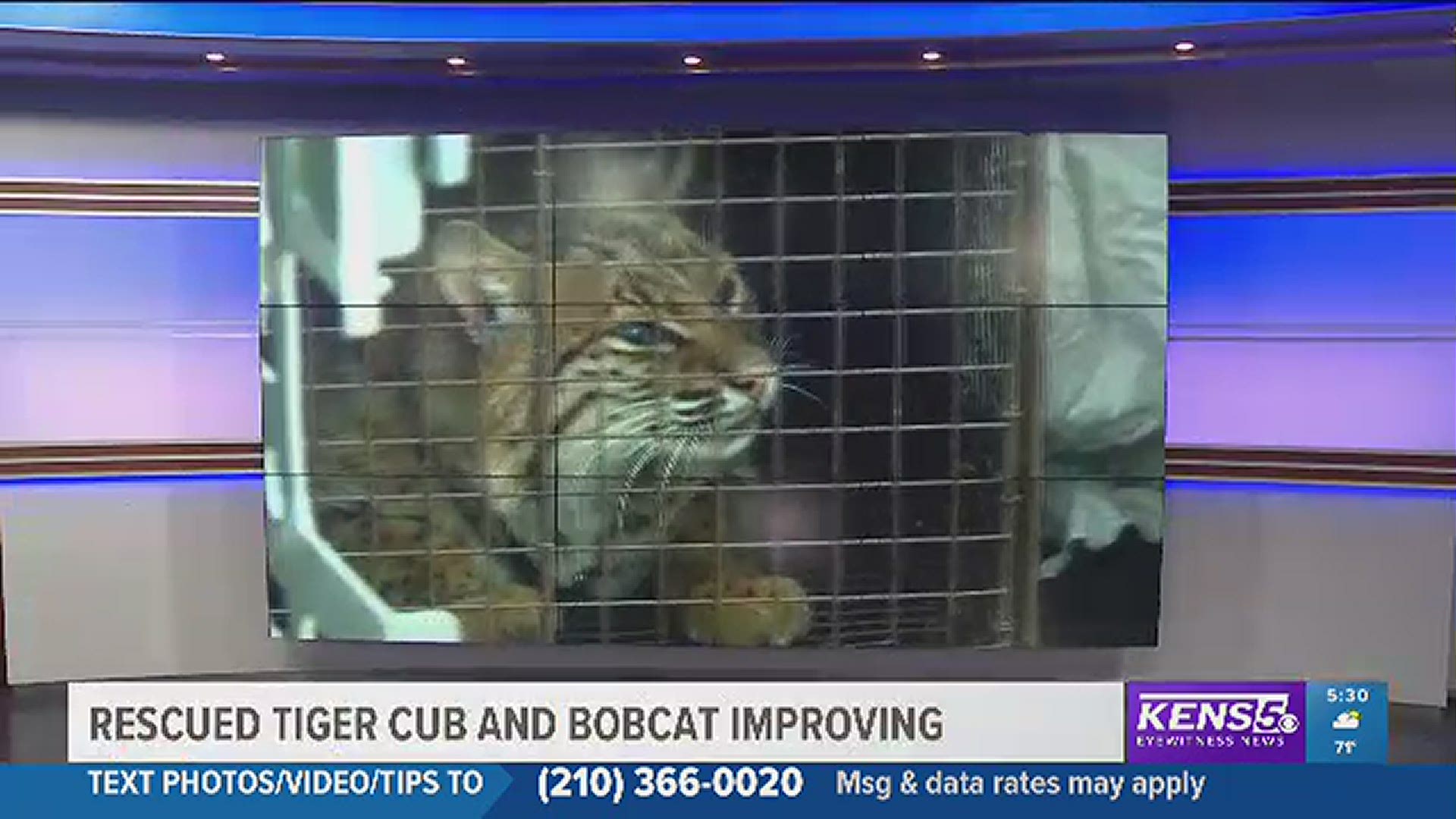 SAN ANTONIO — Staff at the San Antonio Zoo says a 14-week-old tiger cub and 5-year-old bobcat rescued from a southwest-side home this week are in much better condition now that they're receiving proper care.

“So far, the animals are doing well,” said Tamara Kruse, assistant director veterinarian of medicine for the San Antonio Zoo.

Kruse says the exotic animals, which require special care, weren’t being properly looked after. She says the tiger cub is now starting to eat solid foods after being on formula for six weeks longer than he was supposed to be.

Kruse says the cub was malnourished and underweight when he first arrived at the zoo.

As for the bobcat, Kruse says it was in good shape when it arrived but has been experiencing some vision and hearing problems.

“We did notice we had had it in our enclosure area for holding that it was a bumping into things,” Kruse said.

Ultimately, the zoo says both animals should live long and happy lives.

Kruse says people keeping these exotic animals as personal pets are not only putting the animals in danger but themselves in danger as well.

“Now, instead of a dog, you have a tiger that will eventually grow up to be an over-100-pound- and then, eventually, a 500-pound tiger and you just don’t know what it’s capable of doing," he said. "It may lick and hug you one day, and then take your arm off the next day."

Both animals will be kept at the San Antonio Zoo until a new home is found.