Help name a baby penguin at the Saint Louis Zoo 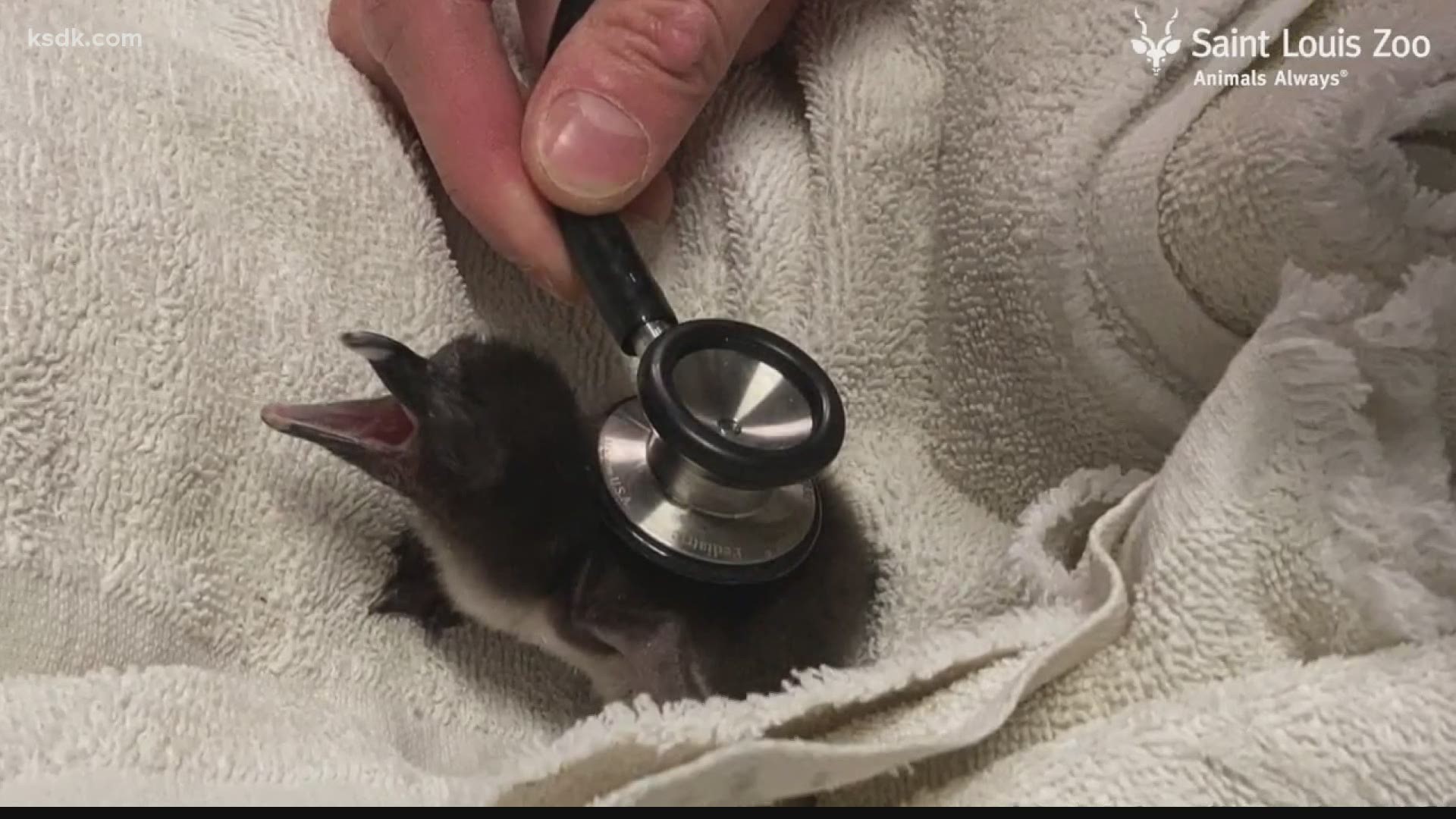 ST. LOUIS — The Saint Louis Zoo recently welcomed a baby penguin into the world and now it is asking for your help in naming her.

On Dec. 11, a female southern rockhopper penguin hatched at the Penguin & Puffin Coast habitat at the zoo. This is the first successful hatch of this species at the zoo in 11 years.

Bird keepers at the zoo selected four potential names for the baby penguin and the story behind each name.

Click here to vote for your favorite name. Voting is open until March 2 and the name will be announced on March 3.

The penguin’s journey began when her mom, 18-year-old Star, laid an egg in a nest full of rocks and grass that was built by her dad, 18-year-old Rocky.

In the past, Star and Rocky had some difficulty successfully incubating eggs on their own so the bird care team moved the egg to an artificial incubator at the Bird House. Staff gave Star and Rocky a “dummy” egg so they could continue to practice incubating.

For 32 days, staff monitored the chick’s progress during incubation. To make sure the chick was in the correct position to hatch, staff took the chick’s first picture using x-rays.

When the chick first broke through its shell, it was time to place it under the parents, but Star and Rocky’s nest was located above open water and was too dangerous for a wiggling chick. So, the egg was placed in the nest of another pair of penguins who were nesting in a safer location. They became the chick’s foster parents.

The foster parents, Rockie and Buddha, had produced their own egg around the same time, but it was not fertile.

Over the next 48 hours the chick wiggled and peeped to alert the foster parents that it was making its way out of its shell. Once the chick was out of the shell, the parents fed the chick around the clock.

The chick’s biological parents remain nearby in the same habitat so the chick will grow up knowing them as part of the larger colony, the zoo said on its website.

Southern rockhoppers are a vulnerable species of penguin and are native to the Indian and Pacific oceans. The “tiny but tough” penguins are also found along the southern coast of South America.

Southern rockhopper penguins have distinctive yellow plumes extending from a yellow stripe above the eye. They are about 18 inches tall and weigh 4 to 9 pounds.

Like many other penguins, southern rockhoppers form lasting bonds with their mate. They will return to the same nest site year after year.

In the wild they feed mostly on krill, but they also eat fish and squid. At the zoo, they eat fish including capelin, mackerel, herring and trout.

It is estimated that over the past 37 years, the number of southern rockhopper penguins have declined by 34%.