Three kangaroos escaped from Oasis Animal Adventures. Two of them quickly returned, but one spent some time hopping around the area. 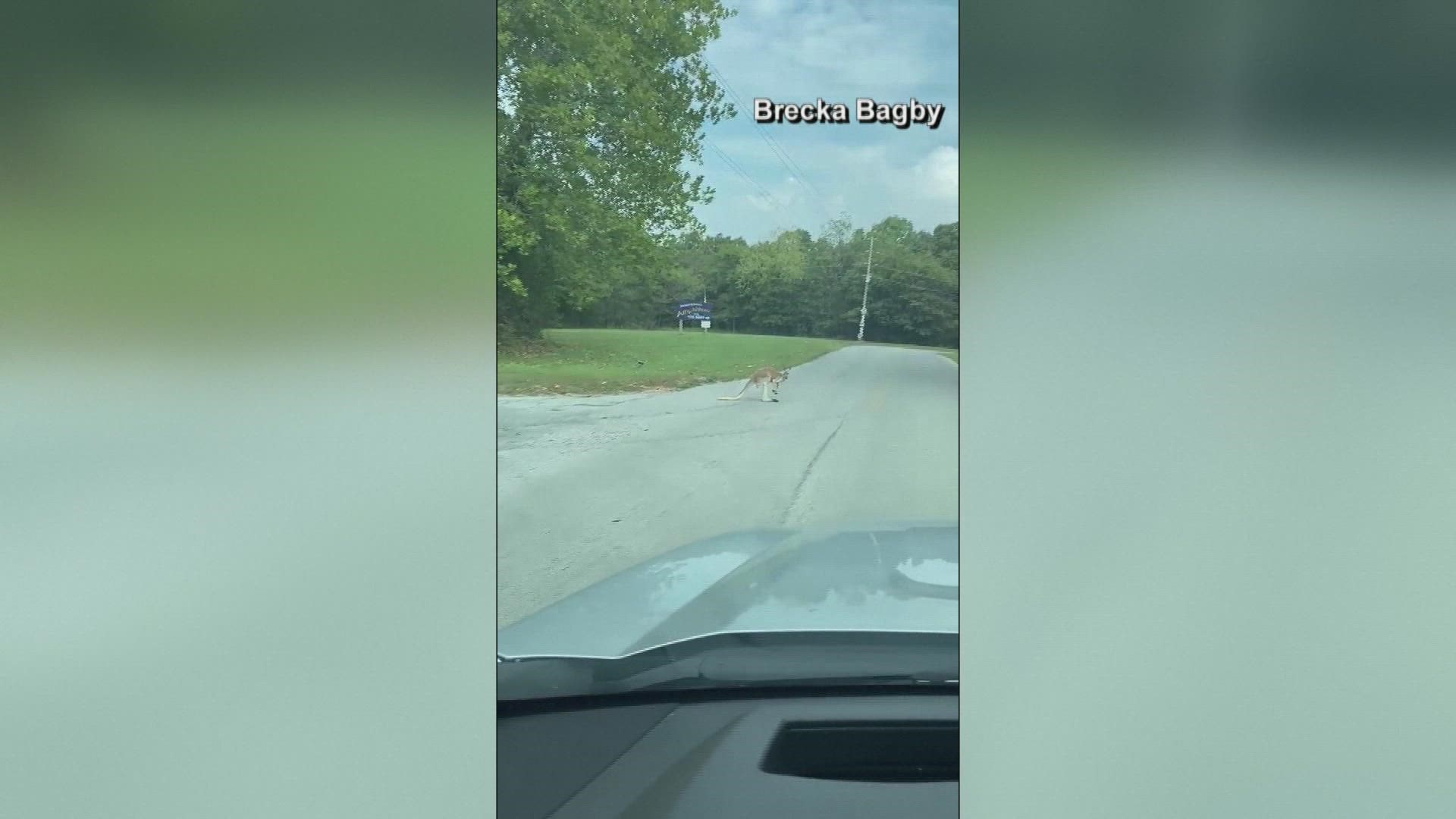 GRAND LAKE TOWNE, Okla. — It's not Australia, but a few kangaroos were spotted in the wild in Oklahoma Wednesday.

One, named Big Red, escaped with two female kangaroos from their pen at Oasis Animal Adventures in northeast Oklahoma.

They greeted one of the animal farm's staff members Wednesday when arriving at work. The gate to their enclosure was apparently not properly closed the night before.

The two female kangaroos were found across the road shortly after their escape, but Big Red hopped all over the area before making it back to his pen.

A few people formed a human chain to guide him back.

Only at Grand Lake… Is anyone missing a kangaroo?