Affected by the fire were the sanctuary's seven large horses, a miniature horse, a donkey, 12 goats, three miniature cows, one large cow, a lamb and four pigs. 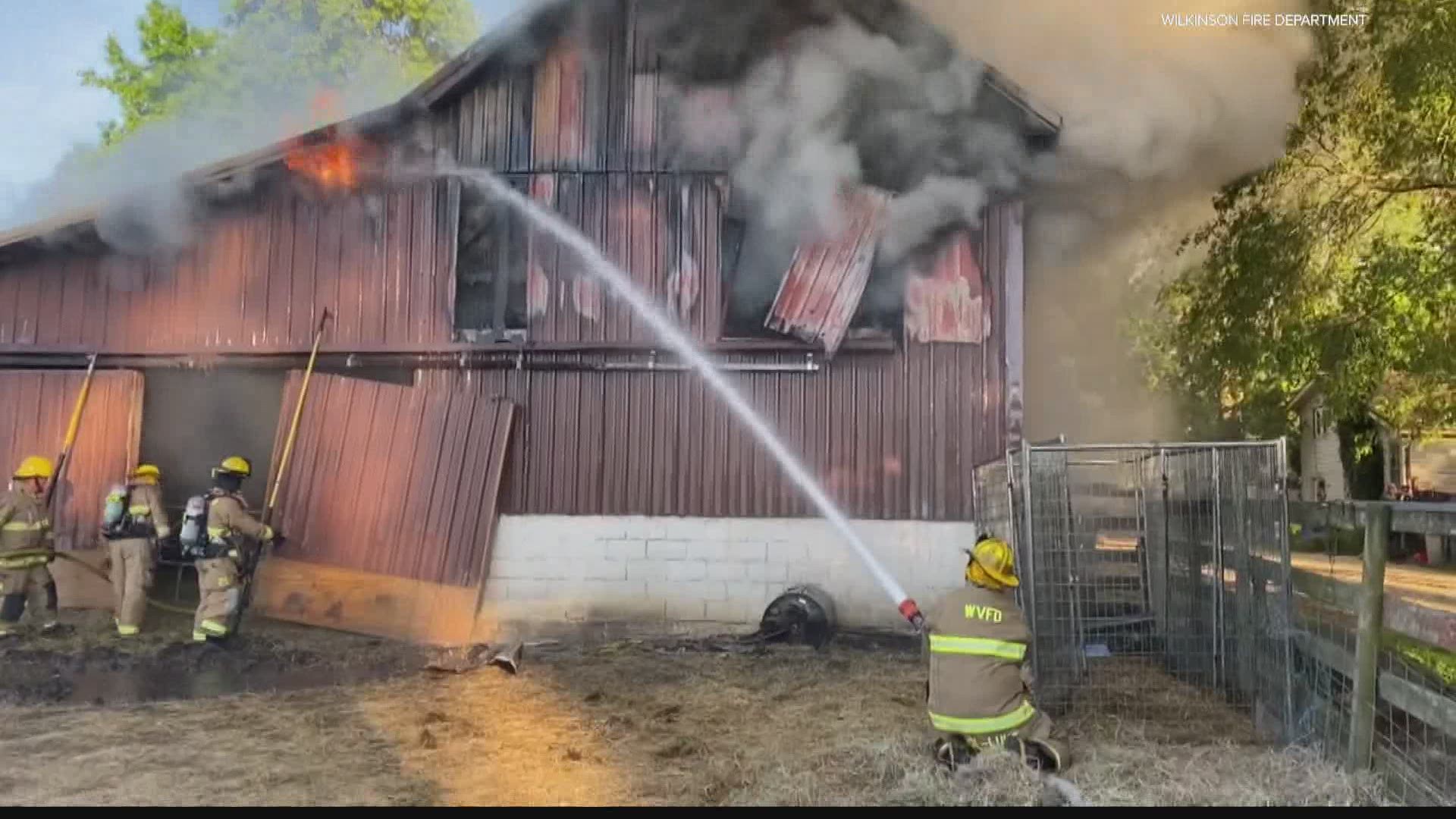 WILKINSON, Indiana — The Almost Heaven Farm Animal Sanctuary in Hancock County is in need after a barn fire destroyed hundreds of bales of hay and other supplies.

On Saturday night, Nick Atkins was feeding the goats and was about to lead their stallion rescue to the barn for feeding. As Atkins was crossing the field, he spotted smoke coming from the barn.

After calling 911, Atkins ran into the barn and helped get two pigs out as it filled with smoke.

“You couldn’t see. It was very, very black. I told my wife take very small breaths. Let’s get it done. She didn’t hesitate either, we were side by side to get ‘em out,” Atkins said.

By the time firefighters were able to put the fire out, 600 bales of winter hay was destroyed along with the barn that housed the animals and equipment. The fire had burned for four hours.

Affected by the fire were the sanctuary's seven large horses, a miniature horse, a donkey, 12 goats, three miniature cows, one large cow, a lamb and four pigs. All of the animals made it out safely and were not injured.

The animals are not adoption animals. They're at the sanctuary to live out their lives after coming from people who can no longer care for them or who have abandoned them.

There are temporary shelters for the animals for the time being, but they'll need to rebuild the barn, which was originally built in 1890 and is a total loss.

The sanctuary had some insurance, but not nearly enough to cover everything lost. They're trying to raise around $80,000 to rebuild the barn and replace everything that was lost. They're already getting some donations.

“I mean, look at the world. A lot of the world is in chaos, but people still love, and people still care and we’re feeling that,” Atkins said.

If you would like to help the Almost Heaven Farm Animal Sanctuary, there is an official GoFundMe page setup. It is a 501c3 non-profit and can give donation receipts.