WATCH: Gorilla dad unsuccessfully tries to take all Easter treats for himself

As the silverback gorilla dad fumbled with the food, some of the eggs and salad rolled away. 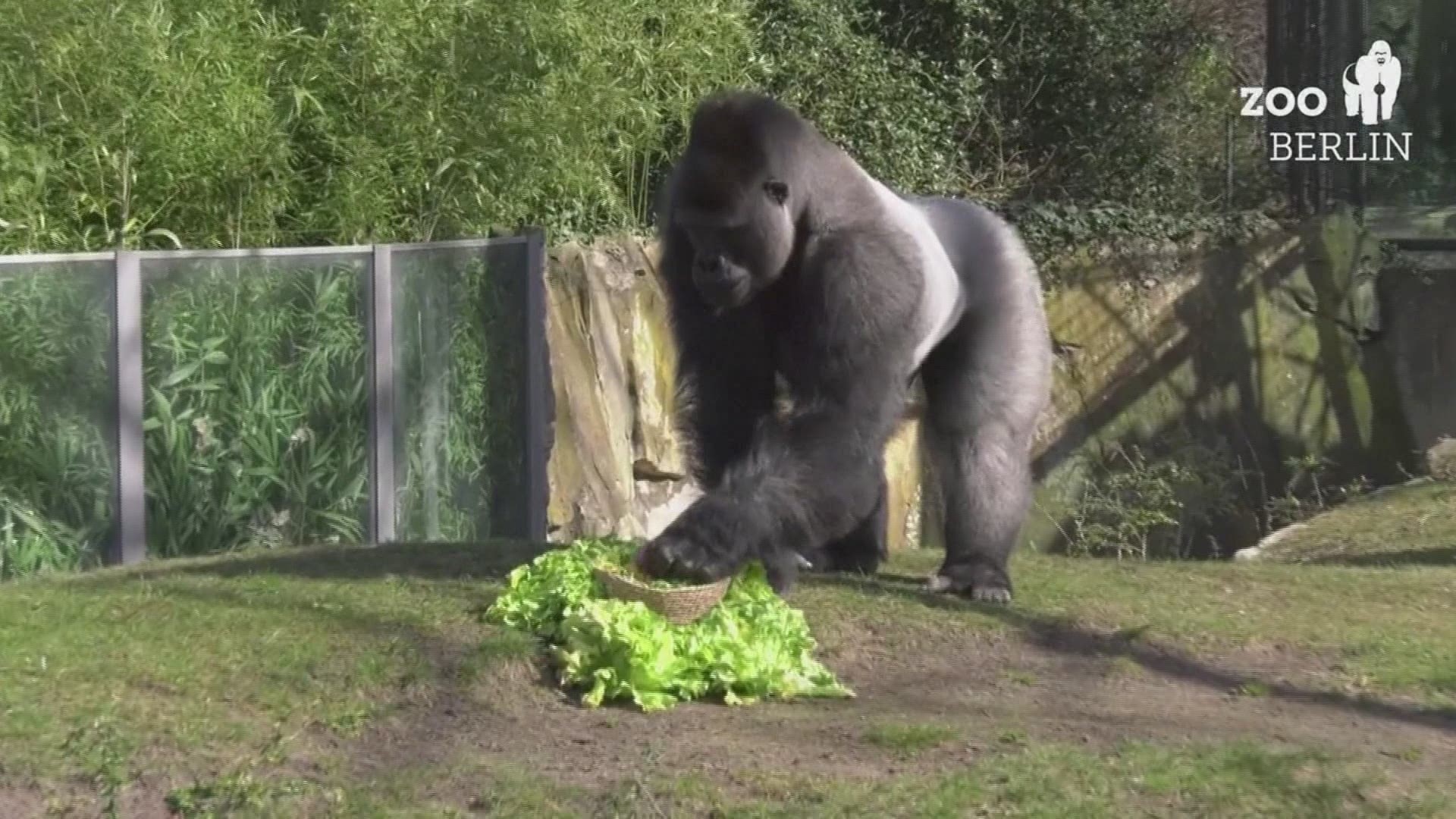 Tierpark Berlin rewarded its gorillas with a basket of Easter eggs and some salad. However, the silverback gorilla dad, named "Sango," tried to grab all of the treats for himself.

As he fumbled with the food, some of the eggs and salad rolled away.

The mother, named "Bibi," watched as Sango ate his eggs, leaving her with a single carrot.

"Tilla," the new baby born in February, was happy enough with her mother's milk. She is not on public view yet because the zoo wants to avoid the crowds that would gather to see her.

The Berlin zoo will be presenting the gorillas to the public in a couple of weeks.

Tilla is the first baby gorilla born in Berlin in 16 years.

RELATED: Some things people love about Easter could be lethal to pets