First mountain lion to be injured, rehabbed, released back into wild found thriving in California

A mountain lion that got burned in the Bobcat Fire in September is back in the wild thriving. 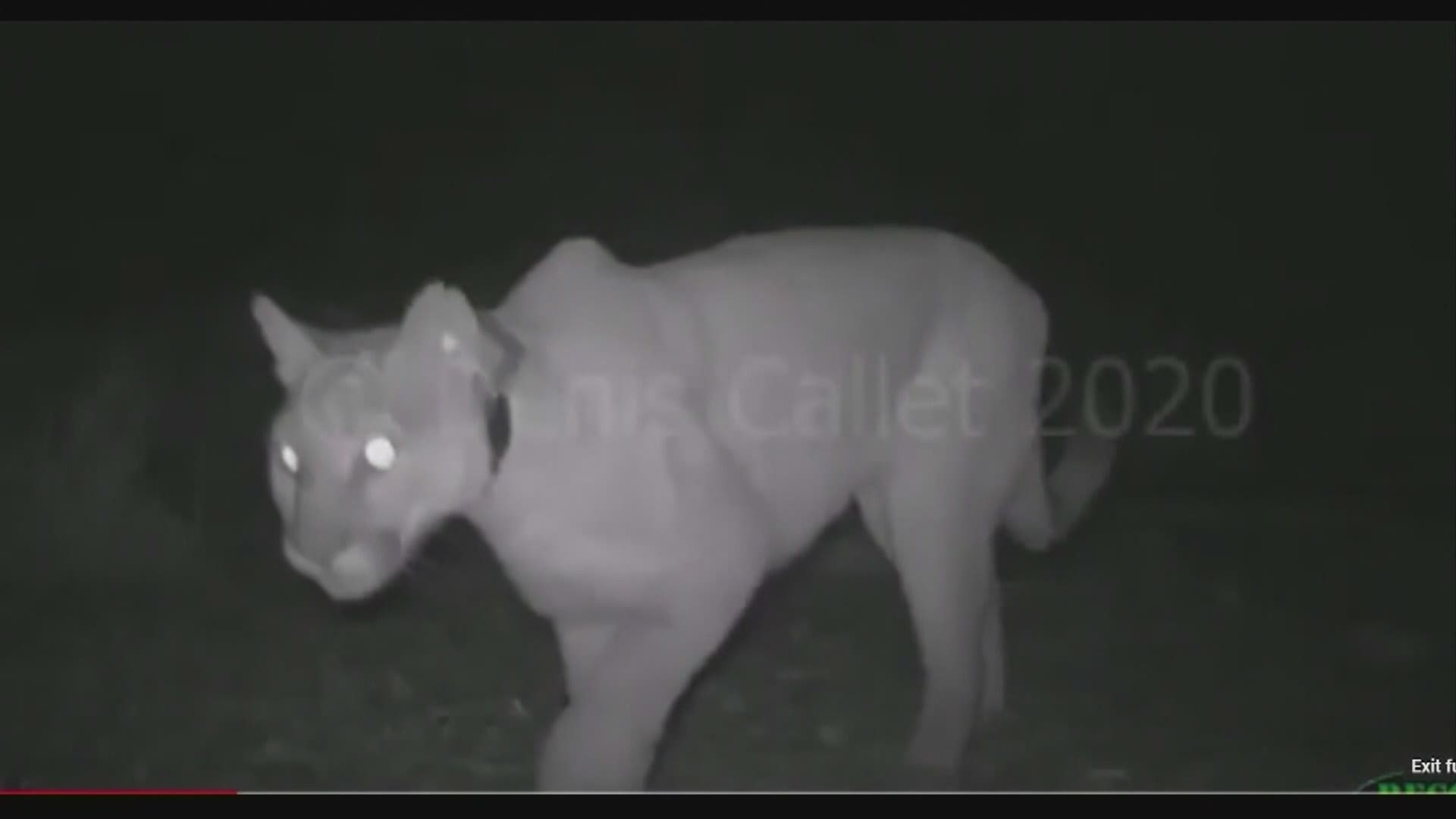 MONROVIA, Calif. — A 7-year-old mountain lion is breaking barriers after getting burned in California's Bobcat Fire in September. She's the very first mountain lion in California to be rescued, rehabilitated, released and found thriving again in a natural habitat.

"We were ecstatic to see her on the cameras, in short. We were very excited to see that she looks good, she's walking well," said Cougar Conservancy Director Korrina Domingo.

Monrovia, California resident Gary Potter recalled the moment he saw the mountain lion sprawled out in his yard during the September fire, which burned 114,000 acres.

Potter said the sound was unbearable, so he called the Cougar Conservancy for help. They discovered she had suffered severe burns on all four of her paws. But at 7 years old, they knew she had a shot at survival.

"She already knew how to be a lion," Domingo said.

She just need a little help getting back on her feet. The Department of Fish and Wildlife stepped in for a safe rescue and shipped the lion to UC Davis in Sacramento, where vets soothed the pain and helped heal her paws with experimental fish skin treatments.

"They did the tilapia burn treatment, and in between that, they do this really cool light treatment," Domingo said. "They're shooting light at it to make sure it gets rid of any infection."

The team at UC Davis think the lion was wandering around hurt for a week or two and couldn't use her paws to kill her prey, so they had to fatten her up.

"She was also eating lots of meatballs, which is great," Domingo said.

On Oct. 23, the lion stood up and cautiously slinked back into the Angeles National Forest. Two weeks later, she strolled in front of wildlife photographer Denis Callet's trail camera.

He knew it was her because of the tracking collar.

It's why he monitors his 27 motion-activated cameras in the San Gabriel Mountains — to be a voice for wild animals. But Callet doesn't take the credit for the lion's story. He gives that to Potter.

"He deserves a medal. You know, a wildlife medal with a lion," Callet said.

All involved are wishing the cougar all the best.

"I think I'll see her again," Callet said. "I have a strong belief."

Domingo said everyone at the Cougar Conservancy is dying to know where she goes next.

For now, she appears to be spending time at a preserve just 8 miles from where she was rescued.