Elephant rescued after falling into well

Dozens of villagers fed the elephant banana leaves while workers used a crane to pull him up to safety. 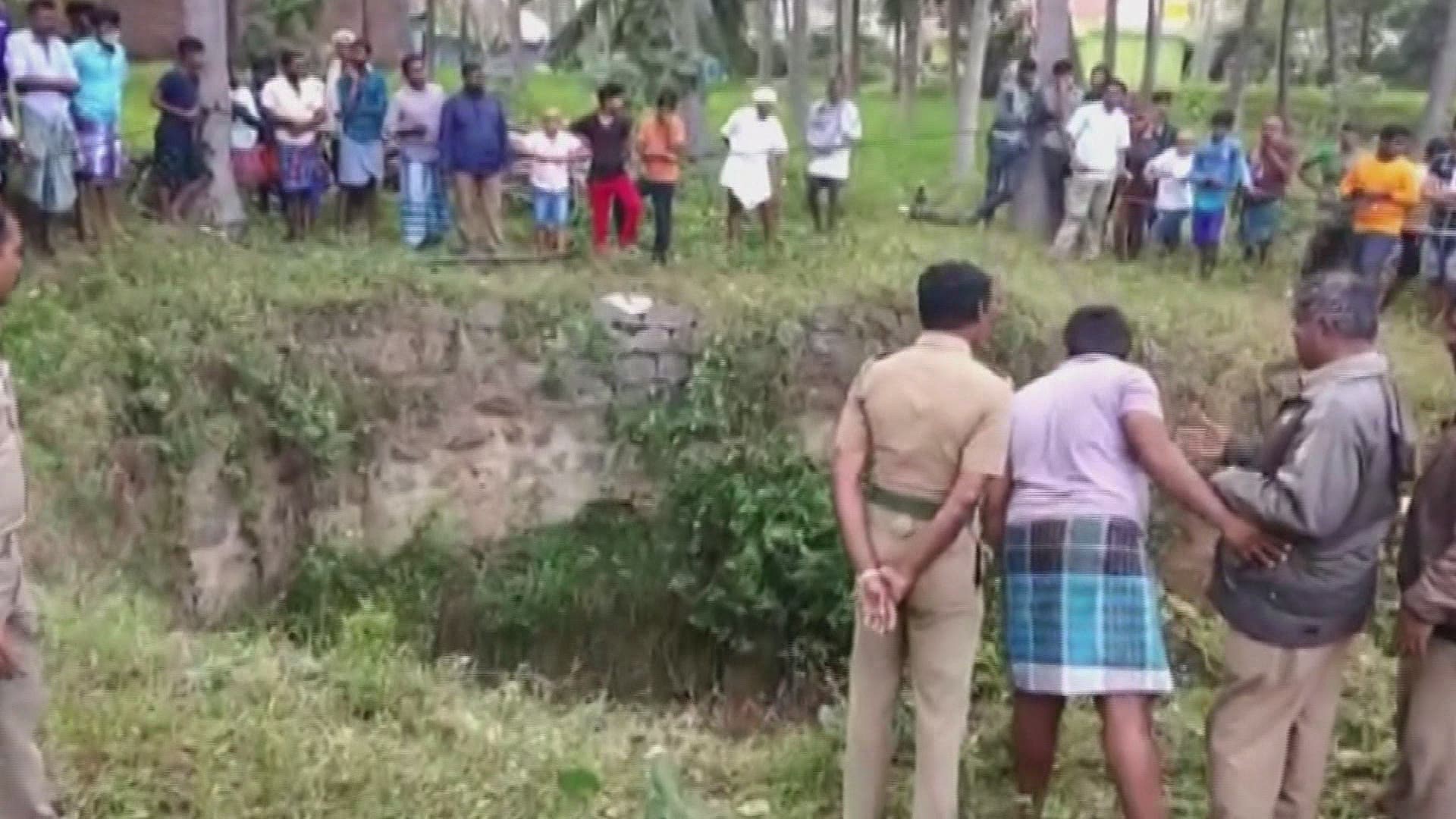 DHARMAPURI, Tamil Nadu — Authorities and local villagers in southern India rescued an elephant that fell in a well in an operation that lasted over 14 hours from Thursday into Friday.

The 25-year-old male elephant, which does not have a tusk, fell into the well Thursday afternoon and was rescued just after midnight.

When a farmer heard cries from the animal from his well, he alerted the authorities who reached the site with 50 members and rescued the animal after prolonged efforts.

The well was 55-feet deep but the water was shallow and was able to be pumped out.

Two excavators, trucks, and a crane were used in the rescue. Meanwhile, villagers kept dropping banana leaves down to feed the elephant.

Authorities now hope to release the elephant into a nearby forest.