Dawn Turpin and her family were outside celebrating birthdays when the officer approached them and asked to sing to them. 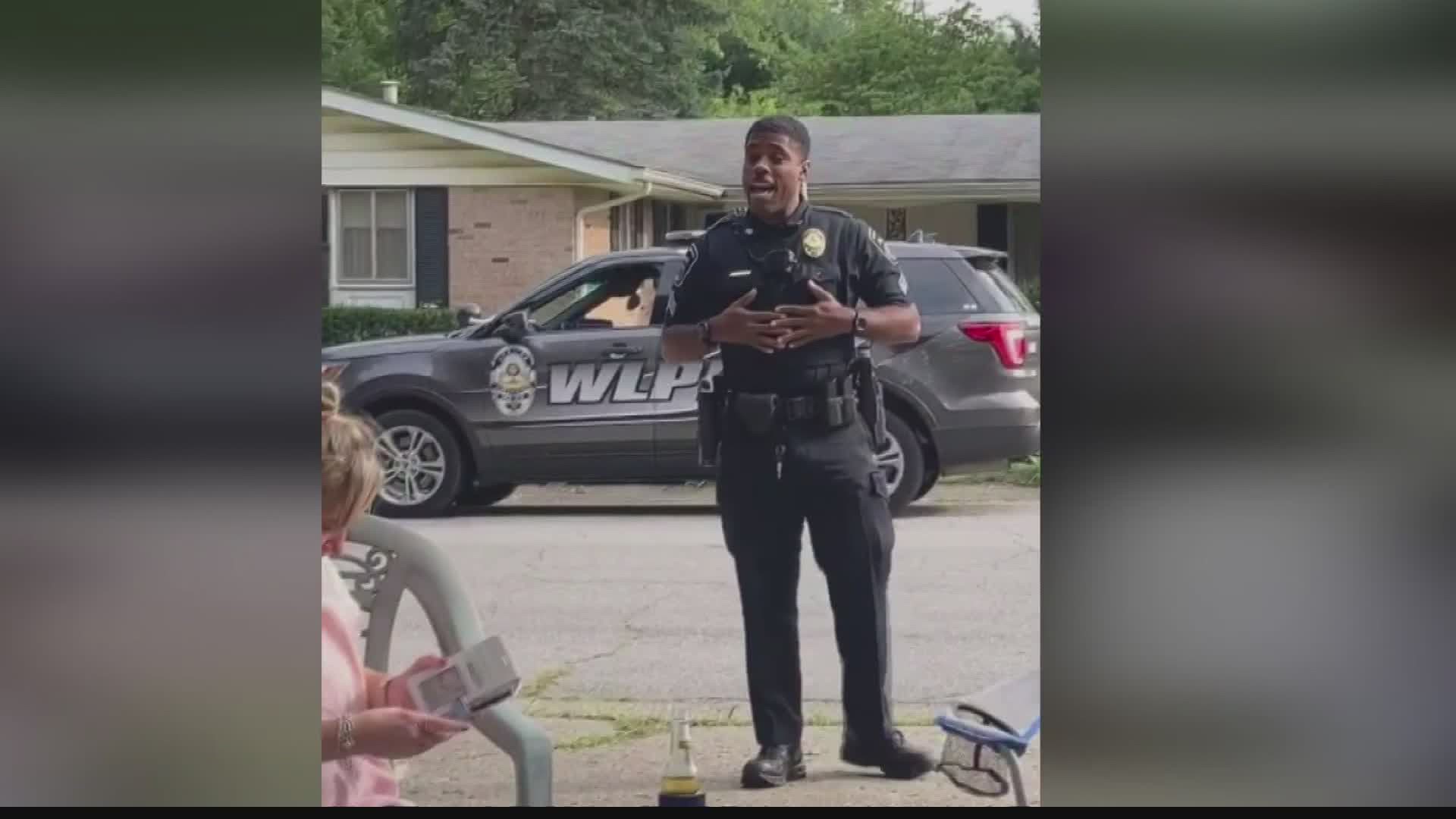 WEST LAFAYETTE, Ind. — Dawn Turpin drove from Tennessee over the holiday weekend to celebrate her mother-in-law's birthday. Little did she know her family was planning a surprise to celebrate her birthday, too.

They gathered at a home in West Lafayette, but Dawn wasn't the only one who got a surprise. As the family sat outside, Dawn said a West Lafayette Police officer stopped his car and approached them.

West Lafayette Police Sgt. Sanford Swanson Jr. asked the group if they were celebrating anything and they mentioned Dawn and her mother-in-law's birthdays.

Swanson then asked if he could sing to them.

"When he started singing everyone pulled their phone out," Dawn said. "We were like 'wow.'"

Dawn's son Mason can actually be hearing saying "oh wow" in the video.

Comments on Dawn's post said Swanson sings at church and has also performed the national anthem at events.

"Most of us were shocked he could sing that well," Dawn said.

For Dawn, it was something little that made her birthday special.

"It made our day, especially with what's going on right now," Dawn said.

Swanson has been with the West Lafayette Police Department since 2016.