A moving musical tribute, dedicated to those on the front lines in the battle against COVID-19, is getting a lot of attention online. 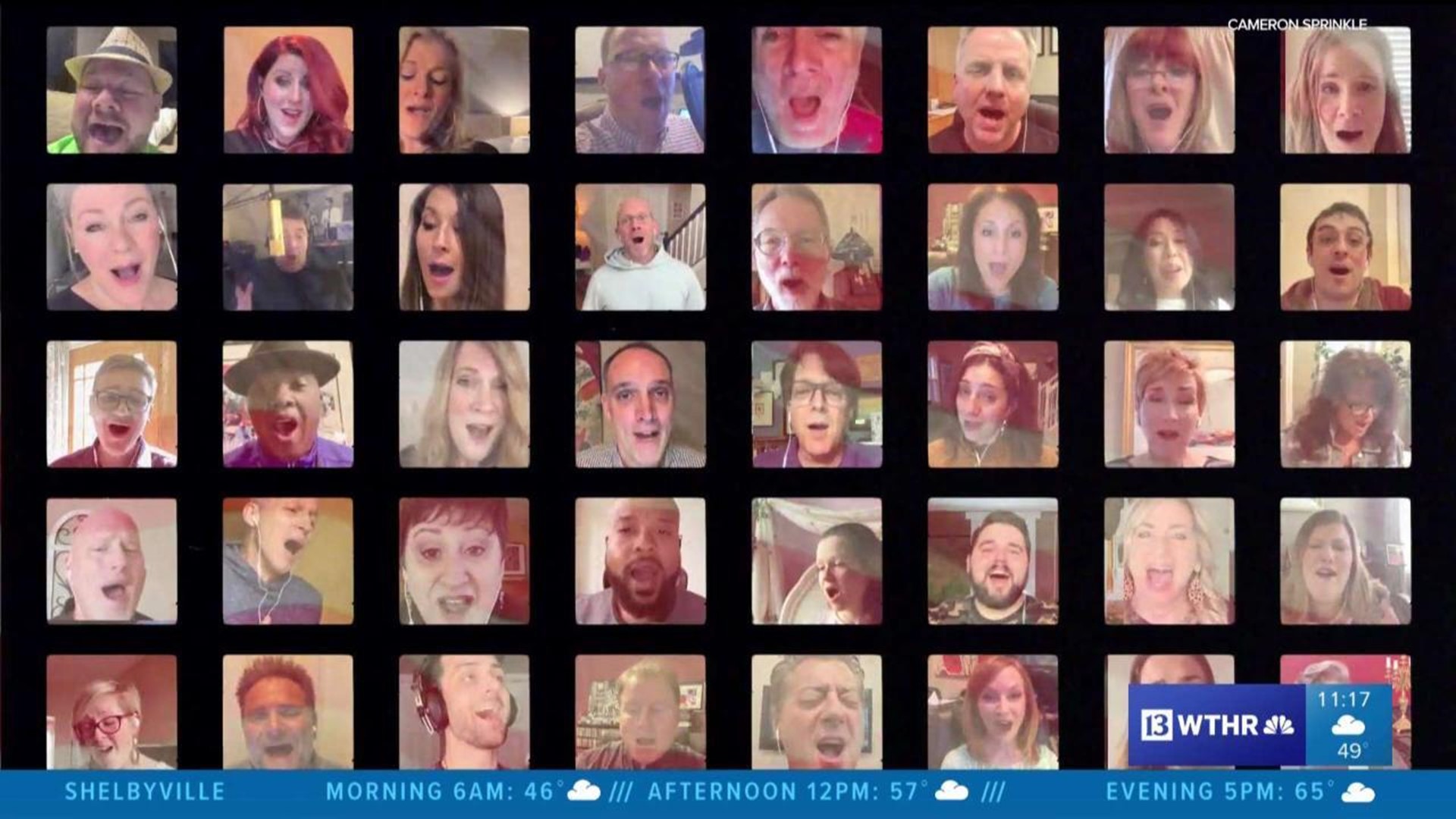 INDIANAPOLIS (WTHR) – A moving musical tribute, dedicated to those on the front lines in the battle against COVID-19, is getting a lot of attention online.

It went live Sunday afternoon and the idea came from a Hoosier.

Nothing unites us quite like the power of music.

That's why in the midst of a pandemic, an Indianapolis musician decided to thank the heroes of health care with a song.

"My first thought was man, how can we give some kind of hope to America right now when all the news is just so dire," said Erik Foster, executive producer and organizer.

Foster reached out to his friend, arranger Paul Langford, in Chicago.

They created a moving musical tribute in just a few days.

In just a few hours Sunday, the video had been viewed thousands of times on YouTube.

"'God Bless America.' That's a song that unifies everybody that's familiar with it, and he just happened to have a fantastic arrangement of it that was ready to go — an a capella," Foster said.

"As soon as I said that the focus is not really going to be on the singers, it's going to be all about health care workers that are on the front lines of this epidemic, they were all like 'yes, I'm all in,'" Foster said.

The 50 singers are all studio singers from across the country — from California to Indiana to Texas to Florida.

Their faces aren't famous, but they're professionals with impressive resumes — from commercials to backup vocals.

Langford said five of the singers actually had the coronavirus themselves and have since recovered.

They all volunteered to sing from home.

A videographer, Cameron Sprinkle, volunteered to edit the final product complete with pictures of health care workers from around the U.S.

"So it's 50 people. They each sang it three times, and I used all three tracks so it's 150 tracks of audio, so essentially it's a 150-voice choir," Langford said.

"And basically, we all just sang it to ourselves and then all of us then sent our audio to Paul, and he put it all together, and that's how that came to be," Foster said. "It was truly an amazing experience."

It's also an amazing display of gratitude for the doctors and nurses fighting to save lives during a global pandemic.