She's the screaming Pacers fan made famous in 'The Last Dance'

Kathy Martin Harrison was watching Part 9 of the 10-part documentary "The Last Dance" Sunday night with her husband when her clip was featured. 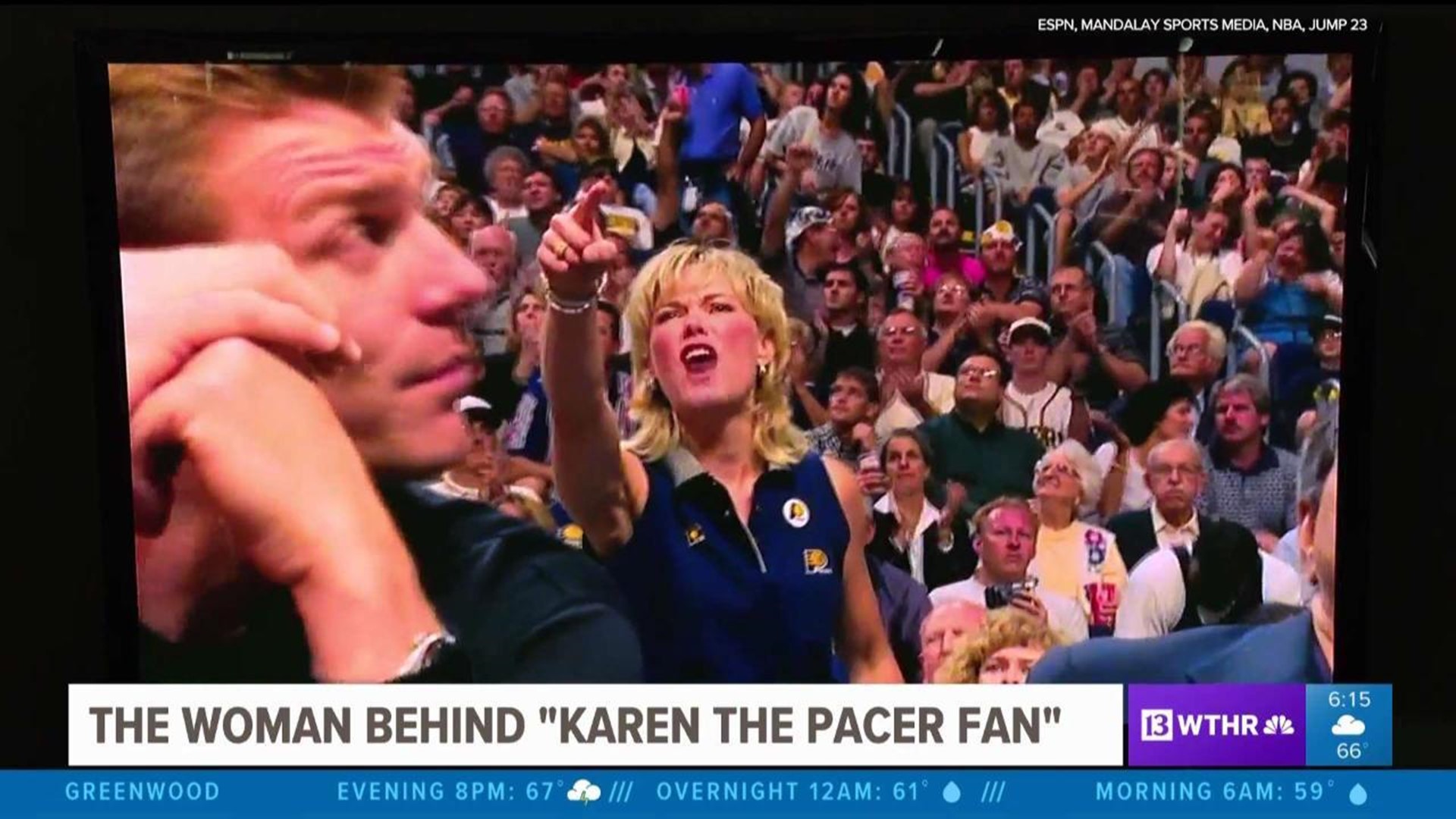 INDIANAPOLIS (WTHR) — It was supposed to be all about Michael Jordan, but everyone is talking about the Pacers super fan who seemed to steal the spotlight in the latest episode.

Kathy Martin Harrison was watching the documentary "The Last Dance" Sunday night with her husband.

"The next thing I know, there I am bigger than life. Oh my gosh. I was just blown away," Kathy Martin Harrison told 13News in a Zoom interview Monday.

She said she was voicing pent-up frustration in that clip, which has made her a social media sensation.

“My brother called this morning and said, 'you are bigger than Joe Exotic.' No way. Twenty-two years later. My husband said, 'I can run but I can't hide,'" she admitted.

At the time she didn't think much about it when she allowed for her image to be used.

“I totally forgot a cameraman came up and said, 'Hey would you guys sign these releases, because if there is a Michael Jordan documentary in the future?' So we signed them but had no idea. Never heard another word. Then last night, boom,” she said.

Kathy said her father, car dealership owner Ed Martin, bought tickets behind the Pacers bench 44 years ago, dating all the way back to the ABA days, and the family still has them.

"We became very fanatic fans. Back then you could be a fan. You were allowed to banter with the bench,” she remembered.

Now she's reliving those moments thanks to her clip on "The Last Dance."

"We took it seriously, but it was so much fun," Martin Harrison said.

Kathy's image from the clip is now all over the internet as a meme.

A MANAGER TOLD ME I HAVE TO WEAR A MASK CAN I PLEASE SPEAK TO THE MANAGER’S MANAGER pic.twitter.com/mTALQTKyMe

I have never loved anyone as much as I love this woman. pic.twitter.com/ln5BTFB66W

When you have to wait more than 7 minutes for help at the Apple Store pic.twitter.com/Cy4zZZqfHr