Couples all across the world have been forced to postpone their weddings because of COVID-19. 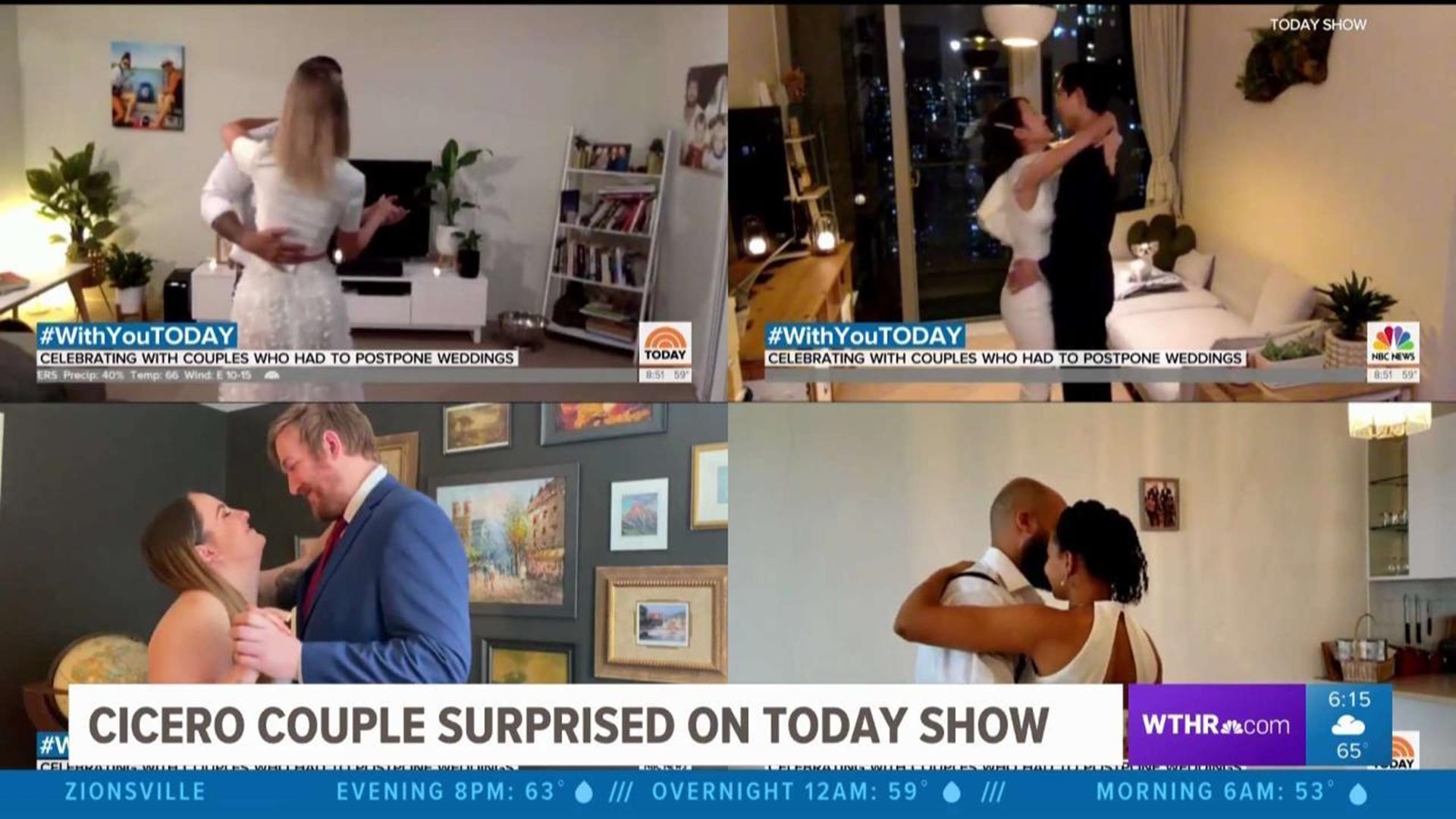 CICERO, Ind. (WTHR) — Couples all across the world have been forced to postpone their weddings because of COVID-19. The TODAY Show invited six of those couples to tell their stories on Tuesday's show.

They were from India, Costa Rica, Hong Kong, Australia, the Bahama's and one from America — Cicero, Indiana to be more precise.

"The way she turned and looked at me, I realized this is the one I want. I'm blown away that she said yes and that she actually chose me," Weaver said in the clip.

"WeddingWire asked that we give each of you $1,000 to help with wedding expenses," Kotb continued in the clip.

The couples were initially contacted by The Knot, which approached them about appearing on the TODAY Show. Lana and Jonathon thought it was spam.

"It turned a bad time for us into an incredible memory we will always have," Lana shared.

And it wasn't over.

"Would you all mind doing your first virtual wedding dance with Pat? All right here we go," Kotb said in the introduction to Pat Monahan, the lead singer from Train, who serenaded the couples with his hit song "Marry Me."

"There are so many people going through the same thing. We are really grateful," Lana remarked.

With that the six couples, including my youngest daughter, danced in their own living rooms all across the world. During the segment Lana admitted she grieved for the loss of her wedding.

"You really do mourn for your wedding. You spend a year-and-a-half cultivating it and you lose it you really do grieve it," she said during the segment and echoed afterwards.

"At least we thought we would tell our kids COVID-19 changed our wedding, but now we can say we were on national TV doing it," Jonathon pointed out.

When I caught up with them near their home in Cicero, they were still dancing.