Los Angeles comedian Tim Brehmer decided to put a smile on people's faces by dressing up and riding a skateboard as the Mandalorian — accompanied by Baby Yoda. 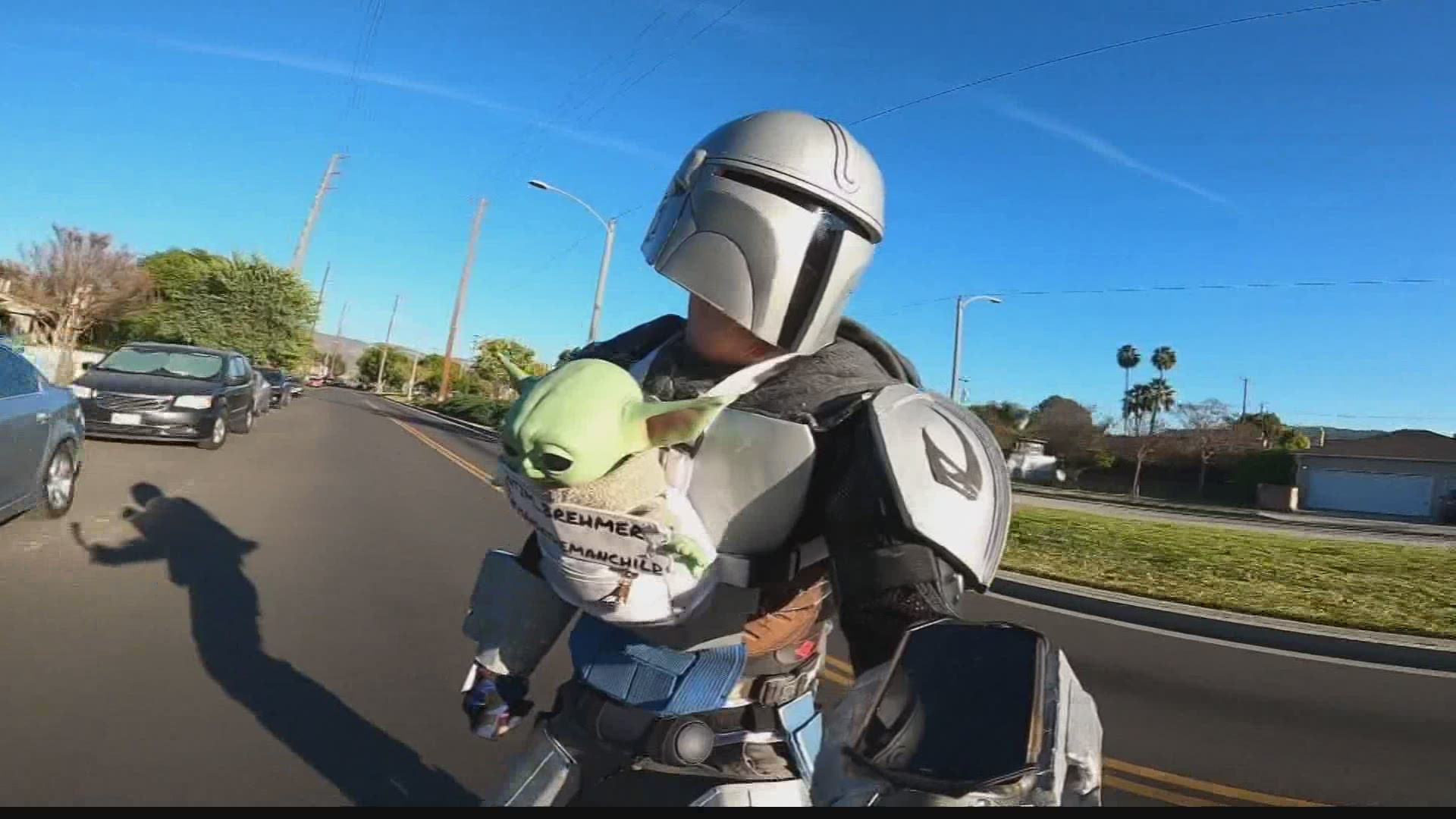 LOS ANGELES — Those who've spotted him can't wait for him to zoom by again.

KNBC reports Los Angeles comedian Tim Brehmer travels at the speed of traffic on his skateboard, dressed as "The Mandalorian" from the popular Disney+ series — accompanied by Baby Yoda strapped to his chest.

Like the "Star Wars" character, Brehmer is on a mission — hoping to provide laughs during these difficult times.

"I'll just ride behind traffic with everybody," Brehmer said. "Police officers think it's hysterical. I've been pulled over once, and he's like, 'Why do you think you can just go through a red light?' And I went space pirate. Nothing you can do but laugh."

Through this effort, Brehmer realized he no longer needs a stage to perform.

"This whole thing got started because I'm a big box of stupid, and I love making people laugh," Brehmer said. "When quarantine hit, they were talking about 2022 when we would be able to perform again, and a friend of mine was like, 'Dude, the world is your stage — go act on it!'"

Oddly enough, this comedic act is as much for himself as it is for his audience.