To celebrate Austin man’s 97th birthday, his family wants letters from all 50 states

Ernie Reiver sends out one to two letters a day, but his family wants him to get many more in return. 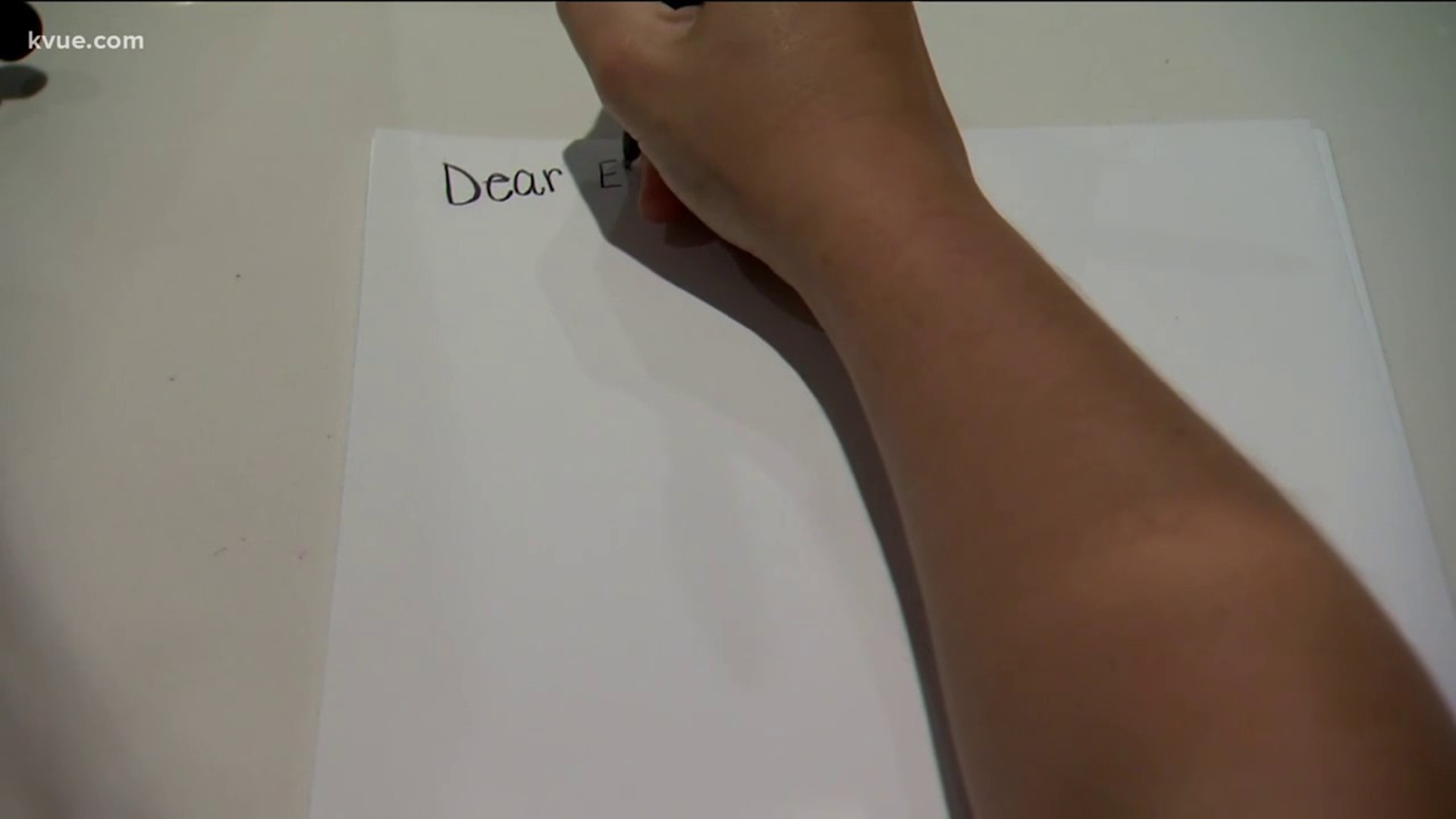 From what we hear, Ernie Reiver is expecting a cake to celebrate. But it's what he's not expecting that his family is hoping will be the best gift this year.

If you believe his granddaughter, every conversation with Reiver goes pretty much the same, with him filling the conversations with stories from his time in WWII serving in the U.S. Navy.

"I told him I had a toothache so he said to get in the chair," Reiver explained when telling a story about him getting dental work done on a beach in the Pacific.

But as much as we’d love to just share his stories, that's not why we're talking to Reiver on Zoom.

"You check the mail like four times a day," his granddaughter Jess Frick said.

"I check the mail looking for goodies," Reiver replied. "I try to mail a letter or two almost every day."

For his upcoming birthday, Jess said she’s asking people to mail Reiver's birthday cards so he can have a ton of mail to look through.

"We don't really have a number goal. We just want a lot,” Frick said.

Their hope is to surprise him with letters from all 50 states. So far, they have received letters from 28 states, Puerto Rico and the United Kingdom.

The idea came to Frick after she saw a story on Twitter of a Florida nursing home asking for letters.

"I think that got the idea in my head, and I was like, ‘He likes mail. We should get people to write to him,‘" Frick said.

She hopes Ernie will find even more mail and share more conversations, in an old-school way, for a man who feels anything but.

"It'd be cool if there was another WWII vet that wrote him," Frick said.

"Because you don't think you're old," Frick added.

If you want to send Reiver letters, his family has opened up a P.O. box, and they'll be taking as many letters as they can over the next two months.