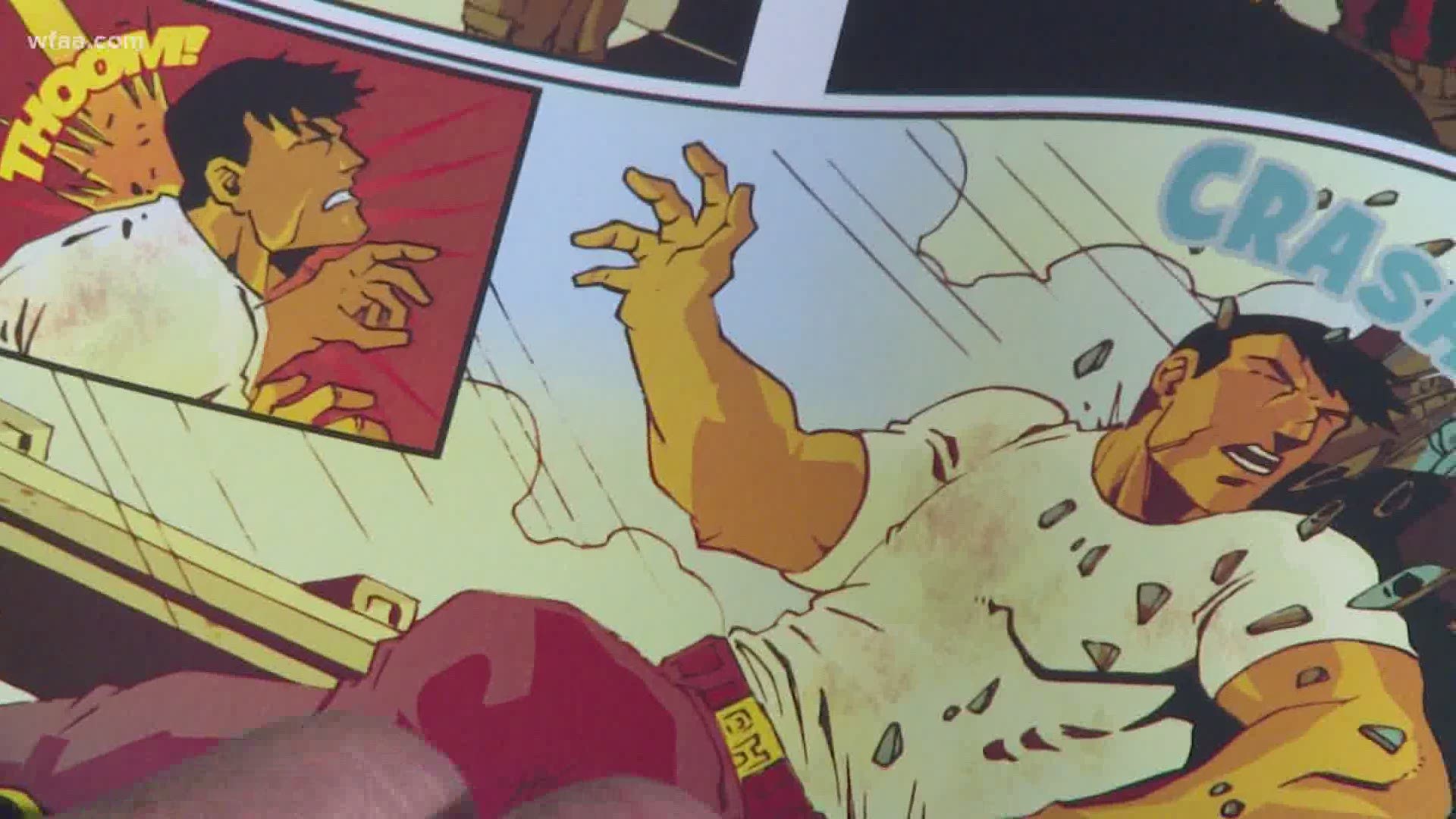 For as long as he can remember, Hector Rodriguez knew he wanted to be a teacher, but it wasn’t until recently he finally found his true calling.

“It’s something that I felt that I needed to do, I guess for my students,” Rodriguez said.

It happened a few years ago.

Rodriguez, a 5th grade bilingual teacher at Burks Elementary in McKinney, grew up in southwest Texas near the border with Mexico.

Many of his students come from a similar background and it was back in 2011 when he noticed a change in one young boy.

“He came in distraught and I’m like, ‘Wow, are you OK?’” Rodriguez said.

With tears streaming down his face, the boy told Rodriguez that his dad had just been deported.

“His male role model was taken away, and so I told him I’ll try to do my best to be your role model in these four walls,” Rodriguez said.

Right then and there, Rodriguez says he knew what he had to do. So he turned to the one thing he knew could help: comic books.

Rodriguez loves comics, but says none have ever truly captured life on the border.

We're encouraging Texans to support the teachers who have affected their lives by sharing stories on social media using #TeachersCan. World Teachers' Day is next Monday, Oct. 5! pic.twitter.com/CQbkQdPRzc

So for years, he sketched and created his own. But he kept them mostly to himself until that student broke down crying.

“They feel vulnerable, and they feel hopeless because of things that are going on around their world,” Rodriguez said.

“Something as simple as a comic book, it draws them in and it really puts them in a different world. And at the same time, they feel empowered about their story spreading and being represented.”

His comics, which he calls 'El Peso Hero,' depict the struggles of life at the border, but also provide hope.

They’re extremely popular with his students and have made him pretty much a rock star.

“They asked me for an autograph and I’m like, ‘Don’t worry, you’re going to get a lot of autographs from me in this class,’” Rodriguez laughed.

He says a lot of his students now look forward to reading, writing and art, something they never would have thought possible if not for 'El Peso Hero.'

When Rodriguez released his comics, he thought his students needed a hero, when all they really needed was someone to believe.