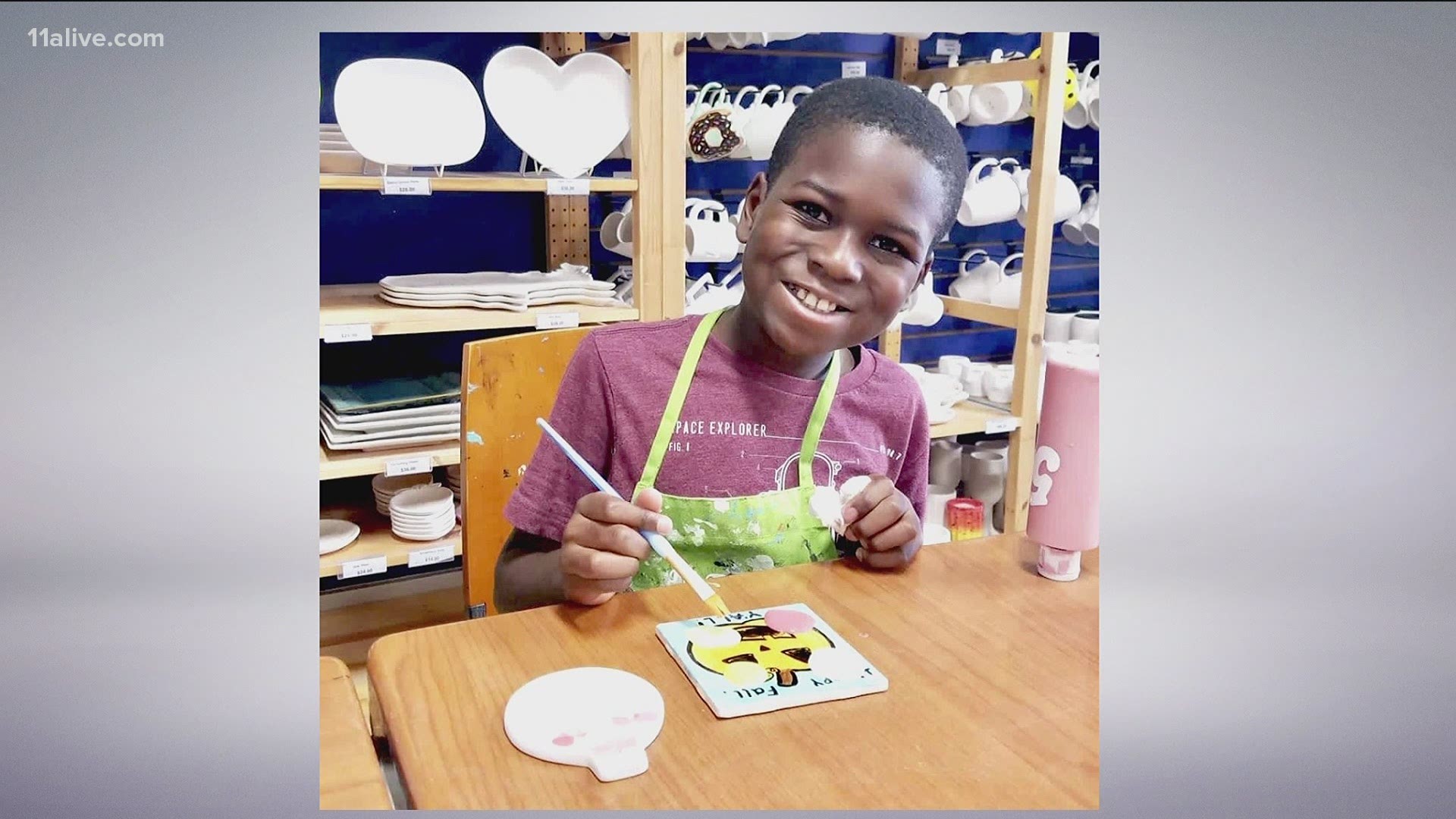 At age two, he could read the United States Constitution.

He qualified for MENSA at age three, and while he learned English as his first language, he also learned Spanish, French and Mandarin, too.

While those milestones are impressive enough, Anderson is continuing to make history – as a 12-year-old Sophomore in college!

Claire and Kobi Anderson said it didn’t take long to realize their first child was special.

“As we started to interact with other parents, and had other children, then we started to realize how exceptional this experience was, because we had no other frame of reference,” Caleb’s dad Kobi explained.

Though Caleb qualified for MENSA at age three, he joined at age five. His family said they were told he was the youngest African-American boy to be accepted at the time.

The bright, young boy from Marietta whizzed through elementary, middle and high school.

“He said, ‘mom I’m bored. This is not challenging’,” Caleb’s mom Claire recalled her son saying. “‘It’s really not helping me grow in my learning, and I think I’m ready for college.’”

“What was it like being a freshman in college at your age,” 11Alive asked.

“It was exactly how I expected it to be like, if I were 18 or something,” he replied.

Because of his age, Caleb’s dad Kobi has to chaperon him on campus.

“So, you’ve had to go back to college with him?”

But he's not Caleb's study-buddy.

“He has far surpassed me in math, so I can’t help him anymore,” Kobi added. Seriously! He’s in calculus two now!”

The Andersons have two other children, Aaron and Hannah, who are also gifted, and the family wanted others to know that there are more like Caleb than they might think.

“I think people have a negative perspective when it comes to African-American boys. There are many other Calebs out there. African-American boys like him,” Claire explained. “From being a teacher - I really believe that. But they don’t have the opportunity or the resources.”

The Andersons realize that every child is different and will perform at their own level, but Claire had this advice to offer when it comes to parenting:

Meanwhile, Caleb is on track to graduate at 14. He hopes to go on to Georgia Tech, and, maybe, MIT.