Breaking News
More () »
The A Scene

What TV shows and movies are currently filming in Georgia?

As more TV shows and movies are picking up production throughout Georgia, we’re rounding up some of the most popular production signs that you will see in the metro! 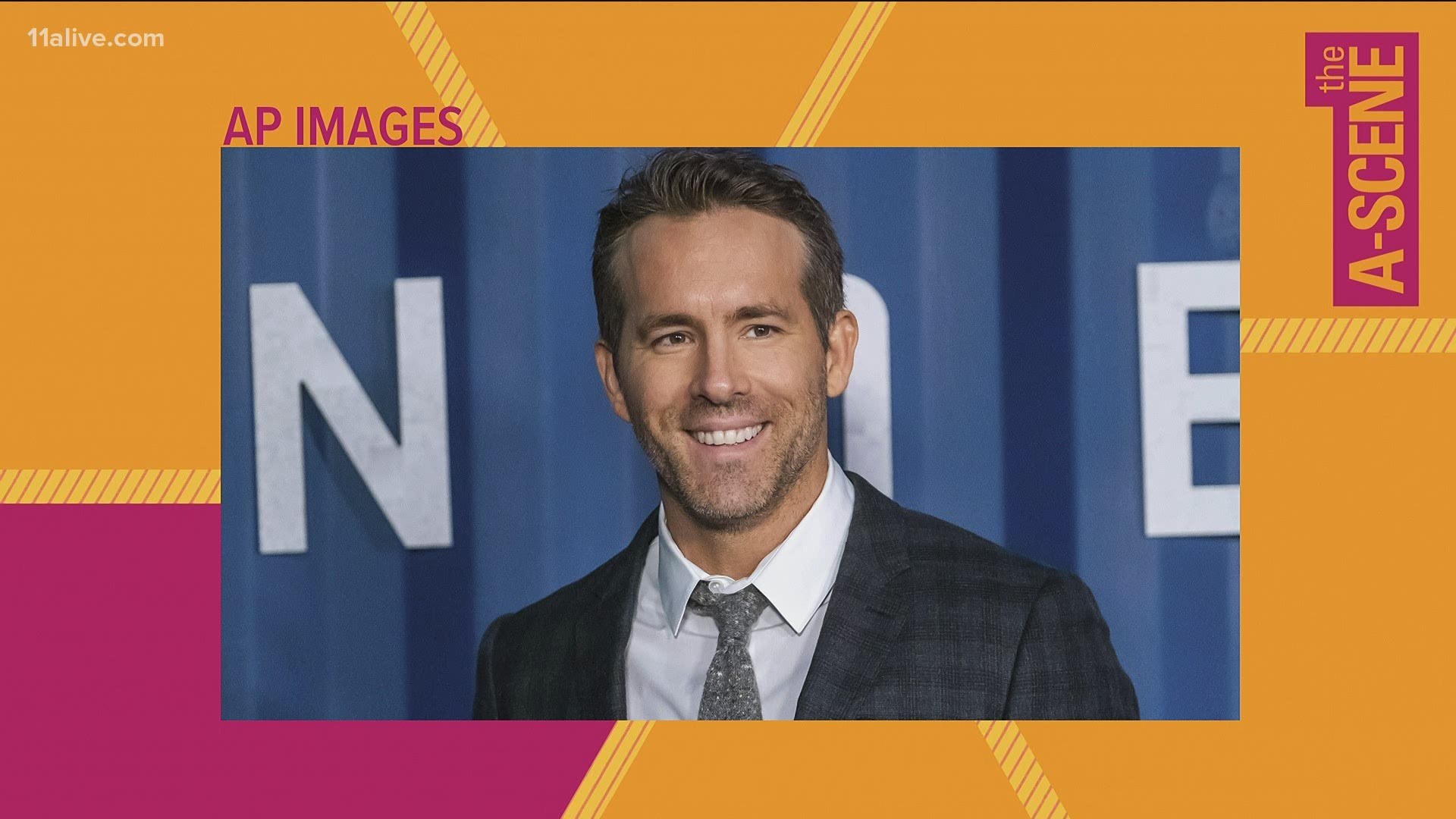 ATLANTA — As more TV shows and movies are picking up production throughout Georgia, we’re rounding up some of the most popular production signs that you will see in the metro and beyond.

Join 11Alive's The A-Scene Facebook group for the latest in what's happening in town.

It's about a man named Robbie whose life may not have panned out the way he thought. The series describes Robbie Walton, as a small-town ice cream store manager, church-league basketball coach, and unexpected father, trying to get out from under his father's shadow.

The series stars Rory Scovel as Robbie, along with Sasheer Zamata and Beau Bridges.

The eight-episode first season was released in May and was immediately made available On Demand, as well as on Comedy Central's other digital platforms.

You can watch all episodes of the first season on ComedyCentral.com or on Comedy Central's Youtube Channel.

Universal Pictures had initially planned to distribute the motion picture in theaters in November 2020. In mid-2019, well before production could be started, there was a change of plans -- and distributors -- for the film, shifting it over to Netflix.

Production first started on the film last January, but was halted in March, due to the pandemic. According to Deadline, production restarted in metro Atlanta about two weeks ago.

Getting ready to head back to the Red Notice set💃🏻but prep looks a little different now..😳#staysafe pic.twitter.com/wTdy42rMH5

Back to work on #RedNotice. The Covid Test is quick and easy. The doctor places the swab up your nose, just deep enough to tickle your childhood memories and then it’s over. No matter what you say to him, he won’t buy you dinner first. 📷: @blakelively pic.twitter.com/CsohqlJCyA

Gadot and Reynolds have shared tweets showing their COVID testing while preparing for work on the film.

Two other production signs you'll be seeing is 'VF’ and ‘SG10'.

Thanks to insider Kelli Craver Jones who spotted the production sign VF in Powder Springs. That's where they're currently filming the upcoming John Cena comedy for Hulu, “Vacation Friends”.

THE FALCON AND THE WINTER SOLDIER

The upcoming Marvel Studios’ Disney+ project “The Falcon and the Winter Soldier” has resumed filming in Atlanta after halting production earlier this year due to the widespread of COVID-19.

“The Falcon and the Winter Soldier” was one of the first original series from Marvel Studios to be featured the streaming service.  Cast and crew initially kicked off production in Atlanta in November 2019.

At the beginning of production, Disney+ had originally announced release dates beginning in August 2020 for all of the Marvel Studios television series, starting with "The Falcon and the Winter Soldier," followed by "WandaVision."

Speculation around the new release date was put to rest when Disney+ updated its project page confirming that the series won’t be released until 2021 on Monday.

Sightings from the production in Atlanta have been shared on social media, stirring up anticipation for the upcoming series.  One user shared scenes that have been filming in Midtown Station.

NeNe Leakes is saying goodbye to “The Real Housewives of Atlanta."

The reality TV star revealed to her Instagram followers that she won’t be coming back to the show, as producers have started filming season 13 in Georgia.

“Protecting my peace is of the utmost importance to me. Fighting for Black women's rights is a passion of mine! Head on over to my YouTube and listen closely! I love you,” Leakes wrote in the caption of her video post.

In the video, Leakes reflected on her time as an original cast member of the unscripted hit Bravo TV series, and wished the other cast members Cynthia Bailey, Kenya Moore, Porsha Williams, and Kandi-Burruss-Tucker good luck.

Andy Cohen, the host and executive producer of “Watch What Happens Live,” called Leakes “an icon of the genre”  in an Instagram tribute moments after Leakes announced her exit from the show.

“Through her whole run, she has always had a serious concern and drive to maintain the success and well-being of #RHOA. I am going to miss Nene on the show, but I’m hoping we work together again,” Cohen wrote.

This departure is not her first for the series, and some speculate the move is more of a hiatus. Leakes has left the cast and come back twice during its run.

Earlier this summer, former “America's Next Top Model” contestant Eva Marcille also announced that she would not be rejoining the cast for the upcoming season.

Production for the show records scenes at a soundstage in Hiram, Georgia. Calloway went to Instagram to share her excitement for season five. “#ladyella always in rare form, so hold on to your seats,” she wrote.

New episodes of the series air on BounceTV, while all four prior seasons stream on Hulu.

It’s one of the longest-running courtroom shows on television. "Divorce Court" has been helping couples duke it out, off-and-on, since 1957, with multiple television versions.

Now, there's a new judge on the bench. Judge Faith Jenkins takes up the gavel for the popular unscripted, syndicated series.

A rep for the show tells The A-Scene that producers are currently casting for guests who want to appear on the show. If you want to apply, check out more info here.

Check out a full list of what's filming in Georgia, provided by Georgia Entertainment.