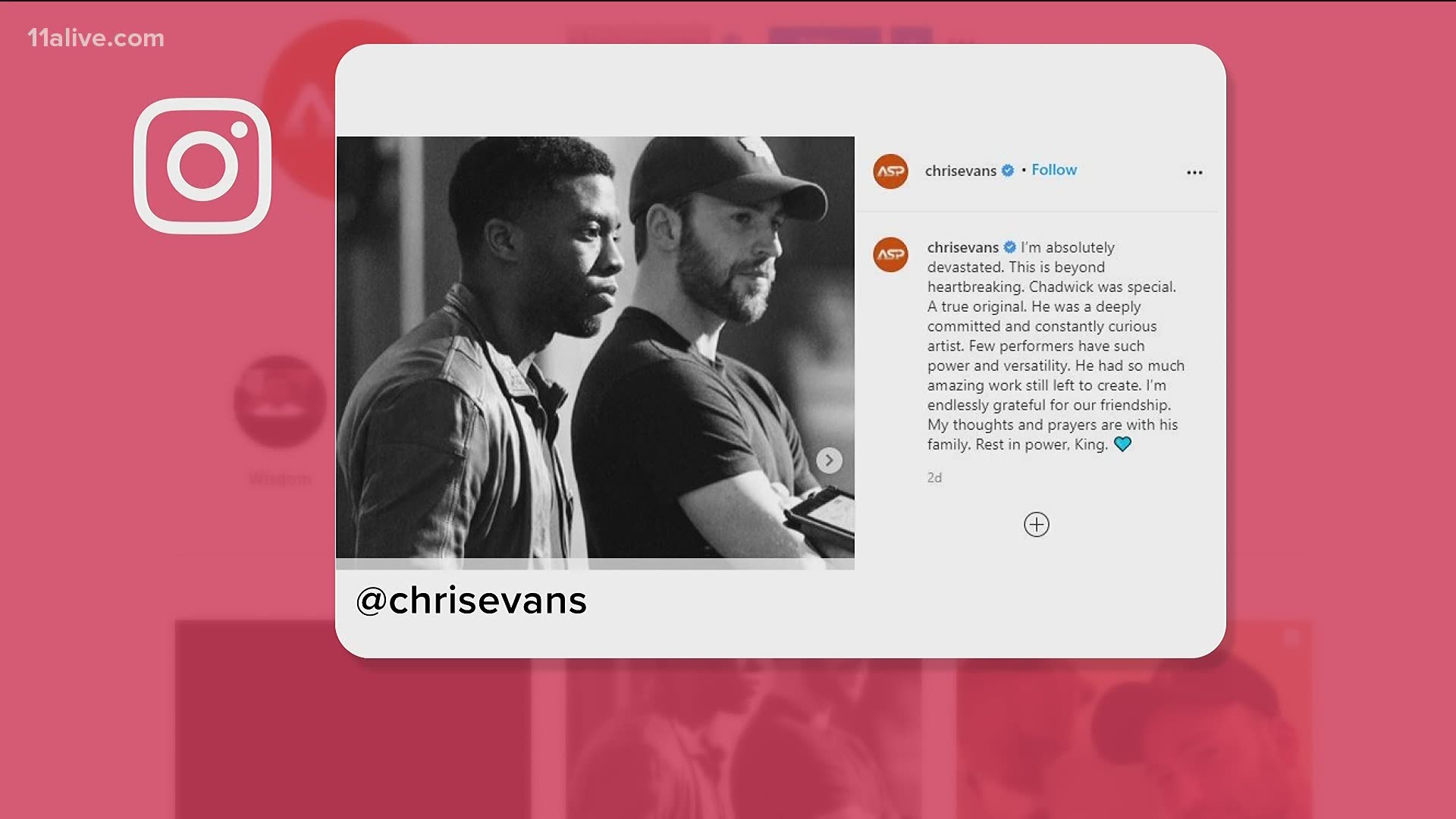 ATLANTA — Thousands of fans around the world are remembering the life and legacy of actor Chadwick Boseman as tributes continue pouring in for the actor who died Friday after a four-year battle with colon cancer.

One father shared a heartfelt image of his son’s reaction to the devastating news about the actor who portrayed one of the most popular superhero characters in recent years.

Boseman was most known for his role as King T'Challa in Marvel's Black Panther and was also a notable figure in Marvel’s Cinematic Universe as the character appeared in the Avengers film series.

King West shared a photo of his son Kian hosting a action figure memorial for Black Panther with other characters tied to the Marvel Universe.

Kian posed for the picture by crossing his arms in Black Panther’s “Wakanda Forever” salute.`

“Kian wanted to thank everyone from the bottom of his heart for all the loving and kind words given to him for this post. When he found out about Chadwicks passing, he was heart broken. But he knows death is a part for being human, and wanted to cope with losing his hero this way,” King wrote.

MY BABY BOY AND THE AVENGERS HOLDING A MEMORIAL FOR BLACK PANTHER❤💪🏾#Wakanda4Ever pic.twitter.com/nYAnER23Ig

Kian’s tribute, which was posted on the morning after the news of Boseman’s death, has been liked more than 600,000 times on Twitter.

“My son's mother @leswestbrk was the one who helped Kian create this beautiful memorial, and took the picture. I just posted it on here to show my son's love for Black Panther and Chadwick Boseman. She did a great job,” Westbrook said.

This is his power and impact on the next generation. #ChadwickForever pic.twitter.com/uzwaNOt8M0

“This is his power and impact on the next generation. #ChadwickForever,” Ruffalo wrote.