Bobby Lewis On The Road

Ron DeSantis paid a visit to Vern Cumming's home as the 94-year-old was vaccinated on live TV. 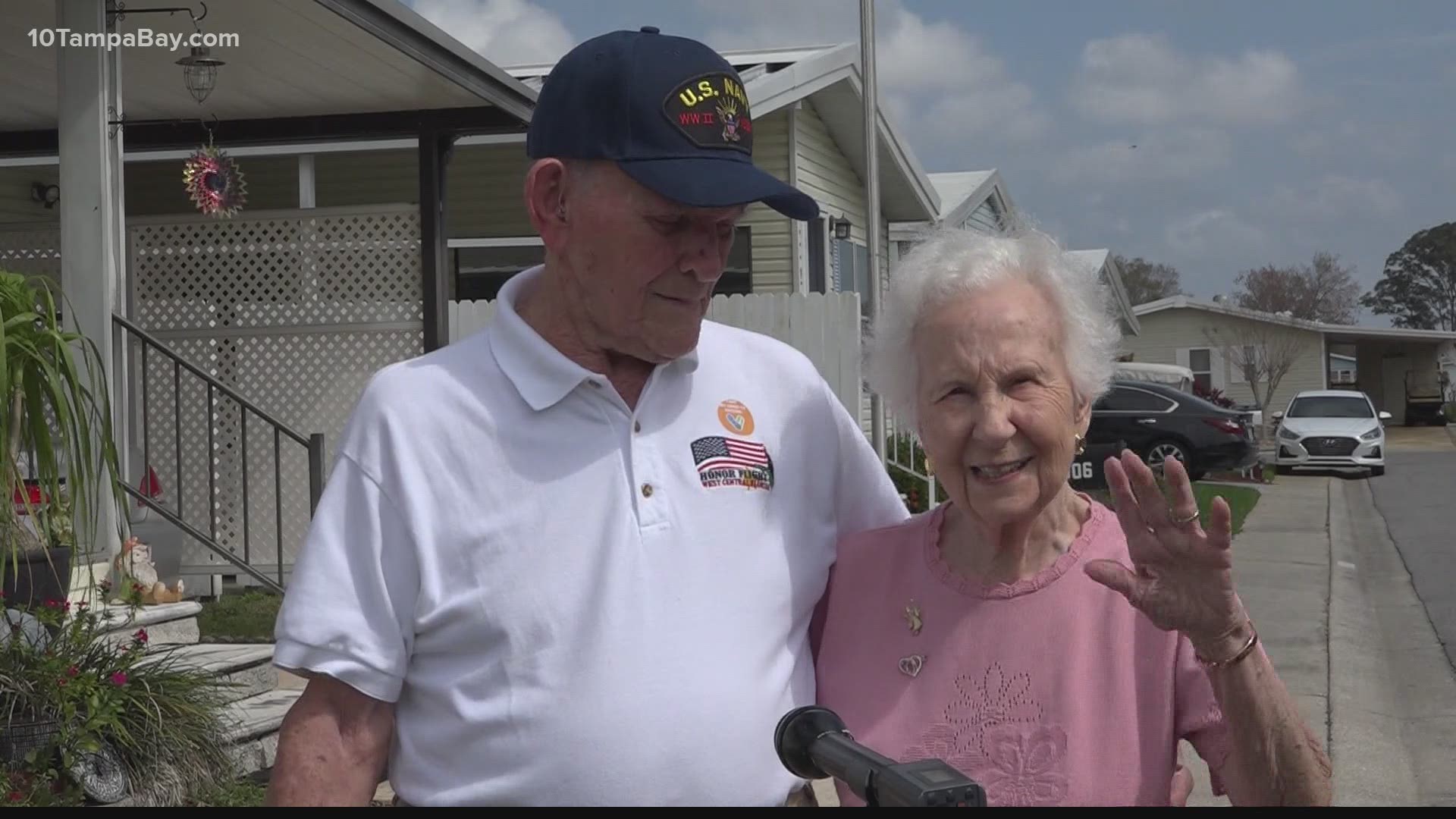 “Who is this screwball trying to pull one on me this time?” joked the Largo man.

It was no joke. A call from Governor Ron DeSantis’ office asking Cummings if he’d be okay with the leader of Florida coming to his home to watch him get vaccinated for COVID-19.

“I’m glad that this (vaccine) has happened,” he said.

Cummings and his wife, Dottie, will celebrate 69 years of marriage on May 31. She got her first COVID vaccine dose two weeks ago. Her second is scheduled for Monday.

“He’s a very, very nice man,” she said of DeSantis.

Her husband appeared on the Fox & Friends morning show Thursday. The phone calls started pouring in shortly after.

“I have a number of people to call back,” said Vern. “Let’s just say it never stopped ringing.”

During the four and a half minute news segment DeSantis praised Vern for his service to the nation. He enlisted in the U.S. Navy immediately following high school during WWII. He spent two years in military service.

He and Dottie have lived in the same mobile home park for three decades. The couple is well known for the American flag which has flown high above their house since shortly after they moved in.

“I’ve always got one on standby and now I’ve got two,” he said. “We set it in the socket and it’s been flying ever since.”

Vern says he hasn’t been overly worried about the COVID-19 pandemic. Dottie has been more concerned since they lost a neighbor to the pandemic.

“He had been a buddy of mine for over 20 years and he’s gone,” said Vern. “I keep looking out the window and his car’s not there. I’ll get over it but it’s too close.”

The veteran got his first dose Thursday and was already told he’d receive the second dose on March 12. He has lived under 17 presidents but never expected to be vaccinated in his easy chair next to a sitting governor.