The company responded to news reports it had suspended three employees, including one who'd criticized Chappelle's special online. 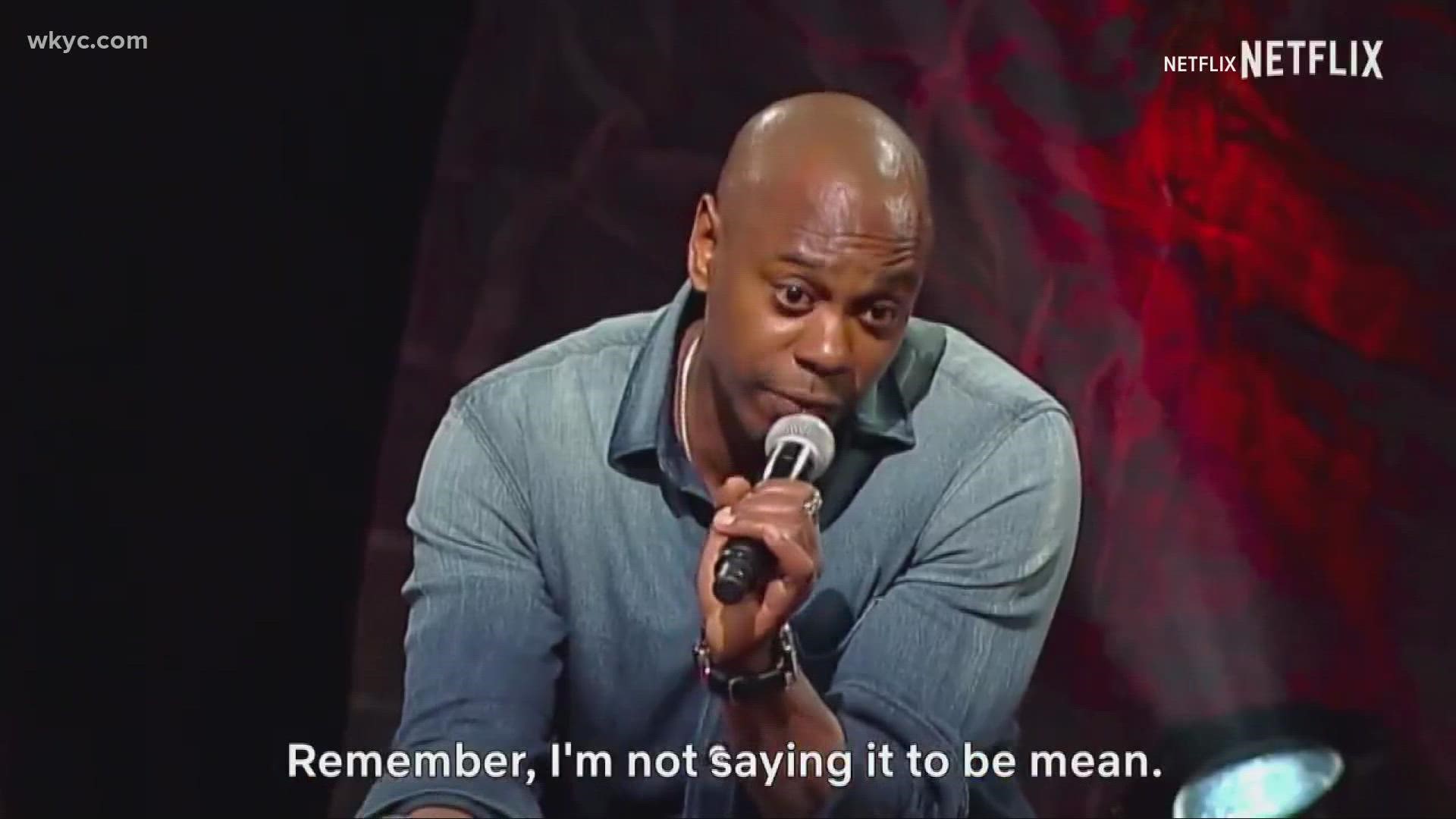 A top Netflix executive said Dave Chappelle's special "The Closer" doesn't cross "the line on hate" and will remain on the streaming service despite fallout over the comedian's remarks about the transgender community.

In an internal memo, co-CEO Ted Sarandos told managers that "some talent" may join third parties in calling for the show's removal, adding, "which we are not going to do."

Netflix declined comment on the memo, which was reported Monday by Variety.

But the company responded to news reports it had suspended three employees, including one, Terra Field, who'd criticized Chappelle's special in tweets. Field identifies herself on Twitter as a senior software engineer at Netflix and as trans.

"It is absolutely untrue to say that we have suspended any employees for tweeting about this show. Our employees are encouraged to disagree openly and we support their right to do so," Netflix said in a statement.

According to a person familiar with the matter, the three employees joined a quarterly meeting for company directors and vice presidents without gaining authorization. The person, who wasn't authorized to discuss the situation publicly, said one worker was suspended as a result of an investigation.

What if any action was or might be taken against the other two workers was unknown.

Field didn't immediately respond to a request for comment. In her posts, she said that Chappelle was being criticized not because his comments are offensive but for the harm they do to the trans community, especially Black women.

Field included a list of trans and nonbinary men and women of color who she said had been killed, adding in each case that the victim "is not offended."

A representative for Chappelle didn't respond to a request for comment.

In a statement Monday, the media watchdog group GLAAD said that "anti-LGBTQ content" violates Netflix's policy to reject programs that incite hate or violence. GLAAD called on Netflix executives to "listen to LGBTQ employees, industry leaders, and audiences and commit to living up to their own standards."

When Chappelle's special was released last week, the group said that the comedian's "brand has become synonymous with ridiculing trans people and other marginalized communities."

Jaclyn Moore, who was a writer and producer on the Netflix show "Dear White People," tweeted that she worked with executives and others at the service who "fought for important art" and that she told "the story of my transition for @netflix."

But she faces hate and attacks because "I'm not a 'real woman,'" Moore said.

"I will not work with them as long as they continue to put out and profit from blatantly and dangerously transphobic content," she said on Twitter.