Fans of Firth and Tucci will adore their work in this film. A career high for both.

Tusker (Stanley Tucci) is talking about himself, an older soul battling the more fierce stages of dementia, all the while holding onto a resemblance of his profound relationship with his partner, Sam (Colin Firth). Like a rat caught in a maze that only looks like his real life, Tusker knows his days are numbered, at least the ones he can halfway remember.

Harry Macqueen's film, "Supernova," carries a poetic yet morbid tone for the majority of its 93 minutes. We are thrown into the middle of Tusker and Sam's sweet bickering before a minute can pass, with sweeping music and sunsets sneaking over mountains, visuals settling us into their reality. The emotion in this film is earned, hitting hardest in the third act. Two men madly in love with each other and trying to hang onto what they have going up against a foe that doesn't understand or care for love at all.

Dementia is a thread in many films these days, including the upcoming Anthony Hopkins film, "The Father." But "Supernova" attacks it differently, showing the devastation in a way that cuts through the usual melodrama in films that deal with the mental illness. Tusker and Sam take a road trip for much of the film, hitting all the friends, family, and souls that have meant something along the way. Macqueen's script doesn't dance to the normal beat; his words walk at their own pace.

A film about everything that is slowly lost, like a life being killed softly yet surely, doesn't mince the details too finely in its telling here. I felt like I knew more about Tusker's battles due to what I didn't hear or see. A lot of Macqueen's tale is just felt. No warning, only impact.

Credit goes to the two leads dazzling with their talents. If you are a big fan of Tucci or Firth, but wanted to see them get a bigger piece of the pie, this is the movie for you. The whole thing hinges on two men showing sense and sensibility for each other's situation. Tucci, a veteran cinema savant, adds a few tweaks to his onscreen persona, adding some mystery and quiet dismay to Tusker.

Firth gets two Oscar reel-worthy clips in this film, packing a slow-burning punch during each moment, which include dialogue-heavy reads. For Sam, Tusker has represented the secret of life to him; it's not something he wants to lose or see less. Each actor makes you feel the 20 years of their relationship, the ups and downs of a pianist and writer who is in love with the sky. It's a career highlight for both.

The score is sublime, and the cinematography paints a grey yet hopeful picture. There's a scene late in the film, a big drama sequence, that gets elevated by Keaton Henson's work. Sometimes, the acting, writing, directing, and ideas all come together for an unconventional wallop. "Supernova" didn't beg for our sympathy or attention, instead painting a love story that felt earned and triumphant.

For a film about dementia slicing away the legs of a union, Macqueen's film is hopeful yet honest, primed to inform yet aiming to move. Consider me very moved.

"Supernova" is in select theaters, including Landmark's Plaza Frontenac Cinema. 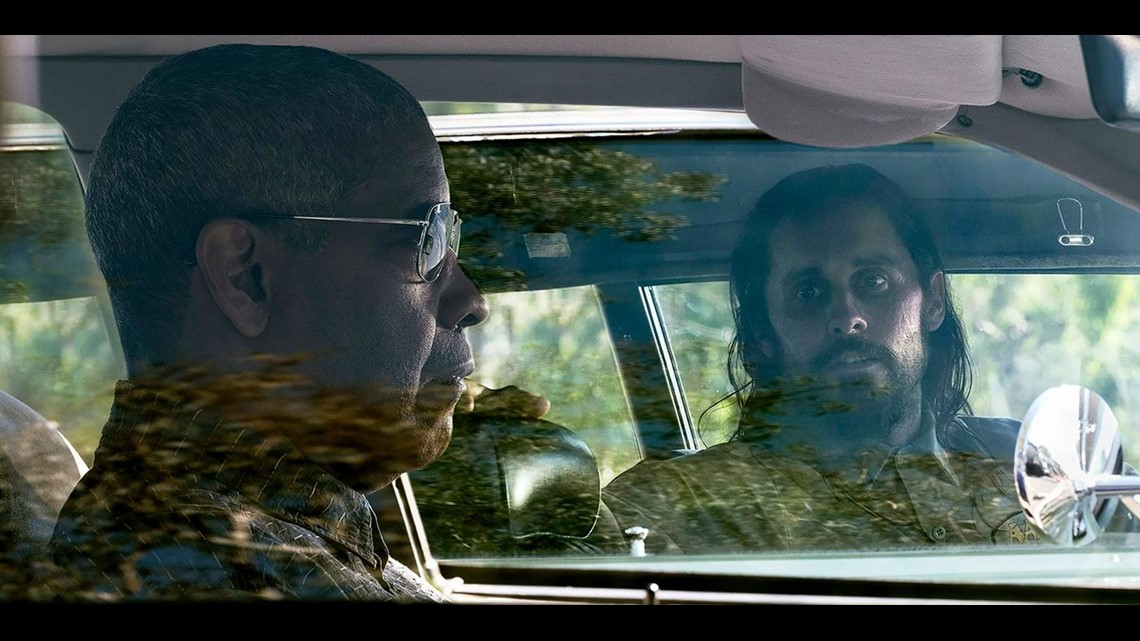 'The Little Things' Review | Top flight acting and unconventional nuance elevate taut thriller
Denzel Washington and Jared Leto are top notch in John Lee Hancock's whodunit thriller that doesn't exactly play out like you think it will. ST. LOUIS - "It's the little things that will get you caught."