ST. LOUIS — Late in Thomas Vinterberg's "Another Round," Martin (Mads Mikkelsen) gets a text. A family man who once promised those around him more energy and thirst for life, chasing after it with participation in a drinking challenge with friends, Martin found himself both embarrassed and enlivened by recent events. But this text gave him hope, a measure of calm air cycling through his body after days of self-torment.

Weeks earlier, Martin and three other longtime best friends (Nikolaj, Peter, and Tommy) engaged each other's minds in a challenge of sorts. After finding out that a Norwegian scientist published a study that human beings are born with .05 too low of a blood alcohol limit, thus emphasizing that we need to always be carrying a little liquor in our systems to be perfectly calibrated and more happy, the four souls embark on a boozy mission to recapture their spark. Some good, a lot of ugly, and a moderate amount of bad later, Martin (the moral center of Vinterberg's cinema fiber-arousing film) is at a crossroads as his students (the four friends are all high school teachers) prepare to celebrate graduation, his phone beeps.

****This is where I say if you haven't seen the film, stop reading now, because the ending will be heavily discussed****

His wife, the one who he is estranged from, has texted him, telling Martin that she misses him. Suddenly, it's like a white went on inside the middle-aged man's body. He's full of enthusiasm and vigor, ready to celebrate with his students, whom he connected with so succinctly due to the enhanced confidence that alcohol had given him.

You see, while alcohol can burn many bridges in a life, it can also build quite a few as well. It's the way that we free our minds and allow ourselves to be who we want to be, even if for a night. We can be silly, outlandish with our thoughts, and dare to think about crazy stuff that seeps into our heads. Around friends and family, we fall into a comfortable rhythm and enjoy everything more.

For the majority of the film, Martin was drinking to mask the pain, a searing sensation that brought remedies and additional problems to the table. Earlier in the film, Martin asks his wife if he isn't fun anymore, like a comedian asking the crowd why they haven't laughed in a decade. He was running on empty, needing a boost. A fast car going over the speed limit for the first time in ages, he crashed and had to reexamine.

Martin sees the downfall of alcohol, the release it can give someone isn't always optimistic. Tommy (Thomas Bo Larson), a gym instructor who formed a healthy bond with his soccer team during the experiment, sees his depression creep in closer after a couple of weeks, turning him suicidal. The laugh turns to sorrow for Tommy, a single man wondering if life has passed him by. Peter (Lars Ranthe) has pondered the same thought, if less heavily, ruminating on the theory as the stakes (and intoxication) raises each week. For Nikolaj (Magnus Millang), a respite from the pressurized life with a beautiful wife and young children awaits his next round.

But Martin gets those texts from his wife, words informing him that the love of his life still possibly wants a life with him, and everything changes for him. Someone is accepting him, warts and all, for who he is. He joins Peter and their class of graduates, downing a beer on the way to the celebration, which is taking place in a parking lot next to a body of water. Surrounded by young minds and fired up about life again, Martin finally gives in to the demands of his friends and begins to dance.

Now, for the entire film, Peter has teased a skill that his friend used to have, but no longer employs. He tells the table of buddies that Martin can really dance, like he is classically-trained. He was, just as Mikkelsen is in real life. Before he was an actor, the Copenhagen native ("Another Round" is spoken in 100% Danish) was a professional dancer-so those are all his moves in the final moments of Vinterberg's film.

After some moves and a short break on a nearby bench, Martin gets back up and starts to get into it. Shadow punching and spinning, balancing on one foot in the classic dancer pose, Martin springs up into the buses circling the party zone, flying out of the second one and onto the dance floor for more dancing. Here, Martin's moves become more instinctive and passionate, like a man breaking shackles and chains off his life.

He's drinking in celebration, like we do all the time. He's dancing because he's in love. Moreover, he's really in love with his life, not really life itself. You see, the goal in life really shouldn't be finding a way to like or love life itself. It's better if you carve out a slice of it for you and yours, and make that what it needs to be. Martin is dancing and smiling, because he is in love with his life and who he is in that particular moment. Hope has restored some of the grace in his head, and the demons and anguish have been hidden away.

We all drink to feel better, or to feel something. While it can lead to dark places (like it sadly did for Tommy), a few drinks can remind us of the person we used to be. In the end, Martin found another round. Renewed and content, it was a cathartic moment for a man who was only torturing himself by refusing to be wild and free.

When he jumps off that pier and into the water, it's almost as if our unlikely hero is washing all the self-doubt from his life. He's ready to live again, and so are we.

Vinterberg's film (which he co-wrote with Tobias Lindholm) was so brilliant and invigorating because it was honest about friendship, the hard-hitting nature of time, and how alcohol plays into the equation. What does a drink with friends mean to someone? What if we strip away all the things that make us whole and vibrant? "Another Round" was the breakdown and reconstruction of a man who thought life had passed him by, running far ahead of him.

Tragedy never leaves the room, but as long as we can identify what makes us happy and feel personally profound, another round is always the answer.

When he got that text, Martin realized, "what a life!"

‘Another Round’ is currently available worldwide to stream the via Amazon Prime Video, Vudu, and YouTube. 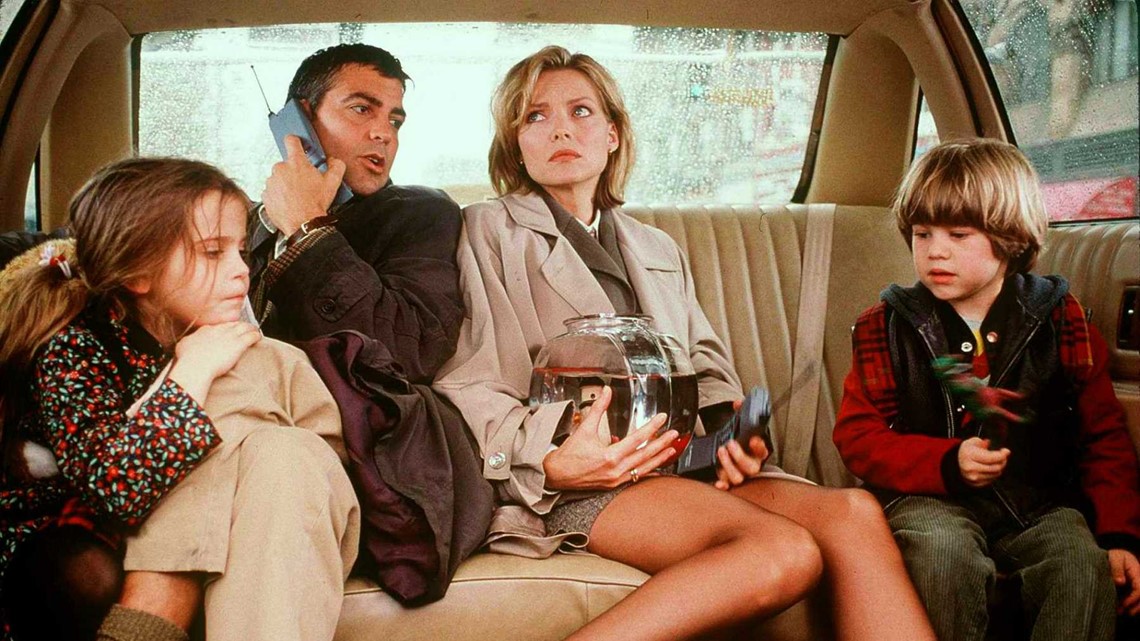 Revisiting Classics: A review of 'One Fine Day', 25 years later
A little George Clooney (pre-movie star) and Michell Pfeiffer (already owning three Oscar nominations) went a long way here. ST. LOUIS - Certain films are pure comfort for the viewer, surrounding them in a world of judgeless joy. Instead of aiming for mere awards and box office clout, these movies register differently with fans.

Celebrating the lives of the unclaimed