Dixie is trained as a therapy dog to provide comfort to veterans, children with disabilities or anyone else who needs her canine prayer. 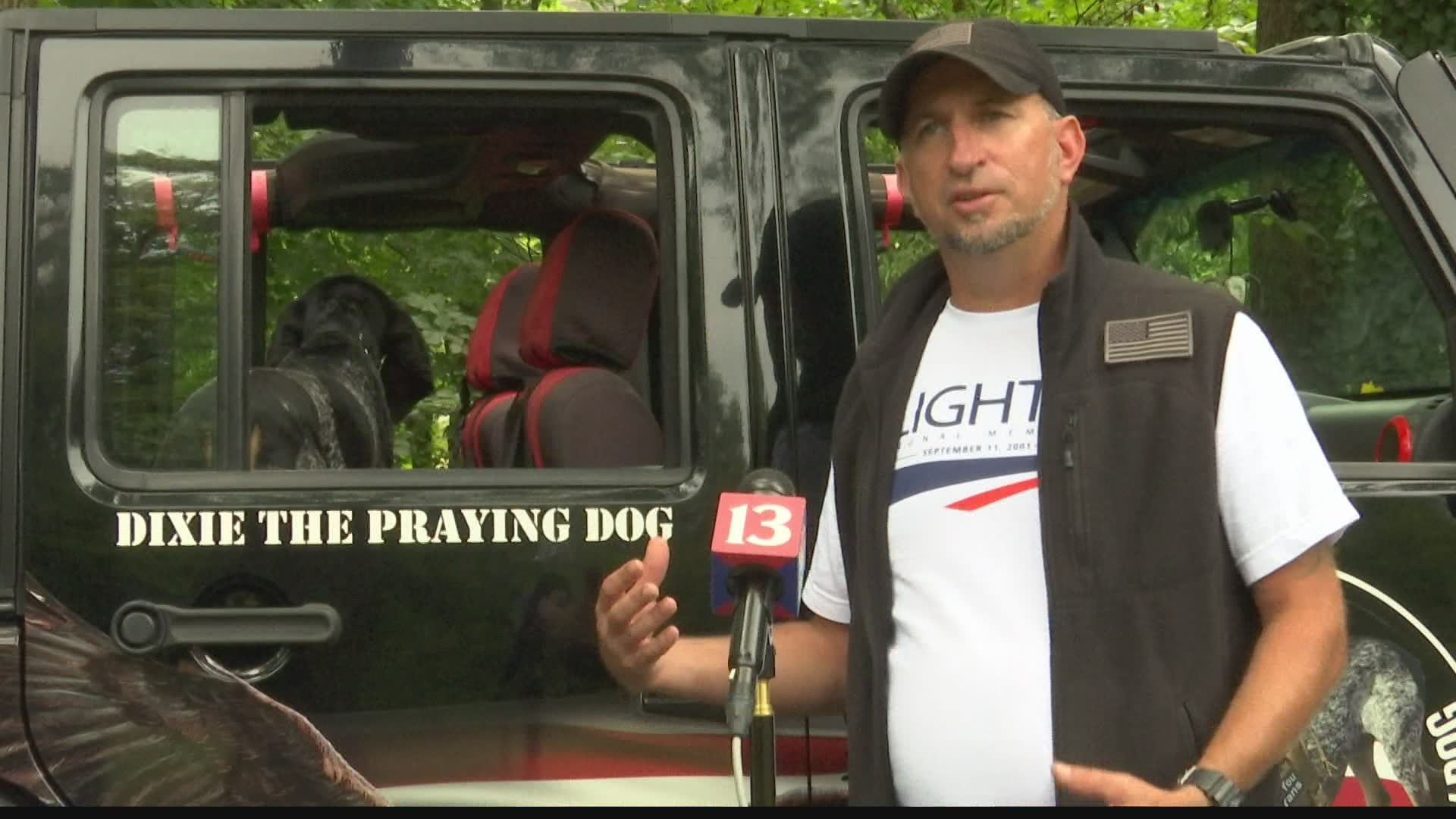 INDIANAPOLIS — A tribute movie for fans of “The Andy Griffith Show” is being filmed in central Indiana this week. A dog from Camby, who is already a local celebrity of sorts, is making her big screen debut in “Mayberry Man”.

Dixie the Praying Dog is a Bluetick Coonhound who likes to pray. When owner Brian Calvert gives the command, “Dixie, pray!” she extends her front legs as if bowing her head to pray. The hound dog does not stand up until Calvert says, “Amen!”

"When Dixie prays for people or when you just see Dixie coming, she puts a smile on your face,” said Calvert, who has been making appearances with Dixie for about four years.

Dixie is trained as a therapy dog to provide comfort to veterans, children with disabilities or anyone else who needs her canine prayer. Dixie attends memorial services, funeral processions, and honor flights for veterans among many events on her busy public appearance schedule.

Credit: Brian Calvert
Dixie the Praying Dog having fun with a veteran.

"This is my way to give back to people and help people,” Calvert said. “I've had Dixie described to me by many people: she's a four-legged ministry. So, that's how I treat it."

Dixie loves the Indianapolis Motor Speedway and is becoming a celebrity herself.

She and Calvert are contestants in an upcoming Amazon Prime Video series called "The Pack", a reality competition like “The Amazing Race” with dogs.

This week, Dixie became an actor, making her movie debut working on the set of “Mayberry Man.” Dixie plays the pet of the lead character.

"They always say never work with animals or children,” said “Mayberry Man” producer Cort Howell. “We've done both in this film. Dixie came along and was the perfect fit for that role."

"Mayberry Man" is being filmed in Danville and Indianapolis this week. The movie is crowd-funded by fans of the Andy Griffith Show and should be released next spring.