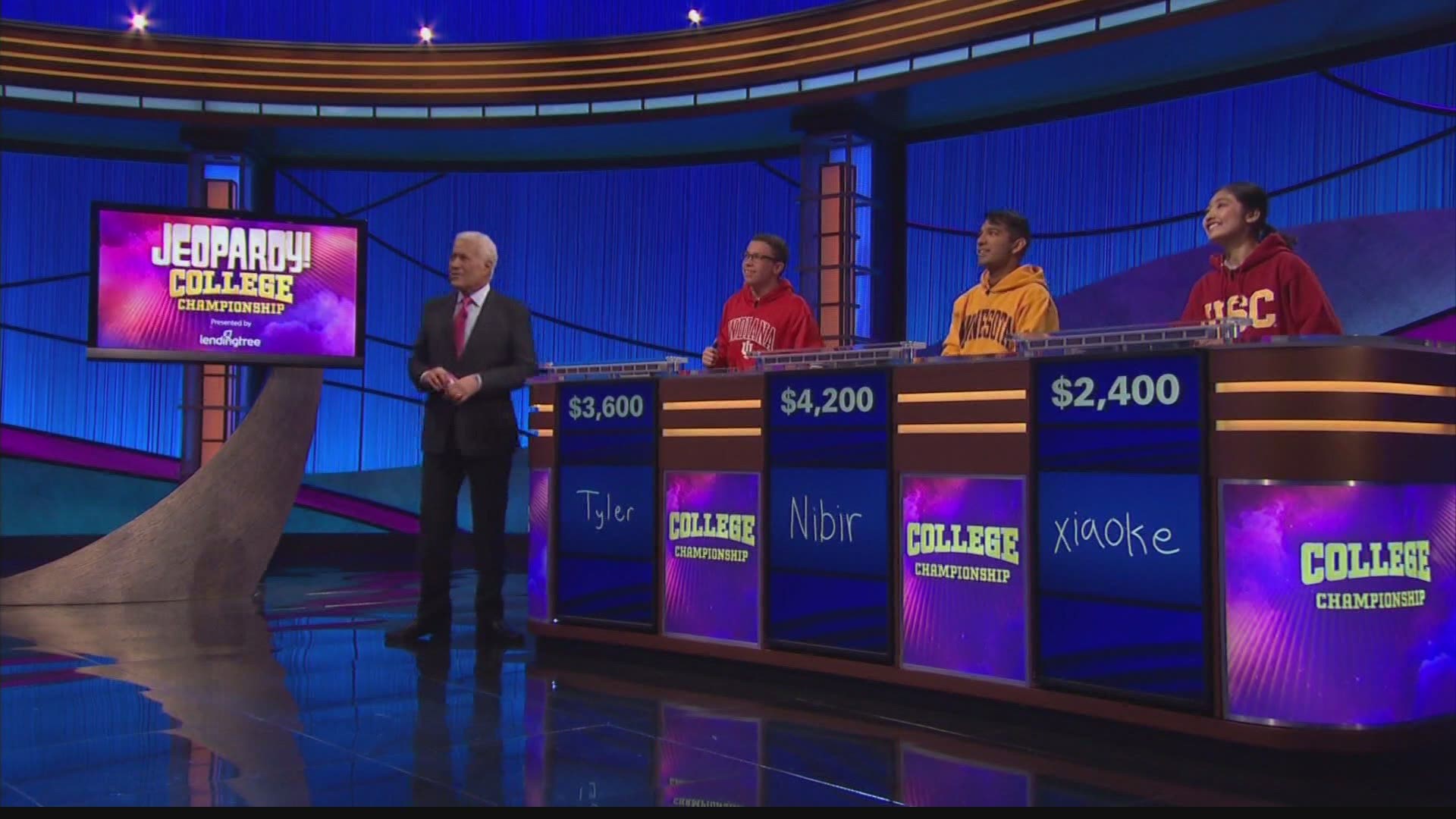 GREENFIELD, Ind. — Millions of nightly "Jeopardy!" viewers will be watching the quiz show with heavy hearts this week as they mourn the death of Alex Trebek. The longtime host of "Jeopardy!" died over the weekend at age 80 after more than an 18-month battle with stage four pancreatic cancer.

2020 Indiana University graduate Tyler Combs won $50,000 and appeared in four episodes in April, finishing second in the "Jeopardy!" College Championship. Combs grew up dreaming of being a contestant on the game show hosted by Trebek.

"Wow!” Combs said. “I got to meet this cultural icon and be on television with him and have him tell me, ‘Good job!’ That's an amazing feeling."

Combs is now working remotely in his hometown of Greenfield as an intern for a cyber intelligence company. He learned of Trebek's death Sunday from a group chat of "Jeopardy!" college contestants.

Credit: WTHR
Tyler Combs was a contestant on Jeopardy! College Championship in April 2020.

"So much of the show has been built around the persona of Alex Trebek, but in this interesting way where it's not about him,” Combs said. “It's about his interaction with the contestants."

"He was not having a good week when we taped, unfortunately,” Combs said. “Like he was kind of pale. You could tell that he was hurting. He said so. He was completely honest with us in the audience about how he was very tired those days."

Combs did not have cable TV while a student at IU, so he didn't get to watch much "Jeopardy!". But now he's back home in Greenfield living with his parents, and the family watches the show every night.

"Every day I'm going to have to watch it knowing that he's no longer with us,” Combs said. “So that's going to be a very surreal experience starting tonight."

Trebek will appear in prerecorded episodes through Christmas. He began hosting "Jeopardy!" in 1984.