Change is in the air, but the shows will go on at Indy theater

IndyFringe is one of the central Indiana theaters where the shows go on and have every weekend since early July. 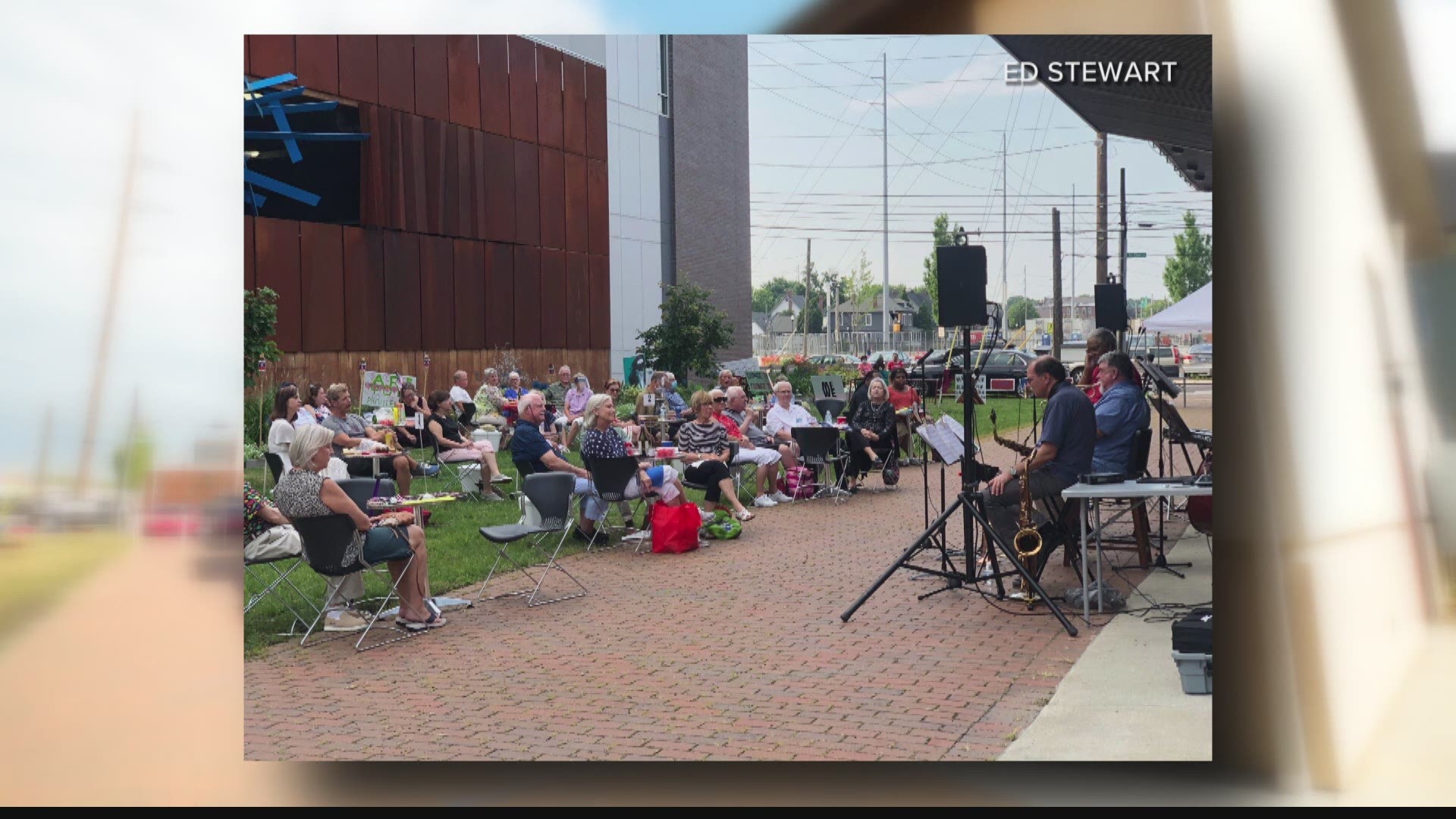 INDIANAPOLIS — Live theater venues have taken a huge hit during the pandemic, with many forced to close because of the restrictions on indoor capacity, social distancing and general concerns about being indoors.

IndyFringe is one of the central Indiana theaters where the shows go on and have every weekend since early July.

"We've had over 20 shows and all but two have not sold out," said Pauline Moffat, retiring president and CEO of IndyFringe.

All shows, from live music to dramas and comedy, have been held outside in the pocket park adjacent to the theater building just off Mass Ave.

Capacity is capped at 100 people with tables six feet apart. Moffat said it's worked well, but knows changes are in the air and temperatures are dropping.

That's why they've built what she calls "cocoons," or windbreaks, set up around tables meant to block the wind. They also bought propane heaters and blankets.

"It gets cozy with a combination of things," she said.

The goal? To keep audiences coming and performers working, while breaking even. She said Fringe has paid performers, "that's income they're receiving."

This weekend and next, Fringe is hosting OnyxFest. It showcases the work of Black playwrights, an annual fest that seems especially timely this year.

Credit: WTHR
Vernon Williams is one of the Black playwrights being featured during OnyxFest at IndyFringe.

"It's a series of vignettes that take us through some experiences of history and some of today's challenges, it's a mix," he said.

"We're good and experimenting, we'll figure it out," she said. "And theater people are great problem-solvers and IndyFringe can figure out how to build anything anywhere, so we'll have a program."