Michael Sheldon appears in the fourth episode of Netflix's "Sing On," which was released on the streaming platform Sept. 16. 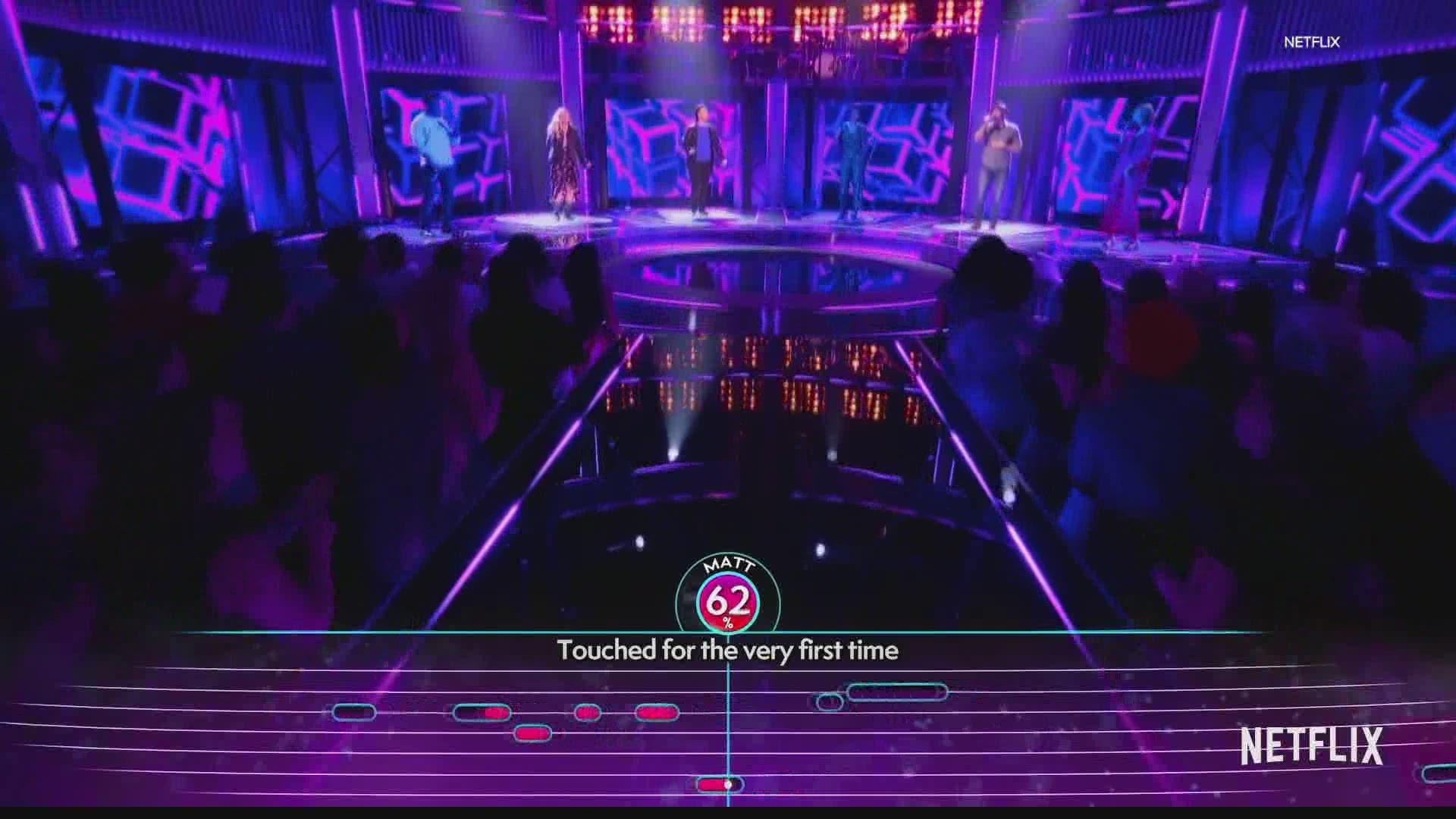 INDIANAPOLIS — "It's the ultimate karaoke contest: Massive chart topping hits, six contestants and a jackpot of up to $60,000."

That is how Netflix describes its new karaoke competition show, "Sing On!" and an Indianapolis man was lucky enough to have landed on the show.

Michael Sheldon said he actually filmed the show a year ago and has been keeping it a secret all this time.

"Yeah, so I had found out about the show through a casting site and then had a couple of interviews," Sheldon said. "I'm originally from Chicago, and they said, 'hey, can you come out to Chicago,' and I said, 'sure.'"

He said he still can't believe he was on such a big stage like Netflix.

"It's actually mind-boggling to me that this is a worldwide show that 190 countries can watch. This is crazy," Sheldon said.

13Sunrise anchor Julia Moffitt asked Sheldon if he considered himself a great singer.

"Well, I would like to think so. I've been singing since I was 7 or 8. I went to school for music," Sheldon said. "That's my passion, so the fact that I'm just able to sing my heart out on Netflix is crazy."

In a move reminiscent of the video game "Rock Band," contestants sing hit songs while a graphic at the bottom of the screen tracks how close they are to hitting the right notes and intonation of the original track.

Each of the eight episodes has a theme and over the course of the season, many people with great voices go home after forgetting exactly how the song goes or for getting too fancy with their own renditions.

"One of the artists on the show is John Legend, so we had a John Legend song, and we had to sing it nearly identical to his tone and his pitches," Sheldon said. "I loved karaoke games growing up, so it's very full-circle for me that I'm on a show that's basically the karaoke game I played when I was in seventh grade."

"Unbreakable Kimmy Schmidt" actor and Broadway star Tituss Burgess is the host of the karaoke competition.

RELATED: Everything coming and leaving Netflix this month

"Now that it's out in the world, I've watched it like three times already, and I've watched a few other ones just to see like how it all works and the different genres too," Sheldon said. "My episode is the love songs episode, so we have a whole bunch of different pop/love ballad-type songs. There's country episodes, there's movie episodes, so there's something for everybody."

Sheldon dreams of becoming a professional singer one day.

"I record my own music, and I'm releasing an EP next month, and you can find my music on all platforms," Sheldon said. "I've taken a lot of skills and knowledge from this experience, and it's grown my confidence and just validation of singing."

Sheldon appears in the fourth episode of "Sing On!," titled "Love Songs."