Tiffany Billingsly cited a microwave fire among her qualifications for the Food Network competition. 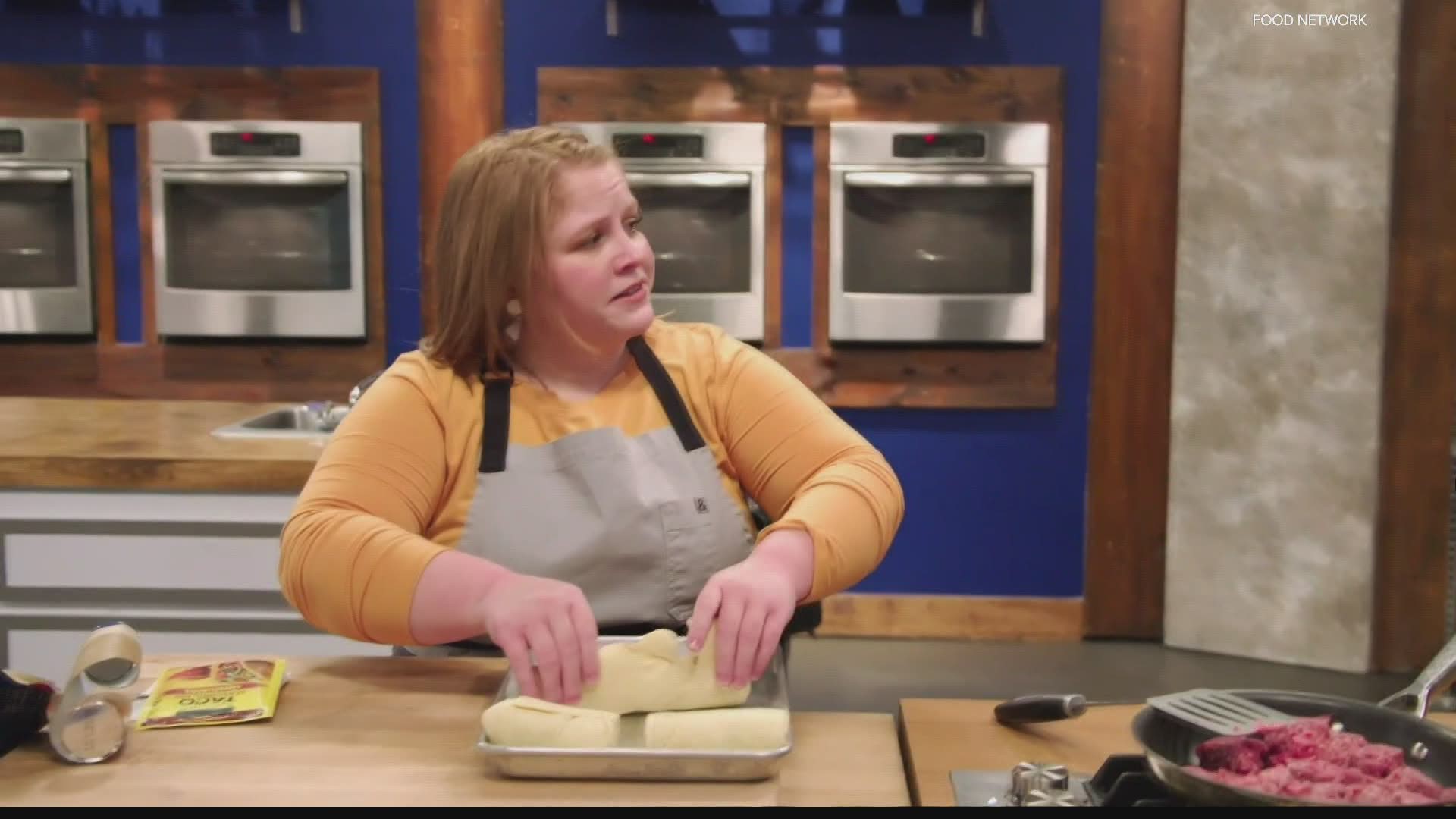 GREENWOOD, Ind. — Tiffany Billingsly knows she can't cook, at least not until recently. But her lack of skills in the in the kitchen won the Greenwood mom a spot competing on the Food Network show "Worst Cooks in America."

At home, Billingsly lets her husband, Andy, do the cooking for their family of four.

"One of the first times we were dating, she cooked for me," said Andy, who obviously was not impressed with the meal. "I was like, 'Okay, so we'll just go out to eat a lot.'"

"The few times I do cook, it's just not edible, generally speaking," said Tiffany. "Last New Year's Eve, I may or may not have accidentally started a microwave fire trying to cook pizza rolls for my kids at my cousin's house."

Tiffany's deficiencies in the kitchen made her the perfect recruit for the show "Worst Cooks in America" on Food Network, in which Chef Carla Hall and Chef Anne Burrell try to convert a team of kitchen disasters into meal masters through cooking challenges.

Credit: Food Network
Tiffany Billingsly and 13 other contestants are competing to win $25,000 on Food Network's "Worst Cooks in America."

The first episode of Season 21 aired Sunday night. The Billingsly family tuned in to watch mom on TV.

"I was just not watching it very often," said Tiffany's 6-year-old son, Bentley. "I like kids' shows."

The first episode required contestants to prepare a family favorite dish. Then the chefs picked teams. Tiffany was placed on the blue team coached by Chef Carla Hall. The teams were given instructions and one hour to prepare Asian takeout dishes. The worst cook on each team was eliminated by a taste test and based on their performance in the kitchen.

Tiffany survived the first episode and even received a compliment on her cooking.

"Your sauce is delicious," Hall told her.

"Dee-licious - those two words - that one word, two very large syllables, have never been used on my food," said Tiffany.

Delicious is three syllables, but Tiffany is focused on improving her cooking, not her grammar. She recorded the shows in New York from mid-September through the end of October. She now finds joy in cooking and feels competent in the kitchen.

Credit: Food Network
Greenwood's Tiffany Billingsly got a compliment for her sauce on the first episode of Food Network's "Worst Cooks in America."

"I would say competent is a good word," said Tiffany. "I don't think I'm an accomplished chef by any means, but I can definitely not catch the microwave on fire. I have a few more skills in my pocket than I did before."

"Not all the time," interjected Andy.

Tiffany can't reveal how she finished on the show, but the winning cook wins $25,000.