Sunrise departs for London to cover the royal wedding 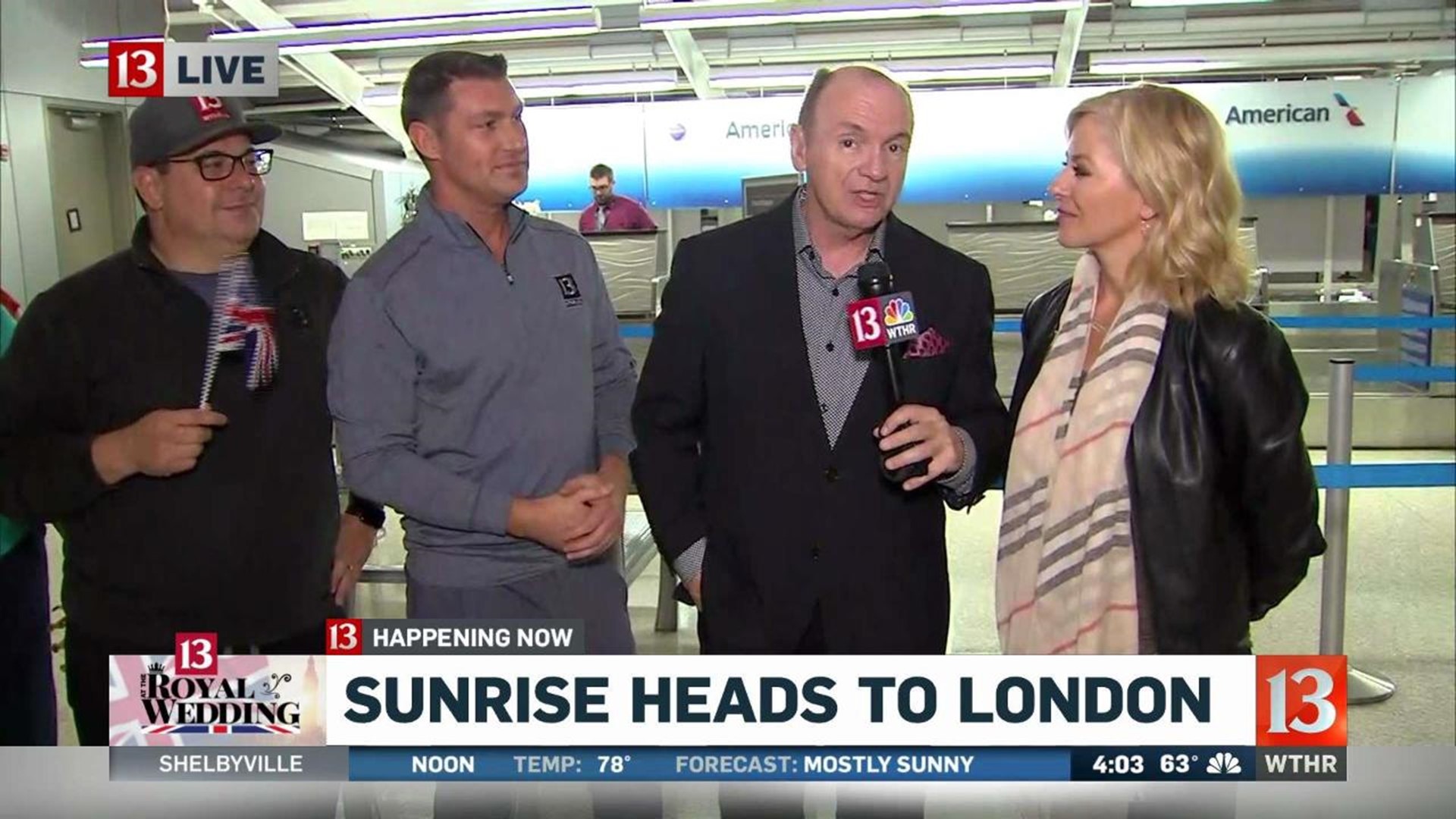 They were joined by four members of the behind the scenes Eyewitness News team for a week of royal wedding coverage starting Monday.

The team met at the American Airlines counter early Friday and were greeted by members of WTHR management for a sendoff before their trip.

Watch Sunrise all next week for an exclusive look at the United Kingdom's preparations for the marriage of Prince Harry to American actress Meghan Markle.